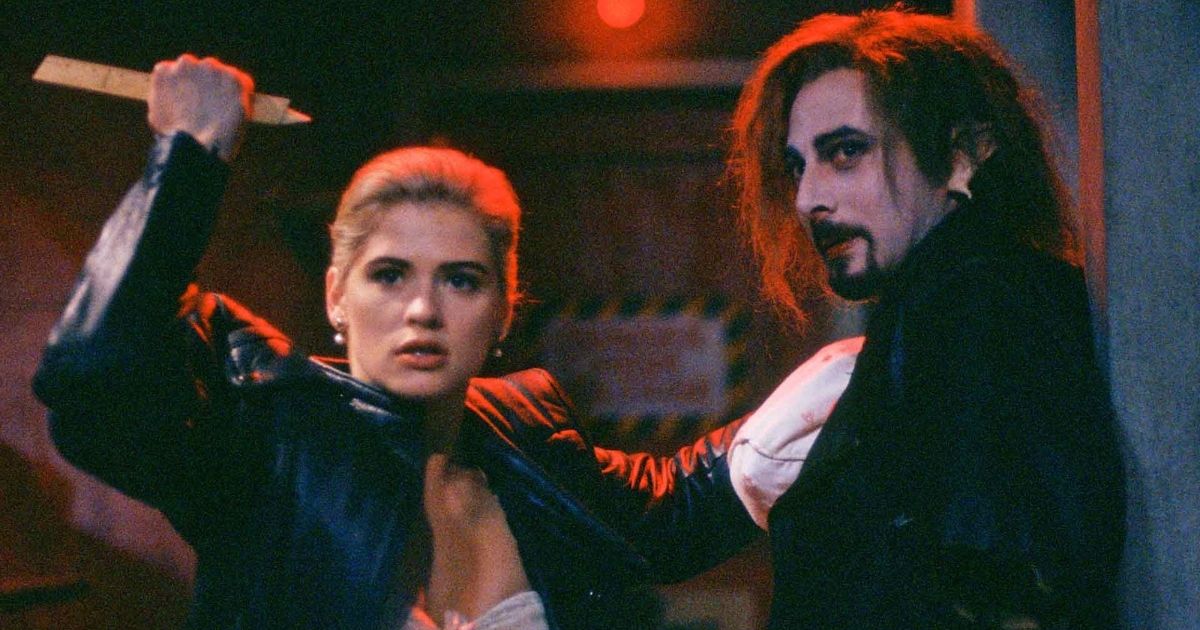 As the change in weather is upon us, we are reminded of autumn and all its merits. Leaves are ablaze with red, orange, and yellow, cozy oversized sweaters, pumpkin spice everything, and, of course, Halloween. Also known as All Hallows Eve, which means “hallowed evening”, Halloween, as we know it today, is rooted in the ancient pagan festival known as Samhain, wherein the world of the gods was believed to be revealed to the mortals. Furthermore, it is thought that the veil between the living world and the land of the dead is thinner on this particular day, thus allowing the living to connect with the dead. Samhain was also known for bonfires, feasts, and sacrifices to the gods. The celebration would begin on the eve of October 31st and carry over into November 1st.

Just to be clear, we are talking about the original 1996 version of The Craft, not the 2020 reboot The Craft: Legacy. No offense to David Duchovny, but the reboot just didn’t live up to the original. This 90s teen-friendly horror-drama centers around Sarah, a new student at a Catholic prep school, who is quickly befriended by a trio of outcasts who invite her to join their coven. Once they discover their powers, they use them for anything, from love spells to all-encompassing power. If witchcraft is your poison this Halloween, The Craft delivers.

Related: It seems the Vampire Craze is Back in Full Swing

Hocus Pocus is a Halloween classic for all ages. In the film, legend has it that if a virgin lights a black flame candle on Halloween night, it will summon the notorious Sanderson Sisters from the dead for one night. Enter: Max, a newcomer to Salem anxious to impress his crush, Allison. Once the witches are summoned, they are on a mission to steal the souls of every child in Salem to restore their youth and ensure their survival beyond All Hallows Eve. You can catch the recently released sequel Hocus Pocus 2 on Disney+.

The Witch is a folk horror film starring Anya Taylor-Joy in her feature film debut. It is the tale of a puritan family who is terrorized by a witch in the New England wilderness in the 1630s. The film is modest in its depiction of horror, but frightening all the same. Famed horror author Stephen King tweeted about the film: “The Witch scared the hell out of me. And it’s a real movie, tense and thought-provoking as well as visceral”

If you are in the mood for a fun, campy vampire flick that will provide a side of quick wit and comedy with your bloodthirsty monsters, Buffy the Vampire Slayer is sure to satisfy your craving. Kristy Swanson stars as the original teen slayer, opposite Donald Sutherland as Merrick, her loyal Watcher. The film hails an all-star cast including David Arquette, Rutger Hauer, the late Luke Perry, Paul Reubens, and Hillary Swank.

Daybreakers take place in a plague-ridden world, where 95% of the population are vampires. Facing a dwindling food supply, vampire hematologist Dr. Edward Dalton (Ethan Hawke) searches for synthetic blood that can sustain vampire life, when he crosses paths with a rogue group of humans and vampires trying to save the human race from extinction. If you crave a vampire flick that offers more than the traditional fare, Daybreakers is sure to please.

From Dusk Till Dawn is a fun, offbeat, and pulpy vampire flick, starring George Clooney and Quentin Tarantino as the infamous Gecko Brothers. In a bid to cross the Mexican border, the pair take a family hostage and seek refuge at an inconspicuous truck stop. While waiting for their partner Carlos at the nearest dive bar “Titty Twister”, things take a deadly turn as it is revealed to be inhabited by a coven of vampires.

Wolf is a 1994 horror drama featuring Jack Nicholson and Michelle Pfeiffer. When down on his luck publisher Will Randall is bitten by a wolf, his whole life is turned upside down as he slowly begins transforming into the beast who bit him. It isn’t all bad, though: he is rejuvenated with energy, hyper-aware, and earns back the favor of his boss, while simultaneously winning the heart of a beautiful woman.

Ginger Snaps is arguably one of the best werewolf movies ever made due to its unique spin on your typical werewolf movie. The film follows two teen girls whose world is upended when one of them is bitten by a werewolf. If you are into lycanthropy, and you haven’t yet seen it, Ginger Snaps is a must-see this Halloween. If you are already a fan you’ll be happy to know the cult-horror film is being adapted for the small screen with a Ginger Snaps TV series.

Silver Bullet is a 1985 horror film based on the Stephen King novella Cycle of the Werewolf. The film stars Corey Haim and Gary Busey. Haim plays Marty, a young disabled boy who becomes transfixed on a string of mysterious murders in his hometown. While the majority of the population believes a maniacal killer is on the loose, Marty has another theory: werewolves. Felix Vasquez Jr. of Film Threat states “When I think of great horror films, when I think of great werewolf films, and when I think of a great King film, I think of this.”

1/12 An American Werewolf in London

If you prefer your werewolves with a side of comedy, then An American Werewolf in London is sure to satisfy. On a tour of Britain, two young Americans are attacked by a werewolf. Shortly thereafter, the only survivor begins having strange visions and dreams, wherein recent victims of similar attacks appear to him, begging him to kill himself and relieve them of their curse. The film is widely regarded as one of the best werewolf movies of all time and, since its 1981 release, has built a strong cult following.