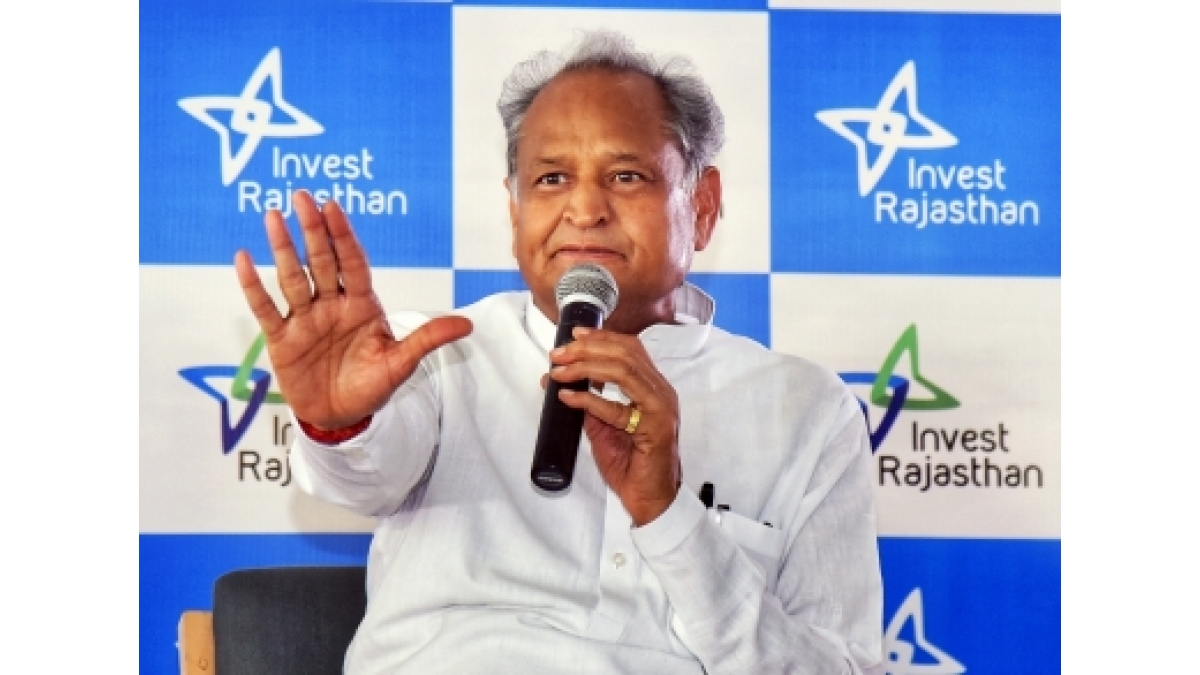 520 out of 4,192 MoUs/LOIs implemented before Invest Rajasthan summit: CM

“Hence, we have set the theme of the Invest Rajasthan Summit 2022 as ‘Committed-Delivered’,” he said at a press conference at the CM’s residence.

He said that road shows were organized at international, national and state levels from November 2021 to September 2022 before the Summit, and 4,192 MoUs/LOIs totalling Rs 10.44 lakh crore signed. Out of these, 520 have been implemented and 1,160 are in various stages of implementation, or a total of 1,680 MoUs or LoIs are under implementation or in the implementation stage, which is about 40 per cent, he said.

The foundation stone and inauguration of some of the major MoUs/LOIs will be done at the inauguration ceremony of the summit on October 7.

Gehlot also said that the objective of this summit is to attract new investment opportunities available in various growing and developed sectors in Rajasthan. Along with new investments, the other important objectives are employment generation and establishing the state as an industrial destination.

The two-day summit will, after the inaugural session in the presence of seberal dignitaries, have parallel sectoral conclaves will be organized on NRR, tourism, startups, future ready sector, and agri business.

In these parallel sectoral sessions, eminent personalities from their respective sectors have been invited as speakers. Each session organized under the summit will be different in itself, which will reflect the image of a developed Rajasthan, he said.

On the second day, an MSME conclave will be organized to promote the development of small businesses and new investment possibilities available in this area will be discussed.

The dignitaries attending the summit include L.N. Mittal of the ArcelorMittal Group, Gautam Adani, the Chairman of the Adani Group), C.K. Birla of the C.K. Birla Group, Puneet Chatwal of the Indian Hotels Company, Dr Praveer Sinha of Tata Power Company Ltd, Kamal Bali of the Bolyo Group, Ajay Shriram of DCM Shriram, Anil Agarwal of the Vedanta Group, B. Santhanam of St. Gobain, Sanjeev Puri of ITC and many others.

Gehlot also said that the energy sector has emerged as the main investment sector with 57 per cent of the proposed investment being in the implementation or under implementation phases of the MoUs/LOIs. Apart from this, chemicals and petrochemicals comprise 18.2 per cent, textiles 9.5 per cent, petroleum and gas 5.9 per cent, and cement 4.6 per cent.

Also announcing the winners of Rajasthan Ratna Award on this occasion, he aid that this year it will be given to Justice Dalveer Bhandari, Justice R.M. Lodha, industrialist Anil Agarwal, industrialist L.N. Mittal, Sheen Kauf Nizam, and K.C. Male.