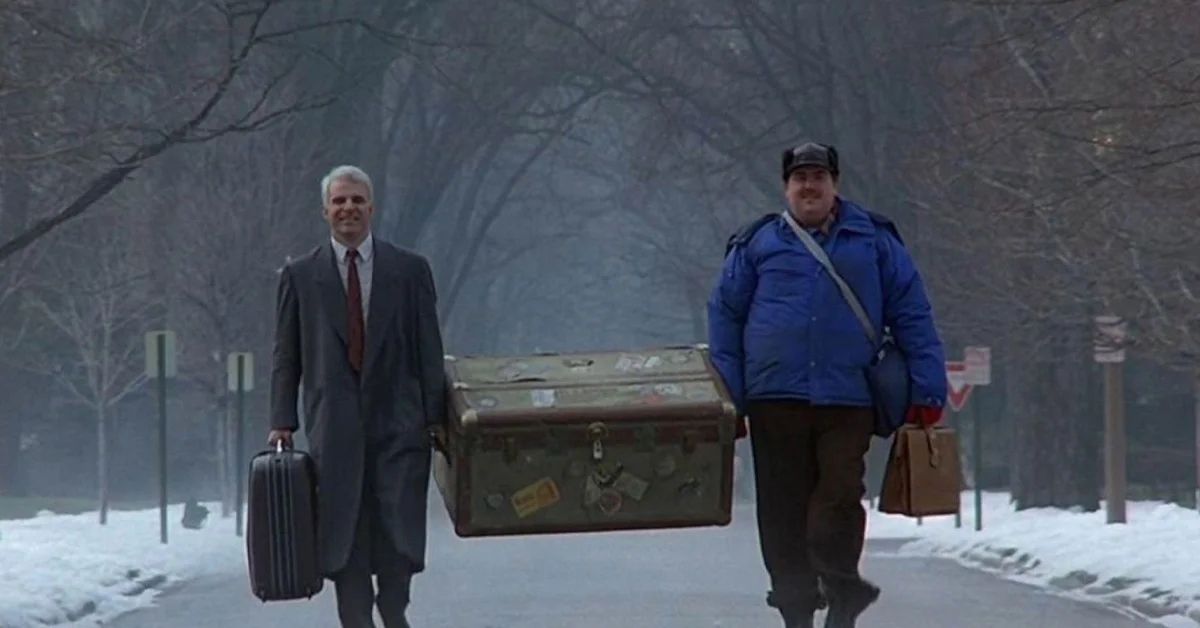 8 Earliest Movies That Had a Post-Credits Scene in History

Thanks to the MCU, post-credit scenes have become normal with most expecting modern films to have some sort of post-credit scene. These scenes took off as they revealed more and more and were the perfect way to set up a potential sequel for the film. For example, in the post-credits scene in Pirates of the Caribbean: At World’s End, Elizabeth is seen with a 10-year-old boy at the shore, and as Elizabeth looks out onto the coast, she sees Will’s ship. This is just one of many recent post-credits scenes that are a mini-epilogue to the story and add a little more anticipation to what the story may hold next.

Updated October 13th, 2022: If you found this article on earliest post-credits scenes in film history interesting, you’ll be happy to know it has been updated with additional content and titles.

While post-credits scenes are commonplace now, they never used to be. Most recently, The Batmanused a post-credits scene in an innovative way. However, in earlier cinema, at a time when most credits came at the start of the film, there was never any such thing as a post-credit scene until 1966. Dean Martin’s James Bond-esque film The Silencers is the very first instance of a movie with a post-credits scene. Of course, these scenes didn’t take off right away and, more often than not, the credits were filled with bloopers from the film as seen in The Cannonball Run rather than having an actual post-credit scene. These are the earliest movies that had post-credits scenes.

The first-ever film to have a post-credit scene was The Silencers. Featuring Dean Martin and Daliah Lavi, The Silencers follows secret agent Matt Helm who comes out of his retirement to stop the Big O from generating global nuclear conflict. The film is based on the novel of the same name by Donald Hamilton. The spy spoof was popular enough to warrant the creation of three follow-up films.

The Silencers did not age well and featured a ditzy sidekick to Helm who simply serves as eye candy for the audience. The post-credit scene didn’t really go anywhere as it was just a scene of Helm surrounded by beautiful women with the caption “Matt Helm Will Return,” simply setting us up for a sequel.

She-Devils on Wheels is a biker film that revolves around an all-girl motorcycle gang called The Man-Eaters as they terrorize their small town. The gang rules the road and has only one rule: don’t fall in love. This unique film cast real-life female motorcycle club members from the Iron Cross motorcycle club.

In the post-credit scene, the police release the leader of the gang, Queen, from jail due to a lack of evidence. After being released, Queen rejoins her gang, and they all ride out of town together. She-Devils on Wheels is yet another example of one of the very first post-credit scenes, but unlike the scene in The Silencers, this scene is actually an epilogue to the story.

Based on the Dark Shadows TV series and inspiration for the Tim Burton remake Dark Shadows, House of Dark Shadows follows the life of vampire Barnabas Collins. After he is released from his coffin by a local drunk, he is now free to roam the Earth. As he feasts on the blood of the living, his main focus is on that of his family’s governess Maggie, whom he believes to be his long-lost love reincarnated. The post-credit scene features Barnabas’ body transforming into a bat before vanishing into the darkness, a set-up for a sequel that arrived one year later in the form of Night of Dark Shadows.

Kermit, Miss Piggy and the rest of the beloved, charming Muppet members made their cinematic debut in the 1979 musical road comedy The Muppet Movie, which follows the lovable green frog as he heads out to sunny Los Angeles to pursue a career in show business. Along the way on his cross-country adventure, Kermit meets an array of eccentric, colorful Muppets who join the character on his thrilling journey to Tinseltown. The feel-good ’70s classic was a smash hit with both moviegoers and critics, earning two Academy Awards and launching a lucrative multimedia franchise centering on the eccentric puppets.

Related: Explained: A History of Post-Credits Scenes in Hollywood Movies

In the charming post-credits scene, the characters are watching their story unfold while sitting in a movie theater, joking with one another as the credits roll and encouraging audiences to wait until the very end before leaving. When the credits are complete, the zany Animal hollers at viewers to “Go home!” and tells them goodbye, before falling over from all the excitement.

Airplane! is a spoof comedy of disaster movies released in the 70s, one of the first of its kind. The passengers and crew of the plane succumb to food poisoning, landing the plane is left to a drunk ex-fighter pilot and his ex-girlfriend. Airplane! earned the status of being at the top of Empire magazine’s “50 Funniest Comedies Ever” in 2012 and has been preserved by the United States National Film Registry. The post-credit scene features a call-back to a taxicab passenger abandoned at the beginning of the film who says that they will give the driver twenty minutes to come back.

Following the life of a teenage Sherlock and his partner in crime-solving John Watson, Young Sherlock Holmes is a film beloved by many. During their time together at boarding school, Holmes and Watson investigate a series of mysterious deaths on campus. As Holmes hones in on the possibility of a poisonous hallucinogen, he and his partner stumble upon a bizarre cult and must struggle to escape with their lives. In the post-credits scene, it is revealed that Ethar, the man who was thought to be dead, is really alive and checks into an inn under the name “Moriarty,” foreshadowing his role as the recurring villain in Holmes’ adventures.

Based on the popular Mattel toy line of the same name, the cult classic film Masters of the Universe features Dolph Lundgren as the fierce and mighty He-Man, a superhuman hero who along with his brave friends sets out to protect the universe from the nefarious villain Skeletor.

Despite failing to make a splash at the box office and with critics, the exciting flick went on to develop a passionate fan-following and was Lundgren’s first leading role following his overwhelming success in Rocky IV. In the short but memorable post-credits scene, audiences watched as Skeletor’s head surfaces from the water in the pit he was knocked into, ominously declaring to viewers “I’ll be back!”

Starring the hilarious comedic duo of John Candy and Steve Martin, Planes, Trains and Automobiles follows the story of marketing executive/control freak Neal Page who is stranded by a Thanksgiving storm and is forced to bunk with talkative salesman Del Griffith. Though the two have their differences, they must overcome their troubles to reach their destination to be with their families for the holidays.

In the post-credits sequence, executive Will Windom is shown examining the dame photos Neal was waiting for him to finish looking at the start of the film before the Thanksgiving holiday. Planes, Trains and Automobiles has been subject to universal acclaim, making it a Thanksgiving tradition in many households.

The third installation in the Lethal Weapon series, Lethal Weapon 3 follows police detective Roger Murtaugh (Danny Glover) and his partner Martin Riggs (Mel Gibson) as they become dragged into an internal affairs case. Working alongside Sergeant Lorna Cole and their informant Leo Getz, the detectives come close to making a breakthrough when they discover a corrupt cop, Jack Travis, is involved.

Lethal Weapon 3 became the highest-grossing film in the franchise and was followed by Lethal Weapon 4. In the post-credits scene, Riggs and Murtaugh are called to another building. Debating whether to go or not, the building then explodes. In a freeze-frame, Riggs then remarks “I hope no one saw us.”

One of the many Muppet films that remains in the hearts of audiences is Muppet Treasure Island. A Muppet retelling of the story of Treasure Island told by Robert Louis Stevenson, Muppet Treasure Island follows the story of orphan Jim Hawkins stumbles upon a treasure map and manages to kick off an expedition to find the location on the map. With the appearance of the ever beloved characters Kermit the Frog, Gonzo, Rizzo, and Ms. Piggy, the film also features appearances from Tim Curry and Billy Connolly. In the post-credits scene, Long John Silver marooned on Treasure Island is forced to listen to bad jokes from a stone tiki.