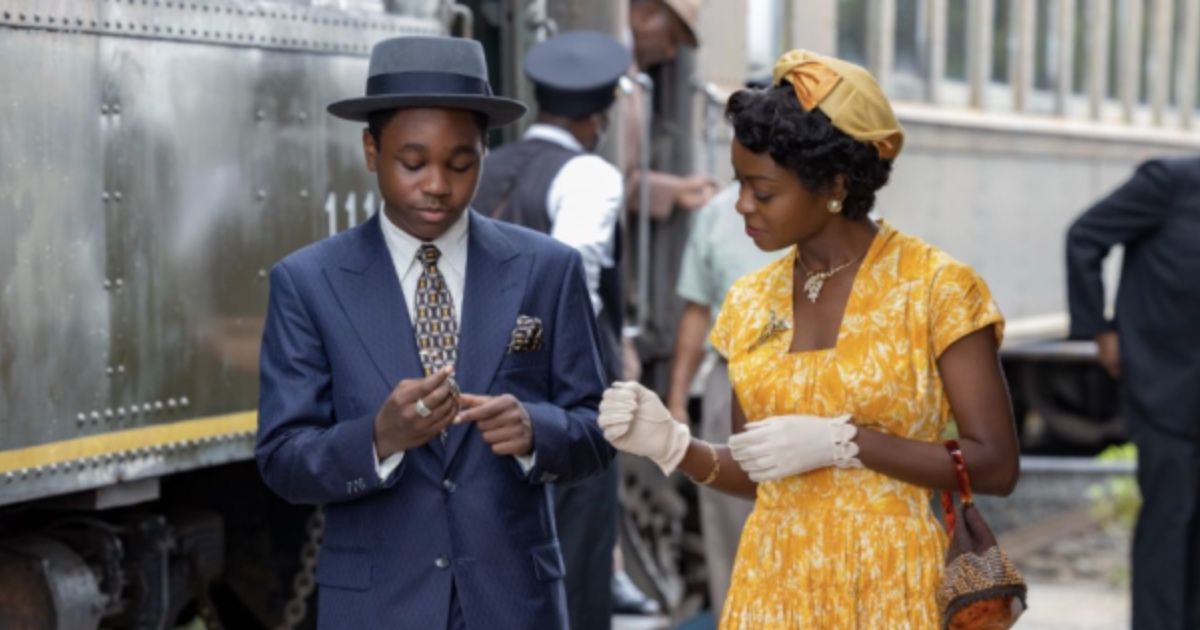 Sixty-seven years after the brutal murder of fourteen-year-old Emmett Till in Money, Mississippi, the United States Congress finally passed the Emmett Till Antilynching Act. During the time that has passed since the lynching of Till a lot has changed for African-Americans in the United States, much in part to the efforts of the Civil Rights Movement and organizations like the NAACP. But, at the same time, the situation still has not improved to the level where one can say that nonwhite citizens in the United States have equal rights and opportunities. The woman who accused Till, leading to his death, is still alive in 2022 and, according to CNN, only recently evaded indictment for the charges of kidnapping and manslaughter. It seems timely that the film Till, many years after the events that happened in Mississippi, reminds America of its history.

Chinonye Chukwu directs Till, and she recently gained acclaim as the first Black woman to bring home the Grand Jury Prize at Sundance Film Festival for her 2019 film Clemency. Keith Beauchamp, backed with decades of research and working with Mamie Till-Mobley, the mother of Emmett Till, on a documentary about her son’s life, is one of the co-writers along with Chukwu and Michael Reilly. Till is a movie decade in the making, gaining production support from Whoopi Goldberg, Beauchamp, and Barbara Broccoli, among many others. Chukwu joined the team three years ago, in 2019, under the premise that the script would be rewritten to be told from the perspective of Till’s mother: Mamie Till-Mobley.

And so the script was redone, and Danielle Deadwyler (The Harder They Fall, Paradise Lost) was cast in the leading role of Mamie. Her performance anchors the movie, potentially putting her into Oscar territory with the emotional scenes and strength she shows as Till’s heartbroken, angry mother. Opposite of her, portraying her son Emmett, is Jalyn Hall. Frankie Faison (The Wire) and Whoopi Goldberg portray Mamie’s parents, while Cyrano’s Haley Bennett assumes the role of Carolyn Bryant. Jayme Lawson, Tosin Cole, John Douglas Thompson, and Sean Patrick Thomas all play supporting roles.

The story of Emmett Till might be a forgotten tale in American classrooms, but it takes place in 1955. Emmett (Hall), affectionately called Bo by his mother, is a fourteen-year-old boy raised in Chicago. His mother, Mamie (Deadwyler), who was born in Mississippi, moved up to Chicago with her now-divorced parents as a young woman, but when her uncle comes up to visit Chicago, Emmett becomes curious about what life is like where his cousins are. Mamie is undeniably afraid about sending her son down to the American South, as he has never been exposed to the hatred and conditions that African-Americans faced in their everyday lives down in Mississippi. But, with assurance from her mother that everything is going to be alright, she allows Emmett to adorn his deceased father’s ring and warns him that he must act differently down in the South towards white people.

It is in Money, Mississippi, where Emmett whistles at a young white woman behind the counter of a local grocer. This store in particular is noted to have a largely African-American clientele, but she reacts violently, running for her truck and a loaded gun. Everyone evacuates the premises quickly as she storms over to the truck, and, after three days, it seems like everything will be okay for Emmett, that she might have kept what happened to herself and told no one. His cousins and he decide not to tell his great-uncle, but when the woman’s husband and a friend storm into the house one day, armed, they take away Emmett. The perspective of the film then switches completely to Mamie, who wakes up the next day to a phone call saying her son is missing.

As Mamie’s family and friends gather, her cousin, who works as a lawyer, begins to get the local government, press, and NAACP chapter involved with the search for Emmett. Three days later, when his body is found floating in a lake, so begins the long haul fight for justice. Mamie, upon seeing her son’s body for the first time, decides to hold an open casket funeral to show the world what has been done to her baby, making the press about its increase. When the time comes, Mamie, accompanied by her father, decides that she needs to make the journey down to Mississippi in time for the court trial to try and bring home justice for her son. Even if the jurors, who most likely share the same viewpoints as the people who did this, and crooked testimonies will obstruct everything they have worked for so far, Mamie feels the need to do this.

Related: The Best Movies About Politics From the 21st Century, So Far

One of the most remarkable aspects of Till as a movie is its refusal to show violence on Black bodies; when the name Emmett Till is historically brought up, the first thing to come to mind is the unjust horror inflicted upon him. Till refuses to show the act that ultimately ends his life, instead choosing to cut to the world outside where witnesses, a Black family working on the grounds, can easily hear what is happening. Instead of commodifying and objectifying Emmett’s mutilated body, Mamie’s reaction is shown first when he finally arrives home. The body is fully shown at the same time when the world sees it—at the open casket viewing—and that is the only time the horrific violence inflicted upon Emmett shows itself visually.

As a film, Till is very much a cinematic experience. The camera lingers in open doorways and mirrors, peeking in intimate moments where Mamie’s worst fears, and her darkest feelings and thoughts, seem to become even more pervasive when alone. Throughout the film, except for the fateful night where Emmett is kidnapped, the color palette is very bright, with period-specific music weaving its way through the scenes. Some of the shots, including when Mamie finds out that Emmett’s body has been found, take inspiration from horror films, exacerbating how what happened truly is a horrific event. Sound plays a key role throughout, with well-timed crescendos heightening dramatic, emotional moments and then moments of silence, such as during Emmett’s casket viewing, to allow what is happening on the screen room to exist as it is.

But, most importantly, in a world and history where Black women are denied power and visibility, what Till does it give the character of Mamie the chance to be seen. This is not only done through the story but the technical decisions. As Mamie confronts the people who did this in Mississippi, giving a moving testimony in court about how she knew that the body was her son’s, the camera refuses to turn away from her monologue. It stays fixated on her face, with the defendants and prosecutors questioning her off-camera. This subtle decision allows her the chance to have agency in her own story, not giving the moment to shine to anyone else, especially the white men who have allowed this to happen.

What is done in the court scene is not an isolated incident throughout the movie; through the framing of shots and characters, Mamie is not seen as small or off-center in her own story. Deadwyler brings to the table an incredible performance in the role of Mamie, standing out as someone to watch throughout the film. Whether she throws herself onto her son’s casket, weeping, or stares at her reflection in the mirror, she delivers nuance, quiet resolve, and simmering anger for justice, which comes across clearly throughout the movie. Jalyn Hall, too, does an exemplary job of showing that Emmett was just a fourteen-year-old boy who liked movie stars and having fun with his family and friends and was the victim of racial hate.

There will be critiques of Till. As a movie, it begins to drag towards the middle of the film, only picking up when Mamie decides that it is time to advocate for her son and African-Americans as a whole. Others may see it as an opportunity to drag up old ghosts from the depths of the closet of American history, that it is simply a movie bringing up old traumas. However, Till is successful in what it seeks to do. It brings a spotlight to the story of Mamie, who is an underrated figure in the movement for civil rights in America, and several other key figures active during the South that fought to get Emmett’s case to the courts and press. In a time when American history is being revised and books are banned, movies like Till serve as a reminder of a not-so-distant past.