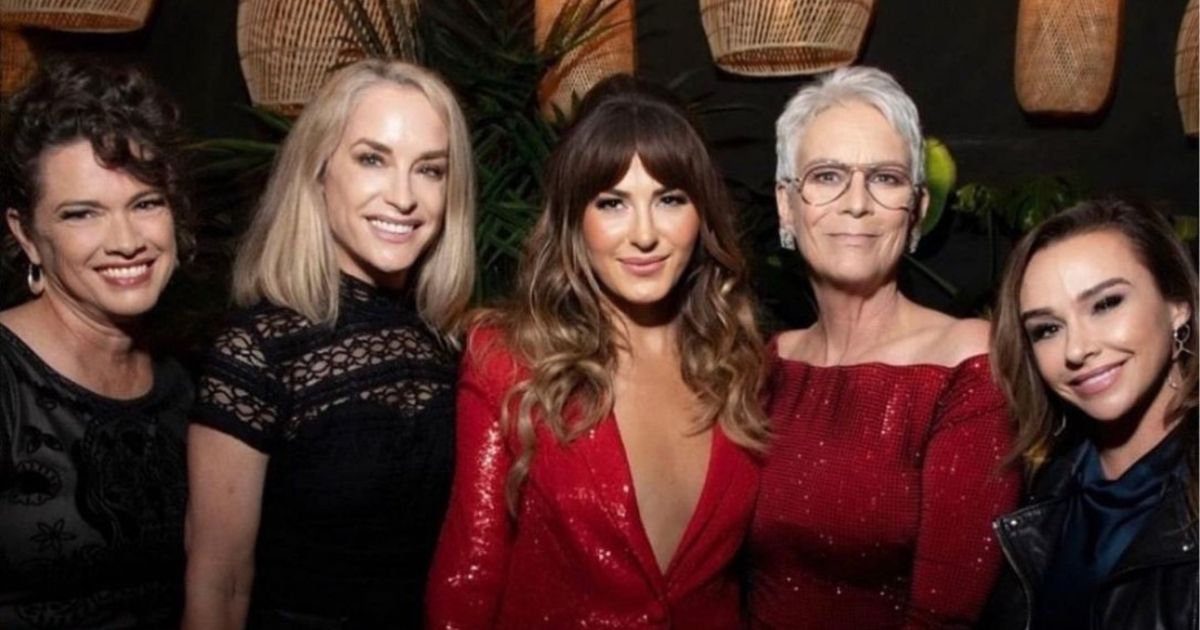 Five fan favorite scream queens have come together for a moment that has horror fans excited. On the red carpet at the Halloween Ends premiere, Danielle Harris spoke with Variety about how she still hadn’t met her fellow Halloween franchise star, Jamie Lee Curtis. While Harris played Laurie Strode’s daughter in one of the Halloween timelines, she had never crossed paths with Curtis on a film set or elsewhere.

“Well, I can’t wait to meet her,” Harris said when asked about Curtis, determined to make his long-awaited meeting happen. “I’m looking for her. I’m gonna corner her and tell her how much I appreciate her for setting the bar so high for all of us women in horror, because she really did start it for us, so we’re very appreciative.”

Harris was attending the event with Scout Taylor-Compton, who played Laurie Strode alongside Harris’ Annie Brackett in Rob Zombie’s Halloween movies; the two also co-host the Talk Scary to Me podcast. The pair did manage to meet Curtis that night, and as it turns out, they weren’t the only classic horror stars in attendance, as A Nightmare on Elm Street stars Heather Langenkamp and Amanda Wyss were also present. All five scream queens took a photograph together to mark the occasion which has been shared to social media.

“Well, it finally happened,” Harris said when posting the photo to Instagram.

“Such BADASSERY in one photo,” adds Taylor-Compton with her own post on Instagram, teasing more details about the meeting to come on their next podcast episode on Tuesday.

You can see the post featuring the five scream queens together below.

Will Danielle Harris’ Jamie Lloyd Do Battle With Michael Myers Once Again?

Jamie Lee Curtis has been treating Halloween Ends as her last hurrah for Laurie Strode, as there are no plans to develop any more movies in the Halloween series. But we can be sure that Michael Myers will return in future installments, even if the Michael vs. Laurie saga is finally over. Perhaps he can go to battle with another major star from the Halloween series by having Danielle Harris return as an older Jamie Lloyd in a Halloween movie that only acknowledges parts 4 and 5, as Harris’ character was recast and killed off in the sixth film.

“15 years ago this weekend my career changed the rest of my lives path,” Harris said in September in an Instagram post celebrating the anniversary of Rob Zombie’s Halloween. “I’m forever grateful to all my fans for welcoming me back into the ‘Halloween’ franchise with so much love and support. I LOVE the horror community and the forever friends I’ve been making along the way! Now we just need to bring ‘Jamie’ back for a final showdown with the Boogeyman…”

Halloween Ends will premiere in theaters and on Peacock on Oct. 14, 2022.