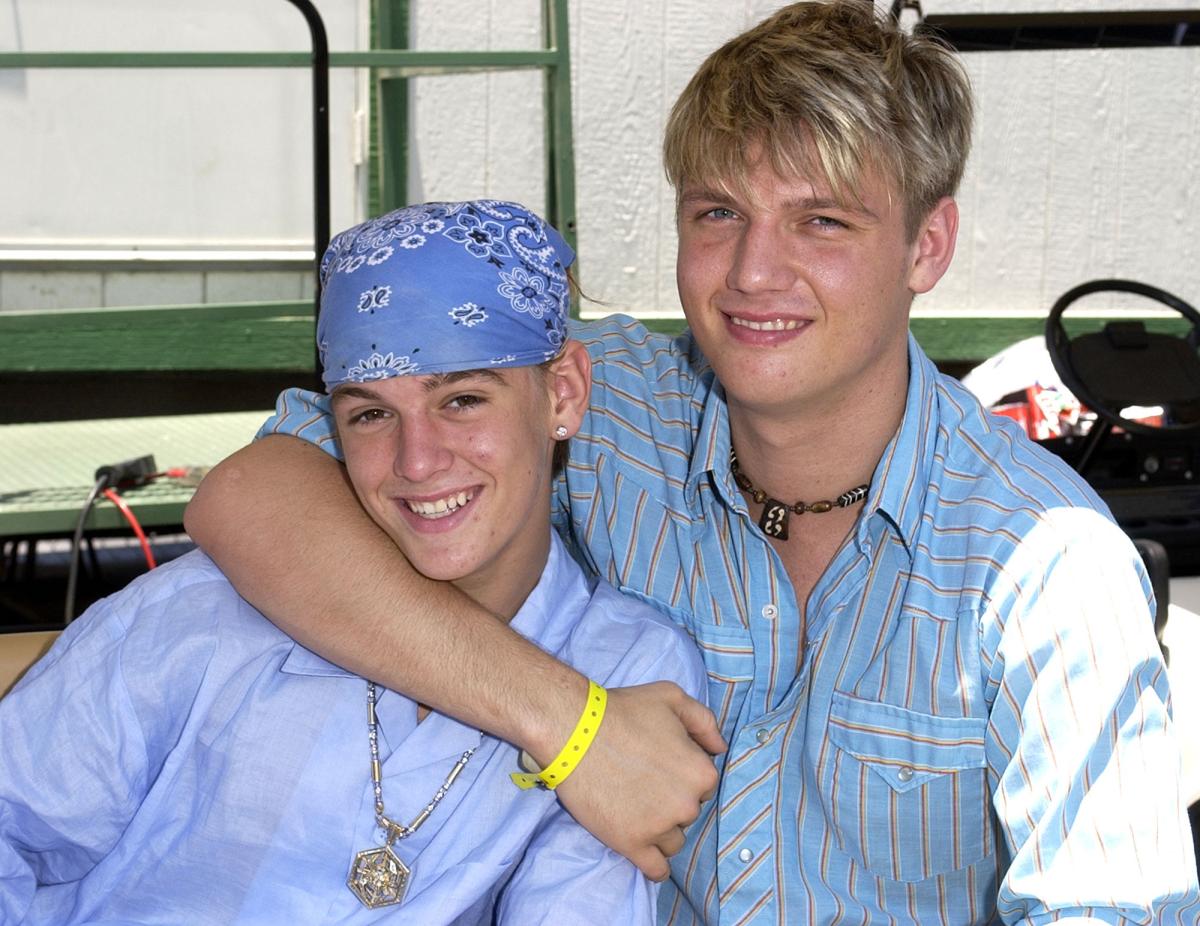 Aaron Carter had a tumultuous relationship with several of his siblings, including Nick Carter, ahead of the singer’s Nov. 5 death.

The brothers, who were born three years apart, toured together for many years in the ’90s and early aughts, with Aaron often singing as the Backstreet Boys’ opening act.

While Aaron did not attend his older sibling’s April 2014 wedding to Lauren Kitt, the siblings went on to celebrate holidays together and support each other’s careers via social media.

In September 2019, however, Nick, along with sister Angel Carter, filed a restraining order against Aaron, which was granted two months later.

The Backstreet Boys member, 42, claimed that Aaron had confessed to “harboring intentions” of killing Nick’s then-pregnant wife and their unborn child.

“After careful consideration, my sister Angel and I regret that we were required to seek a restraining order against our brother Aaron today,” Nick tweeted at the time.

“In light of Aaron’s increasingly alarming behavior … we were left with no choice but to take every measure possible to protect ourselves and our family.

“We love our brother and truly hope he gets the proper treatment he needs before any harm comes to himself or anyone else,” Nick concluded.

According to the one-year restraining order, Aaron was ordered at least 100 feet away from Nick, Kitt, their kids, other family members and their residence in Las Vegas.

Aaron denied the charges, tweeting: “I am astounded at the accusations being made against me and I do not wish harm to anyone, especially my family.”

The “Dancing With the Stars” alum subsequently went on a social media rant against his family.

“I’ll be just fine without them,” Aaron wrote via Twitter. “They need to leave me alone. Michael Jackson told me this was gonna happen and he was right.”

In another tweet, in which Aaron shared an old clip from the reality TV show “House of Carters” in which himself and his brother argued in front of the cameras.

Aaron wrote, “LEAVE ME ALONE. FOR THE REST OF MY LIFE. IM BEGGING YOU. PLEASE.

“I haven’t even seen you guys and nick you bullied me my whole life,” he claimed. “And tortured me as a child. And everyone knows it. ITS BEEN PUBLIC. and now you’re scared of the truth.”

Aaron also had a strained relationship with his sister Leslie Carter, who died of a drug overdose in 2012 at the age of 25.

In 2019, the actor accused his late sibling of sexually abusing him over a three-year period.

“It runs in the family. I never wanted to tell anyone this. But I have too [sic]…,” Aaron claimed in a series of tweets. “My sister Leslie suffered from bipolar and took lithium to treat it. She never liked the way it made her feel and when she was off of it she did things that she never meant to do I truly believe that. … My sister raped me from the age of 10 to 13 years old when she wasn’t on her medications.”

He alleged, “I was absused [sic] not only sexually by her but by my first two back up dancers when I was 8 years old. And my brother absused [sic] me my whole life.”

Earlier this year the “I Want Candy” performer had a massive blue butterfly tattoo etched on his forehead in honor of Leslie.

“Every time I see a blue butterfly… she loved blue, it was her favorite color,” he wrote via Instagram in March. “She had the most beautiful icy blue eyes in the world.”

News broke of Aaron’s death on Nov. 5. The 34-year-old’s body was found in a bathtub in his California home. He is survived by son Prince.

“It is with great regret to confirm Aaron Carter was found unresponsive this a.m. in his home in Palmdale, CA,” Aaron’s rep told Page Six on Saturday.

“The family has been notified and will be flying out to Los Angeles,” the statement continued. “Aaron worked very hard towards the end of his life in recovery, to be a good father and to make amends with his family.”