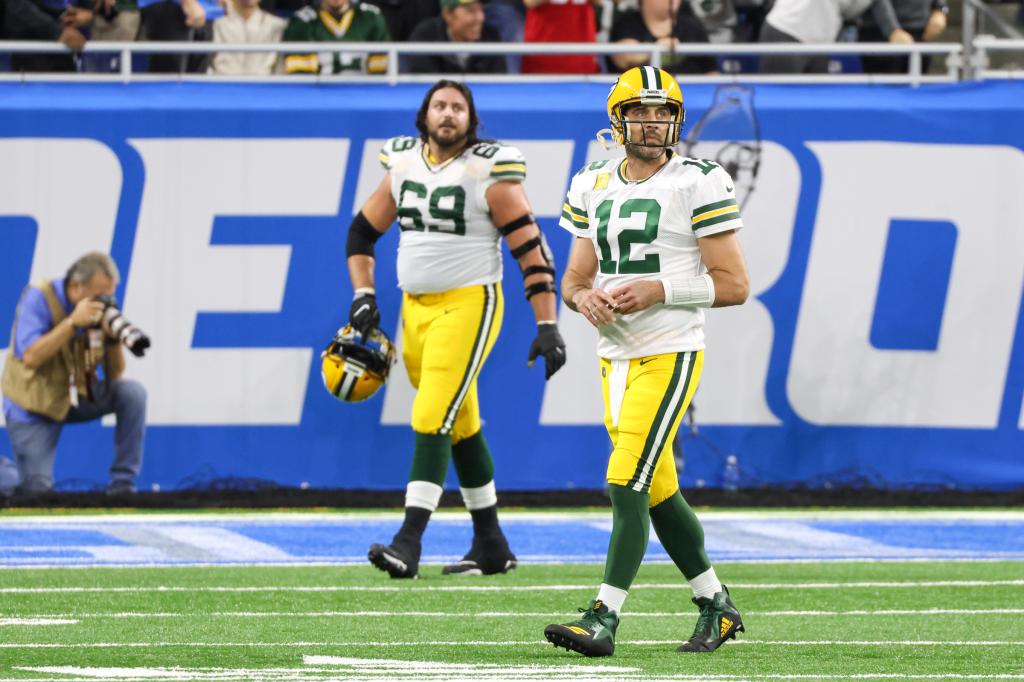 “When I decided to come back it was all in and I don’t make decisions — and hindsight, 20/20, — have regrets about big decisions like that,” Rodgers said. “A lot of life lessons for sure this year but luckily it’s not over.”

The loss was the Packers’ fifth loss in a row and it dropped them to 3-6, their worst start to a season since 2005 in which they finished 4-12. On Sunday, Rodgers went 23-for-43 with 291 yards, one touchdown, and three interceptions, the most picks he’s ever thrown in a single game.

The QB legend was hard on himself, saying he played “s–tty” and made “s–tty” throws. He added that he never wants to lead the team in rushing yards but he said he knew he was going to have to make some plays on the ground.

Even with the loss, Rodgers is still optimistic about the Packers’ season.

“I’ve been counted out many times in my life as have many of my teammates, and I hope we just dig deep, we will truly be underdogs in many games moving forward, hopefully we can embrace that,” Rodgers said. “We have two games at home, gotta go win those two games in a week, and then this thing looks a little different.”

The Packers’ next two games, however, will be an uphill battle. Green Bay will play the 6-2 Dallas Cowboys and the AFC South-leading Tennessee Titans.