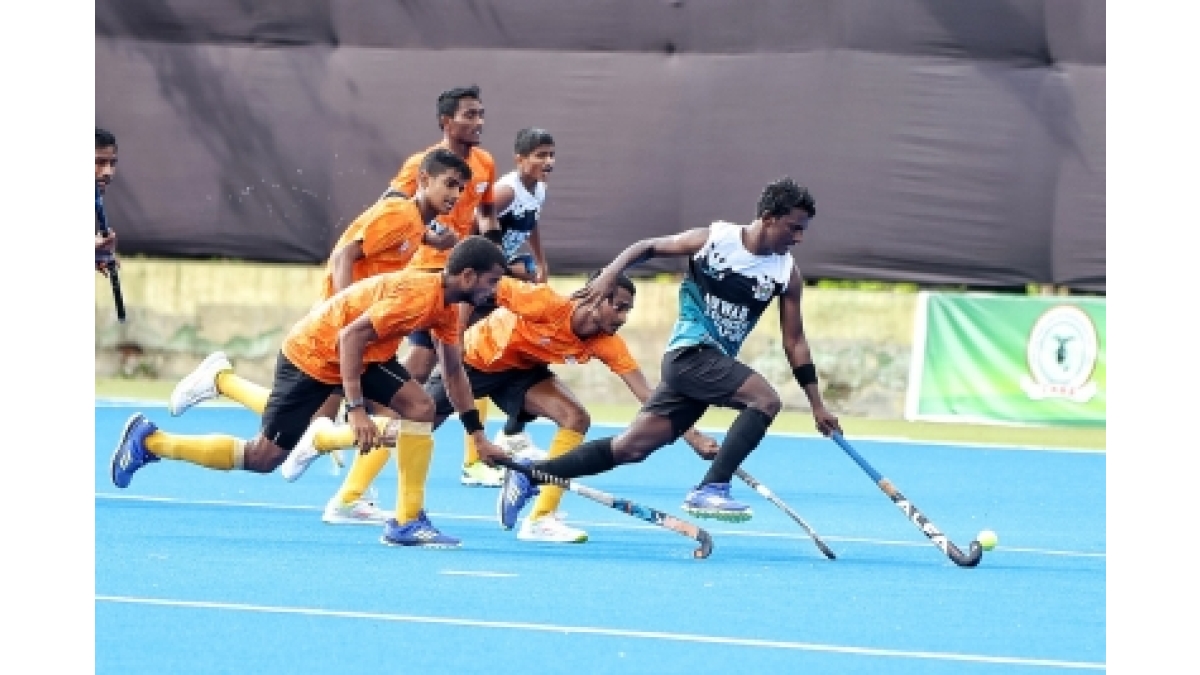 Drama however unfolded in the second half of the day with both Army Boys Sports Centre and Olympian Vivek Singh Academy, who finished winners and runners-up in the 2nd Hockey India National Academy Championship earlier this year, bowed out. Both exited after they finished below Anwar Hockey Society on goal difference.

In the last match of the day, defending champions SAIL, Rourkela plundered Olympian Baskaran Hockey Academy 28-0 in a match in which they needed to score 24 goals to shore up their goal average and qualify. The Pool-G goal glut was a record for the tournament in its history of six years.

On a day when there was a rush to grab knock-out berths in the competition, SNBP Academy came through by putting aside Kushida School, West Bengal 4-0 to top Pool-A with six points. A brace by Amrut Pawara (6th, 23rd), a penalty corner conversion by Mohmad Shahid (11th) and a goal from Md. Adil Khan (29th) was enough for SNBP to seal their place.

In Pool-D, Dnyanchand Academy relatively had it easy with a 12-0 win over Kolkata Warriors and log their second successive win and progress. In contrast, Grassroot Hockey scored a 6-0 goal verdict against Hockey Nashik to finish on top of Pool-H.

On the other hand, Smart Hockey Academy found the going tough and needed to fight off a spirited challenge from R.K Roy Academy, Patna 2-1. In the Pool-E encounter, Smart Hockey Academy took the lead through Shubhankar Sonkar (13th), which was later levelled by Nitin (37th) for the Patna side to bring the score to level (1-1). With three minutes left, Smart Hockey Academy sealed their place after a successful penalty corner conversion by Brahmjot Singh Mani (57th).

Pool-C had Ritu Rani Academy, Varanasi progress as their opponents Regional Development Centre (RDC) called off their trip to Pune. As a result, the pool was reduced to 2 teams which included Mumbai School Sports Association. Ritu Rani Academy began their campaign with a win over MSSA which turned out to be the decider for a last-8 berth,

The scenario in Pool-F was interesting with Anwar Hockey Society squeezing past Olympian Vivek Singh Academy and Army Boys Sports Company, Bengaluru on goal difference and into the last-8 round.

On Monday, Anwar Hockey Society downed Olympian Vivek Singh Academy 4-0 to force a three-way tie after all three teams ended with a one-win and three points in their kitty.