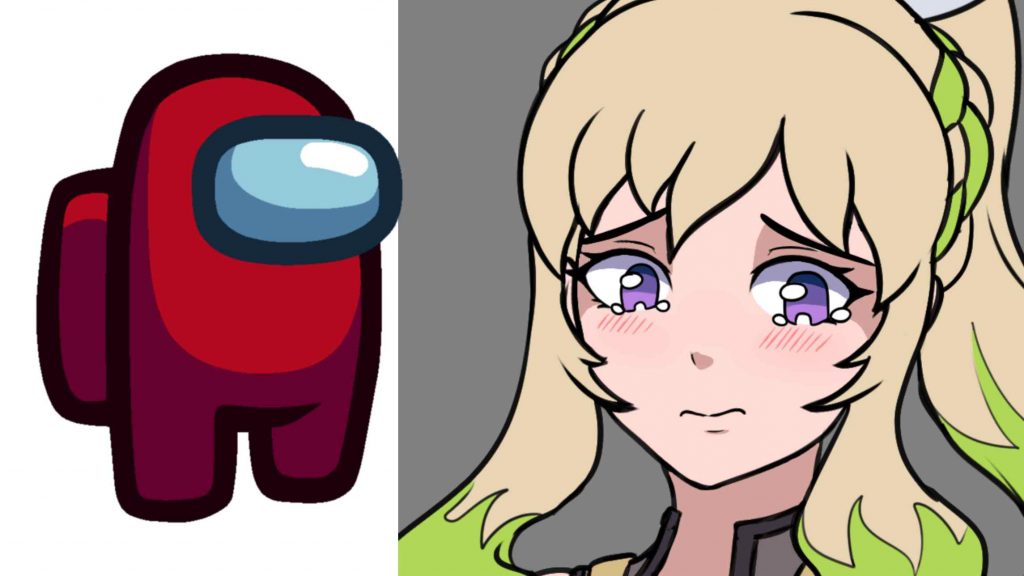 Drawing sad anime eyes is not an easy task, but recently, anime fans have discovered a sort of shortcut that lets you draw crying anime eyes using Among Us crewmate.

Among Us is a multiplayer game, generally played by 4-15 players online or via local WiFi as they try to ready the spaceship for takeoff, but beware: one or more random players among the Crew are the Impostors who is trying to kill everyone.

On June 20th, 2022, Twitter artist @himuhino tweeted a sketch of the character Junko (crying) from the Touhou Project. Several users noticed Junko’s eyes resembled those of an Amogus crewmate.

On Sept 20th, 2022, artist NenekHani posted a Discord screenshot of himuhino’s drawing with the caption “how to draw sad anime eyes” alongside their anime girl design following this method. The Tweet went immensely viral, gathering 418.8k likes and 69.6k retweets.

After NenekHani’s viral Tweet, other artists tried this method of drawing Among Us crewmate with big shoes in anime eyes, making this newly discovered method more and more popular.

Why does it work?

Mulitplayer game, Among Us was developed in 2018. It is available on Android, IOS, Windows, Play Station 4, Xbox and Nintendo Switch. Among Us also received a one-shot manga, published on Bessatsu Corocoro magazine on April 2022.

In-game, you can either play as a crewman or an impostor. As a Crewman: Win by completing tasks to prepare the ship or by expelling all Impostors. React quickly to undo Impostor sabotage. Check the admin map and security cameras to keep an eye on other crewmates. Immediately report any dead bodies to start the discussion about who the suspected Impostor is. Call emergency meetings to discuss suspicious behavior. Vote to expel suspected impostors.

As Impostor: Kill crewmates and frame bystanders. Pretend to perform tasks to mingle with fellow crew members. Sneak through the vents to move quickly around the ship. Use sabotage to cause chaos and divide the crew. Close the doors to trap the victims and kill in private.