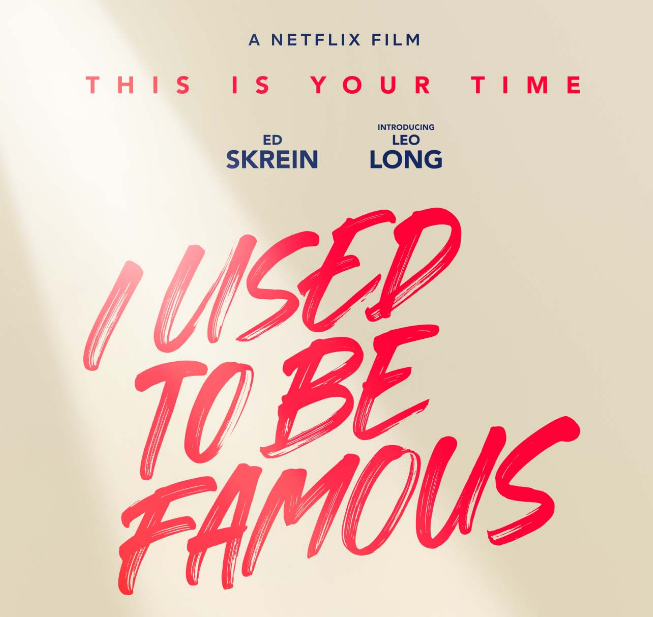 At The End Of I Used to Be Famous, Does Vince Value His Fame More Than His Friendships?

At The End Of I Used to Be Famous, Does Vince Value His Fame More Than His Friendships?

I Used to Be Famous tells the narrative of Vince, a former member of a boy band who has since fallen on hard times, and Stevie, an autistic young man who is a skilled drummer. The story is told from Vince’s perspective and Stevie’s.

After discovering Stevie’s abilities, Vince spends some time getting to know the young man and eventually forms a band with him. When Vince is asked to go on tour with one of his old bandmates, he has a decision to make: either he should leave Stevie behind in order to obtain a second opportunity at success, or he should support Stevie and maintain his friendship with him. The two eventually become friends.

So, does Vince value his celebrity more than his friendships? Let’s take a more in-depth look at the movie, shall we?

How Do Vince And Stevie Meet?

When Vince’s boy band broke up, so were his chances of having a successful career in music, in contrast to his successful ex-bandmate Austin. Vince must now make a living by playing music on the streets, but unfortunately, his skills are neither recognized or appreciated by the people who pass him by.

When Stevie sits down next to him on the bench and begins an impromptu jam session with him, his good fortune begins to turn around. It is abundantly evident that Stevie possesses talents as a drummer, as seen by the fact that he plays the bench like a drum.

Because of Stevie, a number of people gather around them, and they begin shooting the two artists on their mobile phones. Stevie is the reason for this. Amber, Stevie’s mother, arrives and drags her son away, but Vince later sees Stevie again when he notices him entering a church hall with his mother. Amber is Stevie’s mother.

It is at this location that he is exposed to Stevie’s music therapy group for the first time, and he is also provided with a second opportunity to acknowledge the adolescent’s abilities. Vince accepts Dia’s invitation to join them and participate in the ongoing drumming practice that is taking on. Dia is a music teacher.

After some time has passed, Vince finds out that the recordings of him and Stevie performing on the bench have become extremely popular online. He uses this as leverage to obtain a performance at a local pub, but because he hasn’t asked Stevie to perform with him yet, the next step for him is to get the boy’s approval. He uses this as leverage to get a gig at a local pub.

Is There Going To Be A Show Tonight?

When Vince visits Stevie and Amber at their house, he waits outside for a while before being let inside for some tea and jammie dodgers. After telling them about the performance, Stevie is excited, but Amber, who is protective of her son, is less than enthusiastic on the idea of letting Stevie perform in front of a huge crowd since she is afraid about her son’s safety.

Stevie had a panic attack as a direct result of the argument that Vince and Amber are having. Amber is impressed by the manner in which Vince is able to calm him down by imitating the drum session that was performed by the music therapy group. As a consequence of this, she offers a provisional acceptance of the gig.

After that, Stevie and Vince start practicing their future performance, and during this time, Vince learns more about Stevie, including his passion for music and his aspiration to attend a music college.

When the day of the gig finally arrives, Vince and Stevie do not take the stage until after another act has finished performing. Everything works out perfectly, and the two put on an impressive performance, but when Vince decides to sing one song more than he should have, some people in the audience start to become antsy. One of the men is particularly hostile, and he makes fun of Stevie by laughing at the pots and pans that he is using as drums.

After telling Austin to leave, Vince goes up to Stevie to check on him and make sure he’s all right. Unfortunately, Amber is irate, and she tells Vince to keep his distance from her son permanently.

Does Vince Avoid Stevie As Much As Possible?

When Vince finds out he won’t be able to visit Stevie and is forced to go back home, he is devastated.

It is in this section that we are given some new information regarding Vince’s history. He shows home films of himself and his younger brother Ted, in which we get a glimpse of the garage band that the two of them used to play in when they were younger. Unfortunately, we find out through flashbacks that Ted passed away later, and that Vince was unable to visit his brother at the hospital because he was committed to playing in his band at the time.

It is abundantly evident that Vince still harbors some remorse regarding this matter, as seen by the fact that he travels to see his mother in order to request his brother’s harp. She breaks down in tears as she admits to him that she has no idea where it is.

In the meantime, Stevie makes posters for their band called “The Tin Men” and is successful in booking a gig for them.

Stevie gives Vince a call and tells him the good news, but Vince thinks that they shouldn’t proceed because of Amber’s sentiments about the situation. Stevie hangs up. However, Stevie advises Vince in a matter-of-fact manner that he should apologize to Amber for what occurred, which Vince does later when he meets the two of them outside of the church. Stevie’s statement prompted Vince to apologize to Amber.

As a result of his apology, Amber has become somewhat more accepting of his relationship with her kid, and all three of them have begun attending the music therapy group together. It is at this point that Vince is approached with the possibility of taking charge of the group because it has become apparent that he is able to connect with the pupils.

The offer is one that Vince is thinking about, but when he is approached later by Austin, he has another option to consider.

What Prompted Austin To Get In Touch With Vince?

Austin realizes that Vince still has what it takes to perform on stage after watching a video of Vince and Stevie performing together. As a result of this realization, Austin asks Vince if he would want to play a few songs on his farewell tour.

Vince accepts the offer and is ecstatic at the prospect of a second opportunity at stardom. However, he is disappointed when Dennis, Austin’s producer, informs him that Stevie will not be allowed along to perform with Austin.

Vince relays the dreadful news to Stevie. Although the young man gives off the impression that he is disheartened, he encourages Vince to pursue his dream of becoming famous in spite of his feelings.

Does Vince Value His Celebrity More Than His Friendships?

While Vince gets ready for his tour with Austin, Stevie is working on his drumming skills in order to get ready for music college.

After coming to the conclusion that she was preventing Stevie from achieving his goals, Amber expresses her gratitude to Vince for assisting her son and for providing him with the necessary companionship that he lacked. However, she also instructs him to avoid contact with Stevie since she does not want Stevie to deceive her son at this juncture in his life by making empty promises to him.

It is reasonable to believe that this will provide Vince with the motivation to end his relationship with Stevie in order to embark on the farewell tour with Austin. Later on, we see Dennis give him a contract to sign, but rather than sign it and take his second opportunity at fame, he decides to concentrate on his friendship with Stevie instead. We see this in the next scene:

On the day of the young man’s birthday, he and his mother discover that there are signs pinned up on the street that include directions that are intended for them. After taking their VIP seats and following the signs to a miniature concert stage, they are taken aback to see Vince standing there. After playing a special song for Stevie, he invites him on stage to perform with him and a group of other musicians, which includes members of the music therapy group.

Shortly after this point, the movie comes to an end, but it is reasonable to believe that Vince accepted the teaching position that was extended to him and that he kept up his connection with Stevie.

Why Did Vince Pass Up His Second Opportunity To Become Famous?

After Vince’s failure to show up for his brother before he passed away, it’s possible that he went back to Stevie because he didn’t want to miss the chance to demonstrate his concern for somebody else who was in need of his assistance.

This is how we see it, but if you have a different theory about why Vince chose friendship above celebrity, please share it with us in the comments section below.