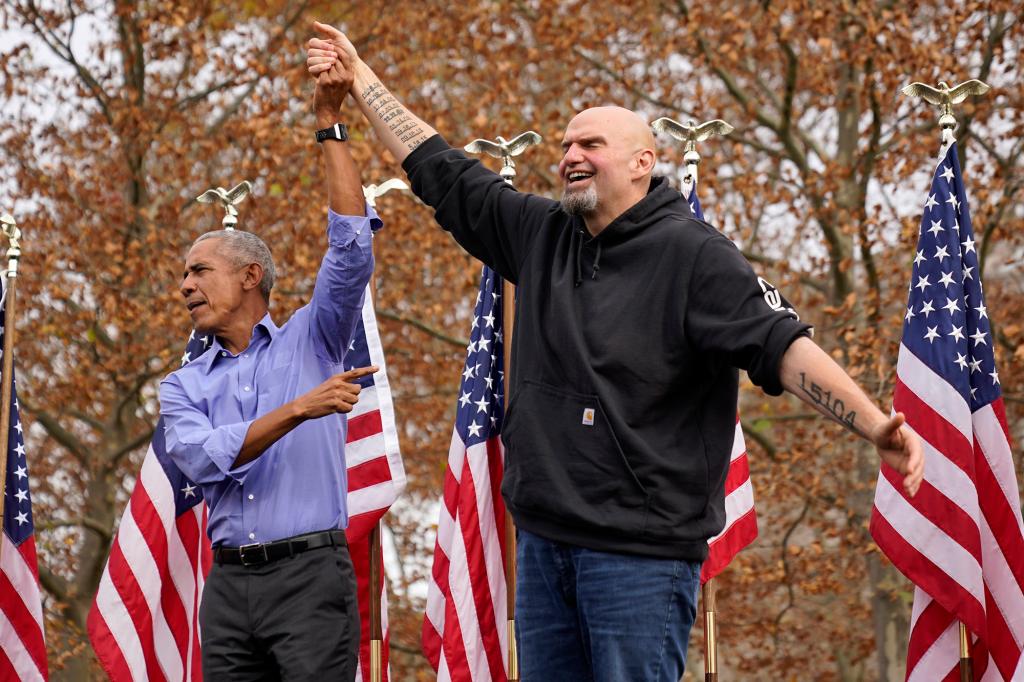 Former President Barack Obama insisted Saturday that Pennsylvania Lt. Gov John Fetterman was fit to serve in the US Senate despite the lingering effects of a stroke suffered in May.

Obama told the crowd that they wanted a leader “who knows enough about hardship that when you get knocked down he’s going to be there to help you back up.”

“That’s what this election is about,” he said.

In a bit of bad timing, Fetterman said at the Pittsburgh rally that he would be proud to be standing with a president who is “100% sedition free” — just as a strong gust of wind knocked over the American flags behind him.

Obama’s appearance was part of a full-court press by both parties in the Keystone State to get out the vote ahead of Tuesday’s election.

President Biden and Obama are to attend a rally in Pittsburgh at 5 p.m.

Former President Trump was joining Oz for a rally in Latrobe, outside of Pittsburgh at 7 p.m.