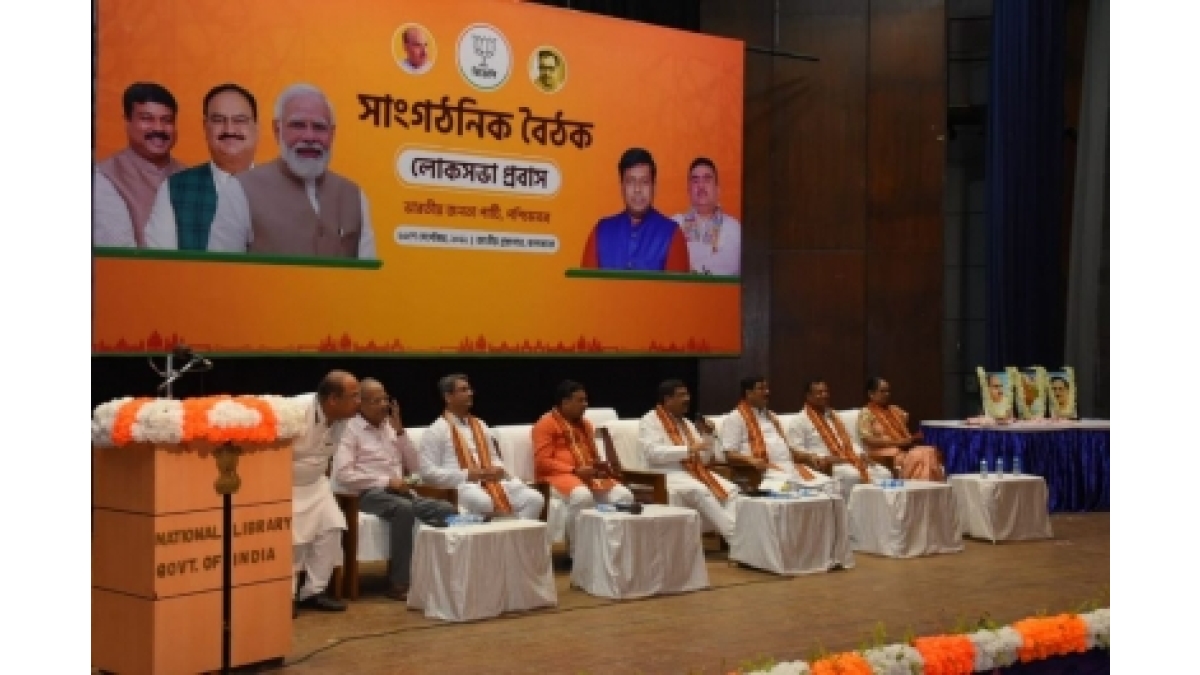 He also cautioned that in absence of strong grassroots-level organisational presence, the party will not be able to take advantage with the multiple issues of corruption that the Mamata Banerjee-led state government and the ruling Trinamool Congress are saddled with currently.

Pradhan arrived in Kolkata on Friday morning and in the afternoon, he had a meeting with the top BJP leaders from West Bengal.

In the meeting, Pradhan advised the state unit of BJP to equally focus on creating public campaigns and movements against corruption at the grassroots level in West Bengal besides bigger issues of scam like that of the teachers’ recruitment, cattle and coal smuggling.

A state committee member of the BJP said that the Union Education Minister expressed dissatisfaction over the inactive booth-level committees in the state.

“He expressed concern on why the party was unable to ensure the presence of its agents in many booths in the state during the last few elections despite the existence of booth committees. The Union minister’s message was clear that without strong booth-level presence, the party will not benefit out of the issues of corruption and the probes by central agency sleuths in the matter,” the state committee member said.

He assured the state BJP unit of coming to the state again after the forthcoming festive season.

Earlier, after arriving in Kolkata on Friday morning, Pradhan launched a scathing attack on the state government over the multi- crore teachers’ recruitment scam.

“It is unfortunate that even a scam of such a massive scale in teachers’ recruitment involving crores of rupees failed to bring the state government out of its slumber. Top leaders and ministers are in judicial custody now. In August this year, I wrote to Chief Minister Mamata Banerjee to take action on the matter. I am yet to get a reply,” Pradhan said.

Reacting to his comments, Trinamool Congress’ state general secretary and the party spokesman, Kunal Ghosh said that Pradhan was talking more like a BJP leader than the Union education minister.