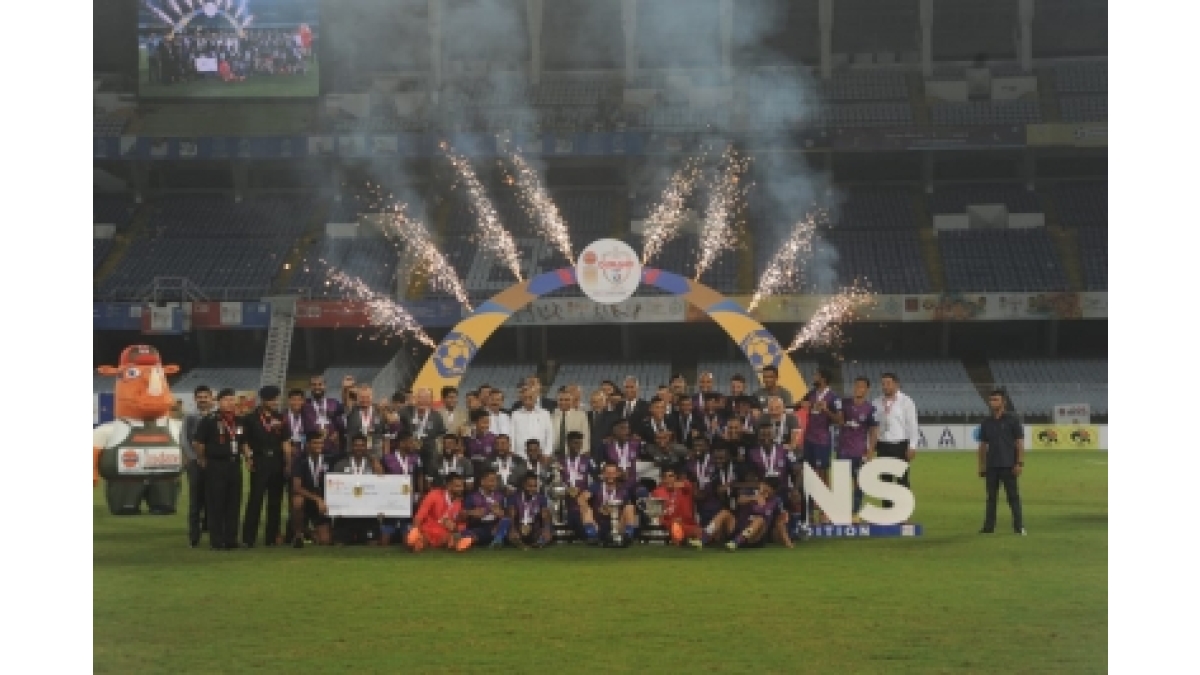 Siva Sakthi and Brazilian Alan Costa scored for the Bengaluru FC (BFC) winners while Apuia got the lone goal for Mumbai City FC (MCFC) in what was a fine display of end-to-end football.

The long-ball was delivered from deep in the BFC defense by Jovanovic, which put Mourtada Fall under pressure with Siva on his shoulder. The Senegalese defender was in the end foxed by the bounce and Siva pounced on it with a measured chip over the keeper.

After Chhangte had the first chance for the Islanders in the 17th minute, they got the equaliser at the half-hour mark when Sandesh Jhingan gave away a free-kick in a dangerous zone.

Ahmed Jahouh played on Greg Stewart, who went on one of his runs and took a left-footed grounder towards goal which Gurpreet fended off. Apuia was at hand though and tapped home the rebound with ease.

The Blues then almost went ahead in the 38th minute, when off a Roshan Singh corner a rebound fell for Roy Krishna and he shot towards goal, but Chhangte brought off a miraculous goal-line save.

Vinit Rai then had a chance after being played on by Stewart but shot over from close and the only other notable incident of the half was the match’s first yellow card for Mourtada Fall, the Mumbai captain, who had a forgettable 45-minutes.

The game maintained its intensity in the second. Five minutes in and Jahouh delivered a measured long-ball which fell for Chhangte who did well to get away from two BFC defenders, but with just the keeper to beat, the tournament highest scorer shot over.

BFC then got ahead for the second and final time in the game, when off a Sunil Chhetri corner aimed at the far post, Brazilian Alan Costa jumped highest and nailed a header into the back of the MCFC net. He was subsequently replaced by BFC coach Simon Grayson and replaced by Parag Shrivas.

MCFC coach Des Buckingham then played his cards, bringing in Mehtab and Ripoll in place of Vinit Rai and Ripoll. A while later in the 74th minute, he also brought in Gurkirat for Apuia.

Grayson in response affected a triple change bringing in Rohit Kumar, Udanta Khumam and Hira Mondal in the 79th minute in place of Roshan Singh, Prabir Das and Jayesh Rane.

The most notable chance for Mumbai came through Spanish midfielder Ripoll in the 77th minute when he went on a solo run from midfield and unleashed a booming drive that beat Gurpreet but struck the left upright and came back.

Captain Sunil Chhetri also had a couple of golden opportunities to score, once in the 69th minute, when his left-footed strike missed the target and then again in the 87th when he was one-on-one with the keeper, but Lachenpa was up to it and brought off a great save.

With six minutes of time added on, Mumbai did give it one final shot and Greg Stewart came close in the 94th minute, but his effort was also just wide.

The Blues in the end had done enough for a seventh national title win.