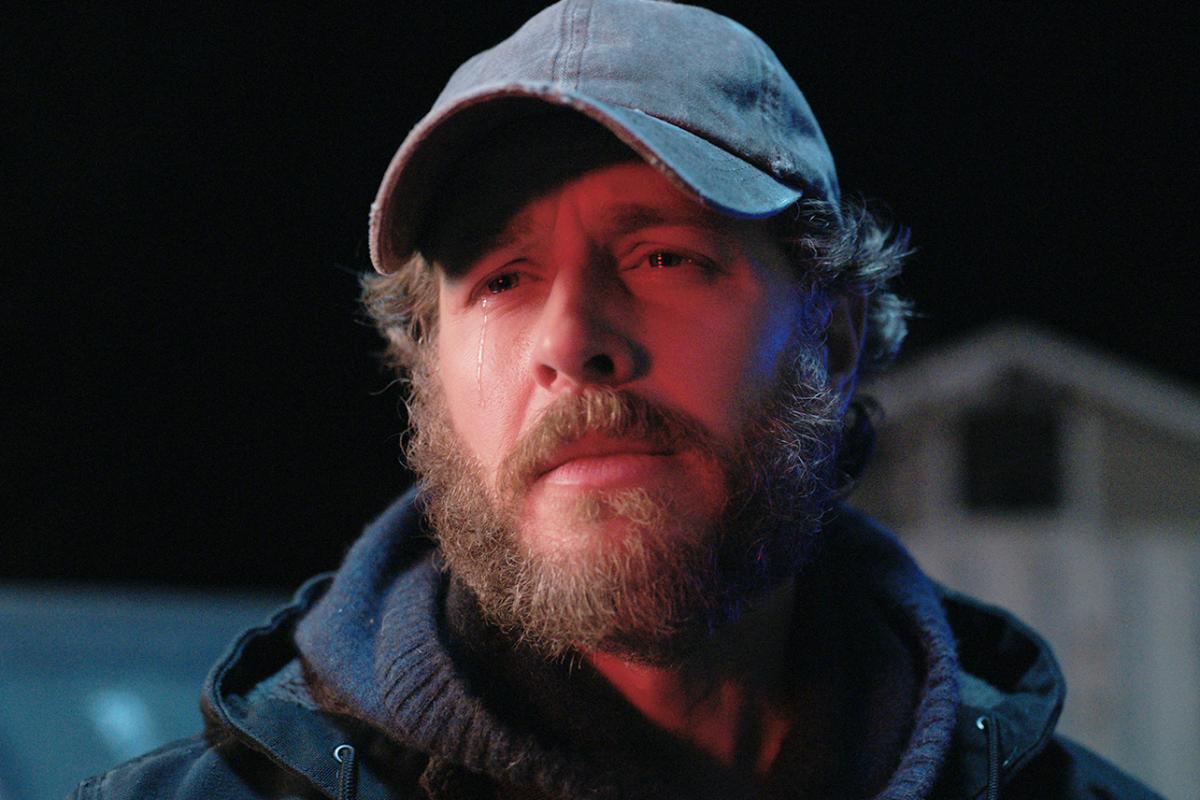 Ahead of Manifest Season 4, I was certain nothing could distract me from the impending doom of the dreaded Death Date. But then I saw Ben Stone’s beard, and suddenly all I could think about was his Shave Date.

As fans of Jeff Rake’s supernatural drama will recall, Season 3 ended with the tragic death of Ben’s wife Grace and the kidnapping of their daughter Eden. When the end credits rolled, it wasn’t clear if Grace was truly dead or if Eden would be reunited with her family anytime soon. But the two-year time jump in Season 4 quickly confirmed that Grace was indeed gone, and Eden was still missing.

While the rest of the Stone family was coping with that harsh reality and focusing their energy on solving the Death Day dilemma, Ben was still falling apart. At the start of the season he was living in the attic, isolating himself from loved ones, spending every waking moment searching for Eden, and of course, neglecting his personal hygiene.

As Chris Carrabba, lead singer of Dashboard Confessional famously sang in my 2006 Myspace song, “Stolen,” “We all look like we feel.” And Ben’s unruly excuse for a beard in Season 4 effectively lets us know he feels like shit.

Now, Ben has been through hell and recently endured two major tragedies, so his grief beard was fully justified. It’s just that…I really missed the clean-cut, in-control Benny Boy we came to know and love in Manifest‘s first three seasons. That guy was stylish, always sported the right amount of sexy stubble, and even let the occasional curl fall forward and kiss his forehead. Mmph!

TV has blessed us with a fair share of good beards this year (yes, I’m looking at Steve Carell in The Patient), but Ben’s sadly isn’t one of them. That’s not to say that Manifest actor Josh Dallas can’t rock a beard IRL, but that this particular messy, moody mustache/beard combo is the antithesis of Ben’s signature style. And its sheer presence on his face is encouraging him to cling to his darkest era.

When Ben finally gets some solid leads on Eden’s whereabouts, a little pep returns to his step. Unfortunately, the beard remains for far too many episodes. But at least Ben gives viewers hope that if he can just get his daughter back he can give himself permission to stop grieving so intensely.

Without sharing too many spoilers, Ben finally says a big old BYE to his grief beard in Episode 6, but first he asks Olive if she thinks he should “keep the mountain man look.” She laughs in his face and says, “No. Definitely not.” That’s our girl.

For the final few episodes, Ben restored some semblance of order to the Manifest universe by sporting his signature facial hair. And make no mistake, he looked fine as hell and ready to save the world.

The first half of Manifest‘s fourth and final season features death, destruction, and heartbreak. But make no mistake, Ben’s beard is up there as one of the most distressing plot points in Part 1.

Thankfully, by the time the midseason finale arrived and a beard-less Ben said the words, “I’m not a bad man, I’m just a daddy…” I could confidently take those words out of context, scream “YEAH YOU ARE!” at my TV screen, and mean it.