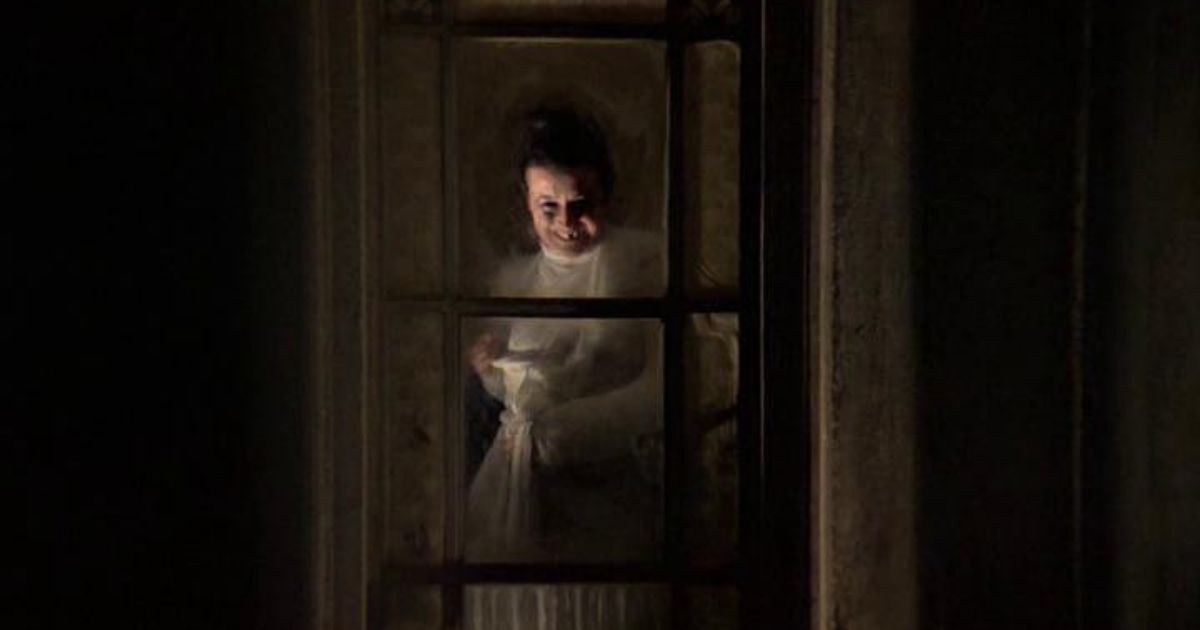 One of France’s first horror movies was Georges Méliès’ The Haunted Castle in 1896 and ever since, French horrors have continued to haunt us to this day. Now, with the New French Extremity movement, French horror is scarier, filled with more gore, and are more horrifying than ever with more recent movies like 2008 psychological horror Martyrs and Julia Docournau’s 2016 Raw.

The 20th Century was truly a developing, sporadically brilliant time for French horror, from darkly poetic atmospheres to fantastic jump scares, and what better time to dive right into it than spooky Halloween season. As we continue through October leading up to the most frightful night of the year, let’s take a look at a list of the best French horror movies of the 20th Century to get your Halloween horror movie list complete.

Baxter is a French horror movie directed by Jérôme Boivin, based on the 1977 novel Hell Hound by Ken Greenhall (under the pseudonym Jessica Hamilton). Baxter is a Bull Terrier, but this is no average dog movie; in voice-over narration far removed from the friendliness of anthropomorphic pups in cartoons, the disturbed Baxter tells his story of a search for a proper master. Baxter is given to an elderly woman by her daughter, which seems like a very generous gift, but as time goes by, Baxter becomes obsessed with the young couple next door and the old lady begins to fear the dog’s very aggressive behavior.

Baxter’s aggression turns to murder and Baxter eventually kills the lady in order to be adopted by the young couple. But will this new family be enough for Baxter when they have a baby, or will Baxter’s murderous tendencies turn into something worse than he expected? This movie is a totally different spin on the classic horror genre, and uses the seemingly evil dog and a psychopathic young boy to explore Nazism, violence, and power in startling new ways.

The film takes place during the engagement party of Dr. Henry Jekyll and Miss Fanny Osborne. Surrounded by a number of well respected guests, Dr Jekyll suspiciously informs a lawyer to alter his will, in which he leaves everything to a Mr. Hyde. As the party continues, a dancer is brutally assaulted and murdered, and as more people start to go missing, it becomes clear that someone in their party is a sex maniac with a taste for murder. In an interesting and chaotic take on Dr. Jekyll and Mr. Hyde, this horror movie really is claustrophobically disturbing and a great watch just in time for Halloween.

Before there was The Baby, Prevenge, or Inside, Baby Blood mined true horror from pregnancy. The film follows Yanka, a pregnant circus performer who is beaten and abused by her husband. The circus receives a leopard that has been captured in Africa, but everyone is unaware of the evil parasite that lives inside of it and wants to crawl out and burrow inside of Yanka’s body, taking over her fetus.

The parasite begins to demand human blood from Yanka, and although she is reluctant to begin with, she decides to obey its demands and starts to commit murders to harvest blood and satisfy her new evil fetus, in what becomes an intense and intimate relationship that Yanka has been lacking her whole life. This sad horror movie is definitely every pregnant person’s worst nightmare.

Jealous of each other, Eva and Elizabeth try their best to get the attention of Marc, and while he might find them seductive, he has no idea that he has just walked into a place owned by a blood-drinking vampire-like cult. Gripping for its time, Fascination is an easy, gorgeous watch and an underrated vampire masterpiece.

The Doctor’s Horrible Experiment (or Le Testament du docteur Cordelier) is a 1959 black and white film famous for being the only horror movie directed by one of the greatest filmmakers of all time, Jean Renoir. Like The Strange Case of Dr. Jekyll and Miss Osbourne, this film is loosely based on the 1886 novella by Robert Louis Stevenson set in 1950s France.

Jean-Louis Barrault plays Dr. Cordelier, which is this version of the Dr. Jekyll/Mr. Hyde character. The film follows a lawyer, Joly, who is given a will by his friend Cordelier who is a successful psychologist. Joly notices that Cordelier has left everything in their will to someone named Opale, who is a sadistic murderer. When Joly finds Opale in his laboratory, he makes a shocking confession that, due to his sexual desires, he has been doing research into drugs to create an alternate persona. Made late in Renoir’s career, the iconic director brings his usual visual poetry and warm understanding of human frailty to this excellent little film.

The Tenant is a psychological horror directed by convicted rapist Roman Polanski and based on the 1964 novel Le locataire chimérique by Roland Topor. It is also and is the final film in Polanski’s “Apartment Trilogy”, Following his masterpieces Repulsion and Rosemary’s Baby, Polanski completed his so-called ‘Apartment Trilogy’ with this dark, nightmarish film, a tortured cry of anguish that feels like a response to his recently murdered wife and his feelings of having no country.

Regardless of who Polanski is, The Tenant is pure nightmarish perfection, following the pathetic Trelkovsky (played by Polanski himself), who rents an apartment in a creepy, suspicious old building. He must trust his gut instinct that something isn’t right, and when he learns of a previous tenant, a woman who tried to commit suicide by jumping out of the window, his gut might end up being right. He begins to relate to the woman in strange and mysterious ways, and fears that his neighbors are trying to kill him like they may have staged her death. It’s a truly philosophical, haunting psychological thriller.

Written and directed by Georges Franju, Eyes Without a Face is a gorgeous 1960 horror movie following Dr. Génessier, a surgeon riddled with guilt after causing an accident that left his daughter Christiane with an awfully disfigured face. But the doctor goes to extreme and disturbing lengths to get his daughter a new one.

When he kidnaps a young woman and attempts to do a face transplant, his life as he knows it comes crumbling down when he is unsuccessful and his daughter catches on to what he is doing. In a disturbing, saddening, and grotesque story, Eyes Without a Face has undoubtedly been influential in the progress of French horror and the respect of horror as an elevated, artistic genre.

What’s a horror movie without suspense? Luckily, 1955 psychological horror, Diaboloque is full of it. Based on the novel She Who Was No More (Celle qui n’était plus) by Pierre Boileau and Thomas Narcejac, the French master of suspense Henri-Georges Clouzot created a dark, creepy masterpiece with Diabolique. The film that inspired Alfred Hitchcock’s Psycho, the story follows an abusive headmaster of school who becomes a target of a murder plot.

However, the awful headmaster doesn’t realize that it is his wife and his mistress that he regularly seduces who are the ones planning his brutal death. Bound by their hatred for the man and a mutual misanthropy, the women’s psyches begin to shatter when strange occurrences start happening all around them. A morbid, tense, and incredibly gripping film that was way ahead of its time, Diabolique has solidified itself as one of the rare perfect horror movies.