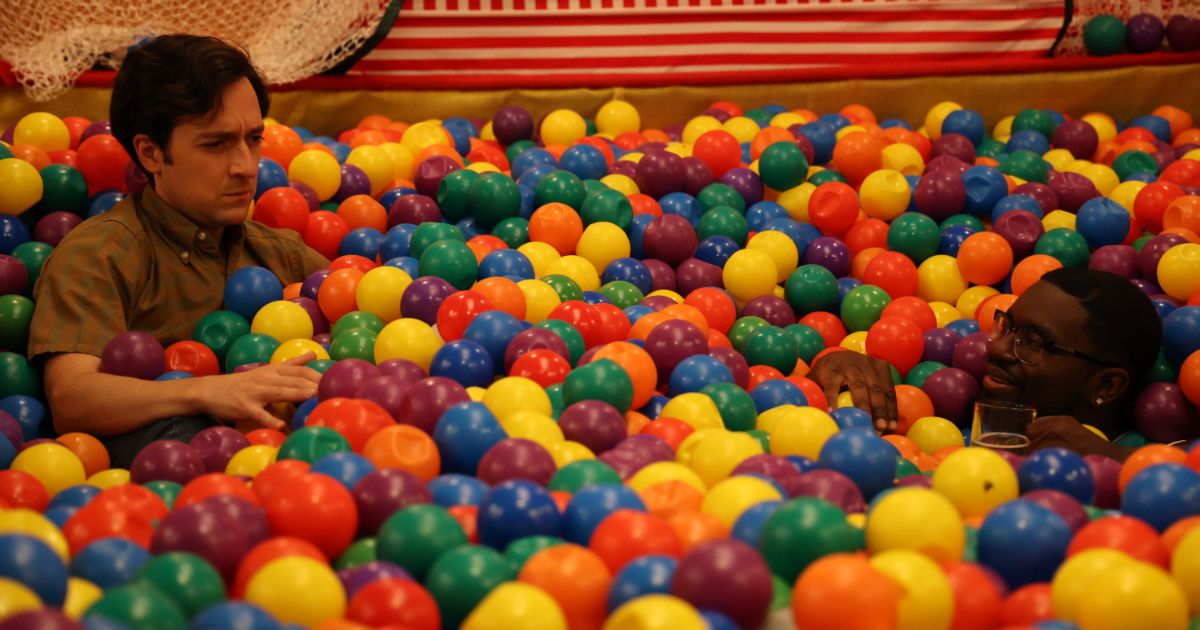 Quiver Distribution is gearing up for the release of the new comedy Bromates on Oct. 7, and ahead of the premiere, we have a sneak peek to provide in the form of an exclusive clip. The film follows a pair of lifelong pals who wind up becoming single at the same time, presenting an opportunity for the two to become “bromates.” The friends, played by Josh Brener and Lil Rel Howery, discuss doing just that while in a ball pit in our clip, which you can find below.

The official synopsis for Bromates reads:

When best friends – though polar opposites – Jonesie (Howery) and Sid (Brener) both break up with their girlfriends at the same time they decide to move in together in a misguided attempt to help each other through their respective breakups. Alongside their friends Angry Mike (Ali) and Runway Dave (Scannell), things move quickly from heartbreak to hilarity, to life, and potentially, death.

Related: Exclusive Clip: Antonio Banderas and 2 Chainz Have a Tense Meeting in The Enforcer

Bromates Is Inspired by True Events

The concept of the film is basically an updated version of The Odd Couple, with elements of diversity and social media adding a modern spin to the story. It’s also loosely inspired by true events and the filmmakers hope that many viewers will be able to relate to the film and its characters.

“Bromates was initially conceived as what would happen if you took today’s complicated environment of dating and social media and combined it with The Odd Couple,” Crandall previously said of the project. “Our goal was to make a big raucous comedy, but at the same time give it a contemporary flair that made it more inclusive.”

The writer and director also said, “Based loosely on a true story, we tried to create a comedy that delivered the big laughs of our favorite timeless movies while providing a new spin in terms of the makeup of the cast and underlying focus on clean energy.”

Kemper added, “I really believe that the humor and relatability through the story can bring awareness to clean energy and climate change at the same time. Subtly, through creative projects like Bromates, we are bringing attention to the topic outside the news cycle as an innovative way to reach people. I’m really looking forward to releasing this and working on the next creative project.”

A joint statement from Quiver Distribution Co-Presidents stated, “Hilarious and heartfelt in the same measure, Bromates is a buddy comedy for the digital age. Quiver is thrilled to share it with audiences.”

Bromates will be released in select theaters, On Digital, and On Demand on Oct. 7, 2022, via Quiver Distribution. You can check out the full trailer for the film below.