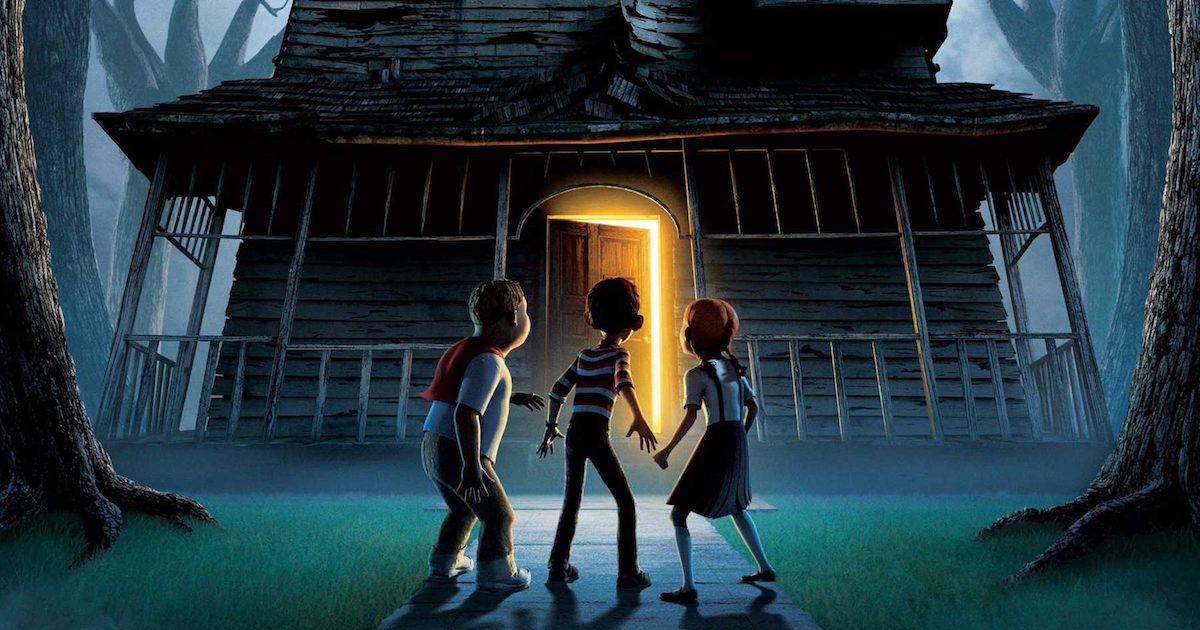 It’s finally that time of year. The temperature is dropping, the leaves are changing color, and Halloween decorations are being sold at almost every store imaginable. Forget Christmas; for many people, this is the best time of the year. And if there’s one thing people love to do during the Halloween season, it’s cozying up with a warm drink and watching Halloween movies. Most people will be aiming for the traditional horror movies like Trick or Treat, Nightmare on Elm Street, and the cult classic Halloween, but we’ve made a list of some of the best movies to put on for the kids to get them into the spooky spirit. Or if you’re just someone who isn’t into the blood, gore, and horror of scary movies, this list is for you too.

This list includes movies that are great for the little ones and some that are just scary enough for the older kids, while still being perfect for parents to enjoy (or even remember) too, with the perfect balance of laughs and scares for the whole family. So, gather the kids (or cozy up on your own, we don’t judge), grab your favorite Halloween candy, and check out this ranked list of the best Halloween kids’ movies.

Take a trip to Salem in the 1993 classic Hocus Pocus. Parents out there might remember this one as a token of their childhood, and with Hocus Pocus 2 available on Disney+, it’s perfect for a movie marathon and revisiting the Halloween nostalgia. For those who’ve never experienced the magic of the Sanderson sisters before, Hocus Pocus is a Disney-original movie that takes place in the infamous town of Salem, where the witch trials took place. The wicked Sanderson sisters are accidently brought back to life on Halloween night and want to drain the life force of all the kids in Salem so that they can live forever. And now the teenage boy that brought them back has to find a way to stop them. Despite the movie not doing well upon its initial release (via The Wrap), it has gone on to become a cult classic filled with witty comedy that’s perfect for kids of all ages.

Hotel Transylvania has produced a franchise that has spanned a decade and finally concluded with its fourth film, Hotel Transylvania:Transformania, and a TV series with two seasons that ended in 2020. Adam Sandler stars in the films as Count Dracula, and in the first movie, he runs a hotel in Transylvania designed only for monsters after his wife was murdered by an angry mob of mortals. Now, he lives his life far away from humans and trying to raise and protect his daughter Mavis (Selena Gomez) from the outside world. Until an absent-minded human, Johnny (Andy Samberg) accidently makes his way to the hotel and falls in love with Mavis. The movies are quirky and fun while giving an easily digestible story of love and family.

This isn’t your typical family. The Addams Family (1991) live action movie is based off a comic in The New Yorker in 1934 created by cartoonist Charles Addams as a satirical inversion of the ideal All-American family, which GamesRadar explains in more detail. The comic ran until 1964 when it was turned into a TV series, then ultimately became a movie in the early-90s with a sequel, The Addams Family Values. These movies might be a little too dark for the younger kids, and if that’s the case, there’s still an animated version that came out in 2019, plus a live action spin off named after the iconic daughter of the Addams Family, Wednesday, expected to release soon. And what makes The Addams Family even better is the cute matching family costumes it can inspire.

Monster House is definitely one for the older kids as it might be a little too scary for the littler ones, but its solid storytelling and horror influence has made this one of the best Halloween kids movies. The premise is simple: DJ lives across the street from the house no one in the neighborhood wants to go near and that’s because of scary old man Nebbercracker. However, when the old man dies on his front lawn after trying to yell at DJ and his friends to get off his lawn, DJ begins to suspect that the house has come to life. It’s the Home Alone of Halloween, with its top-notch script and the plot twist that you can only see coming with a second watch. And it might remind the parents of their days of fearing the creepy house down the street.

It feels like many people don’t talk about Corpse Bride the way they should. The Tim Burton stop-motion film can be considered one of the best movies released in 2005 and follows a young man, Victor Van Dort (Johnny Depp), who is engaged to marry Victoria Everglot (Emily Watson) for social and financial reasons. Victoria’s family, that was once wealthy, has lost all its fortune and in turn decided to give their daughter away to the son of an extremely wealthy family. Which is all fine because the two genuinely like each other, but when Victor messes up the rehearsals for their vows, he runs away into the woods out of embarrassment. It’s there that he, while practicing his vows, accidently brings back to life a corpse bride named Emily (Helena Bonham Carter) who thinks he is now her husband. Burton has said that the movie was inspired by a Jewish folklore, The Finger. The movie is more emotional than most kids movies tend to be, but the story is well-loved by many and definitely deserves more appreciation.

Related: October 2022 Horror Movies: What to Watch This Halloween

Based on the novel of the same name by Neil Gaiman, Coraline has become one of the most beloved animated kids movies, where the young titular character discovers an odd door in her family’s new house that takes her to an alternate universe where she meets doppelgängers that she feels care about her more than her real parents. However, she quickly learns something isn’t quite right in this other world when her ‘other mother’ offers her the chance to stay with them forever. Despite being animated, the movie can be quite horrifying as it follows a usual horror movie structure only being toned down slightly for kids to view. And besides it being a well written kids horror movie, it also has a heart-warming message of appreciation for family.

Every generation has watched Scooby-Doo. It’s become a timeless cartoon that only gets better as time goes on, and they have always been iconic and loved by kids and adults. But it was very easy for kids to become bored with the cartoons and not find them as scary anymore. They were repetitive in animation and followed the exact same formula: the gang goes to a location that is being tormented by a supernatural entity, there are lead suspects, they come up with the idea to catch the supernatural entity, pull off its mask, and then “I would’ve gotten away with it too if it wasn’t for you meddling kids and your dumb dog!” However, Zombie Island was the first time the gang was exposed to real monsters and faced real danger while still keeping the charm of the original cartoons. The story is well-written and tight, the characters became more than just their original two-dimensional personalities, and it’s Scooby-Doo scarier than its ever been. Not to mention the updated version of the original theme song and a new song created for the movie that is probably one of the best songs ever created for a kids cartoon.

1/8 The Nightmare Before Christmas

Everyone loves The Nightmare Before Christmas, and it’s probably the most loved animated movie of all time. Although it can be debated that the film is more of Christmas movie than a Halloween movie, Disney likes to take advantage of the movies versatility and airs it around both holidays. And why shouldn’t you? The amazing soundtrack filled with songs that many people still listen to outside the holiday seasons, a beautifully crafted story about Jack, the pumpkin king of Halloween, feeling tired and unfulfilled of the same old thing, wants to try his hand at Christmas, and the talented work on stop-motion animation. The movie has captured the hearts of many people, young and old, and will probably remain one of the best movies to play around Halloween (or Christmas) for anyone of any age.