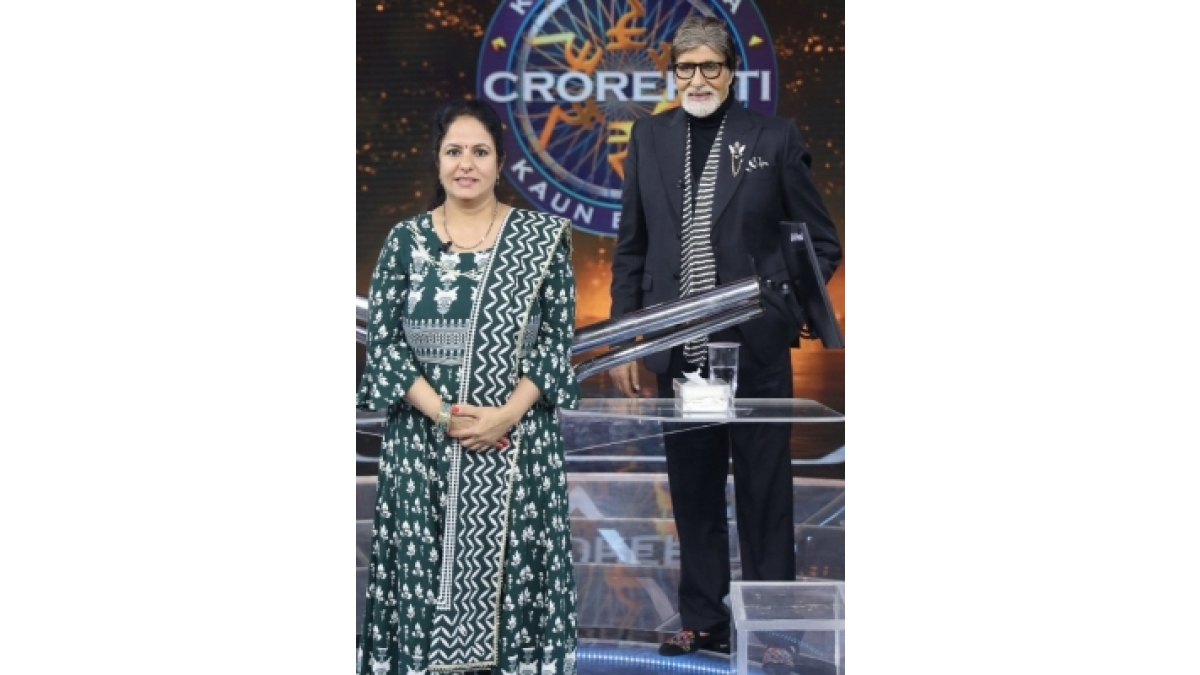 Chawla, who went on to become the reality quiz show’s first ‘crorepati’ this season, said in her answer to him that she was once earning Rs 20 a day once and now, using her intelligence, she was getting that substantial amount in a matter of just a few hours.

Bachchan then said that she was endowed with ‘gyaan ki hakti’ — her “superpower” was her knowledge.

The contestant said: “Till date, this is my first big earning which I have now received on the stage of ‘KBC’. I remember there was a time when I would work on my sewing machine for eight hours and for those hours I would only get Rs 20 in a day. From Rs 20 to Rs 3,20,000, it has taken me 30 years to reach this milestone.”

Chawla is a homemaker from Kolhapur, Maharashtra. The 45-year-old contestant told the host that she shares a close bond with her son Vivek and wants to spend the amount she wins on his education. She will attempt the Rs 7.5 crore question on September 19 and September 20.