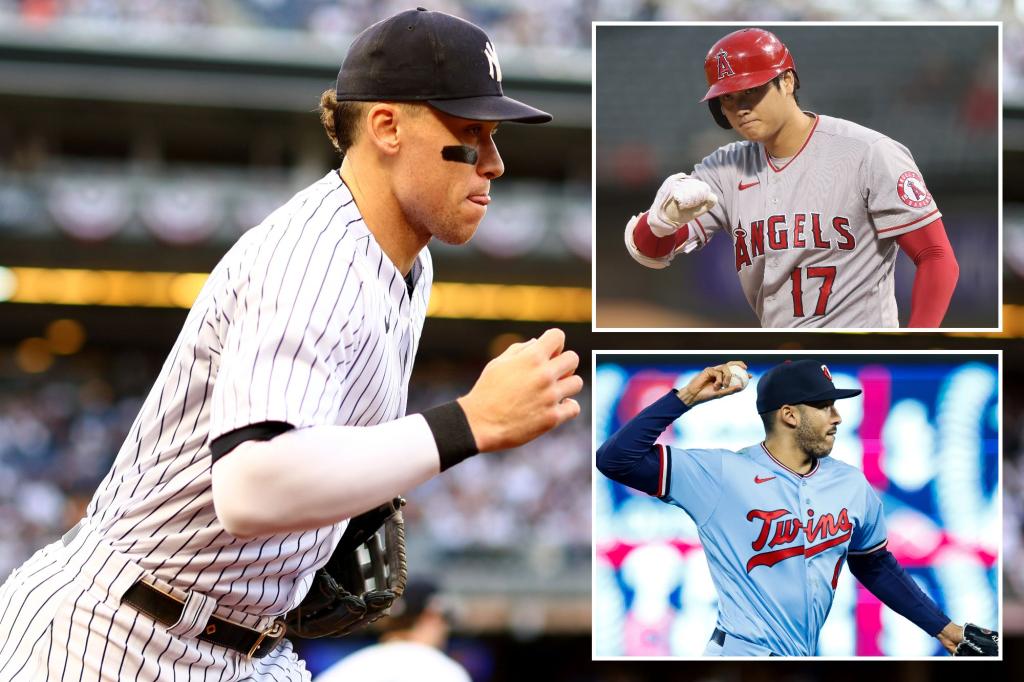 The general managers meetings, which officially begin Tuesday in Las Vegas, will kick the Hot Stove League into gear, with executives from all 30 clubs beginning to talk trades, free agents and more.

The winter meetings in December are generally more action-packed, but there are plenty of storylines and intrigue this week as MLB begins what should be another big offseason. Here’s a look at a few:

As of Sunday morning, teams were allowed to talk to free agents, but discussing contract terms and signing deals was not allowed until 5 p.m. Thursday. The main attractions in this year’s class are Aaron Judge, Jacob deGrom, Justin Verlander, Carlos Correa and Trea Turner.

Mets closer Edwin Diaz grabbed the first deal of the offseason Sunday when he agreed to return to Citi Field on a five-year, $102 million deal, pending a physical. That deal is a record for a reliever, beating Aroldis Chapman’s five-year, $86 million contract that expired this year. The average annual value of $20.4 million is also a record, topping the $18 million per season Liam Hendriks got from the White Sox in 2021.

But the crown jewel of free agency figures to be Judge, who turned down a seven-year, $213.5 million extension offer from the Yankees just before the start of the season and then broke the American League home run record.

In addition to the Yankees, who still appear to be the favorites to sign him, Judge’s suitors are expected to include his hometown Giants and the Dodgers, among others. The right fielder could be in line to break Mike Trout’s position-player record for average annual value of $36 million.

The top pitchers available skew toward the older side with deGrom and especially Verlander and Clayton Kershaw, though lefty Carlos Rodon is the top option on the younger side.

Might the Angels’ historic two-way star actually be up for grabs? That remains to be seen, but he will certainly be a popular topic of conversation as a potential trade target.

The wild card in the equation is that Angels owner Arte Moreno is expected to sell the team in the near future. How that affects the Angels’ willingness to make Ohtani available in a trade is to be determined, but there should be no lack of suitors if they decide to at least listen. The Yankees were one of the few teams that made a serious offer for Ohtani at the trade deadline, per The Post’s Jon Heyman. The Mets, led by GM Billy Eppler, who played a key role in recruiting Ohtani when Eppler was the Angels’ GM, could certainly use him as well.

A year after the free-agent class was led by star shortstops, it will be more of the same. Correa, Turner, Xander Bogaerts and Dansby Swanson all figure to be in line for big paydays.

One team unlikely to be involved in the sweepstakes, for a second straight year, is the Yankees. GM Brian Cashman said Friday that the Yankees will have a competition at the position, with top prospects Oswald Peraza and Anthony Volpe getting closer to being ready to knock Isiah Kiner-Falefa out of the starting role.

It would seem like a no-brainer that a team that just won the World Series would have an easy decision to retain its GM and manager. But the Astros’ situation is somehow not a done deal. Owner Jim Crane refused to commit to either GM James Click or manager Dusty Baker for 2023 during their postseason run. Crane told reporters Saturday night, in the midst of the Astros’ celebration, that he would revisit decisions on Click and Baker on Monday, per the Houston Chronicle. Baker seems likelier to be back, while former Brewers president of baseball operations David Stearns could be a candidate to supplant Click.

Thursday will mark the deadline for teams to extend qualifying offers to their own free agents. The qualifying offer — which is set at $19.65 million for 2023 — was nearly eliminated in the new collective bargaining agreement that was approved earlier this year, but it was tied to coming up with a format for an international draft, which MLB and the union could not agree on. So the qualifying offer lives on, meaning teams that offer it to players who later sign with another team will receive draft-pick compensation.

Last year, 14 players were extended qualifying offers and only one, the Giants’ Brandon Belt, accepted it.