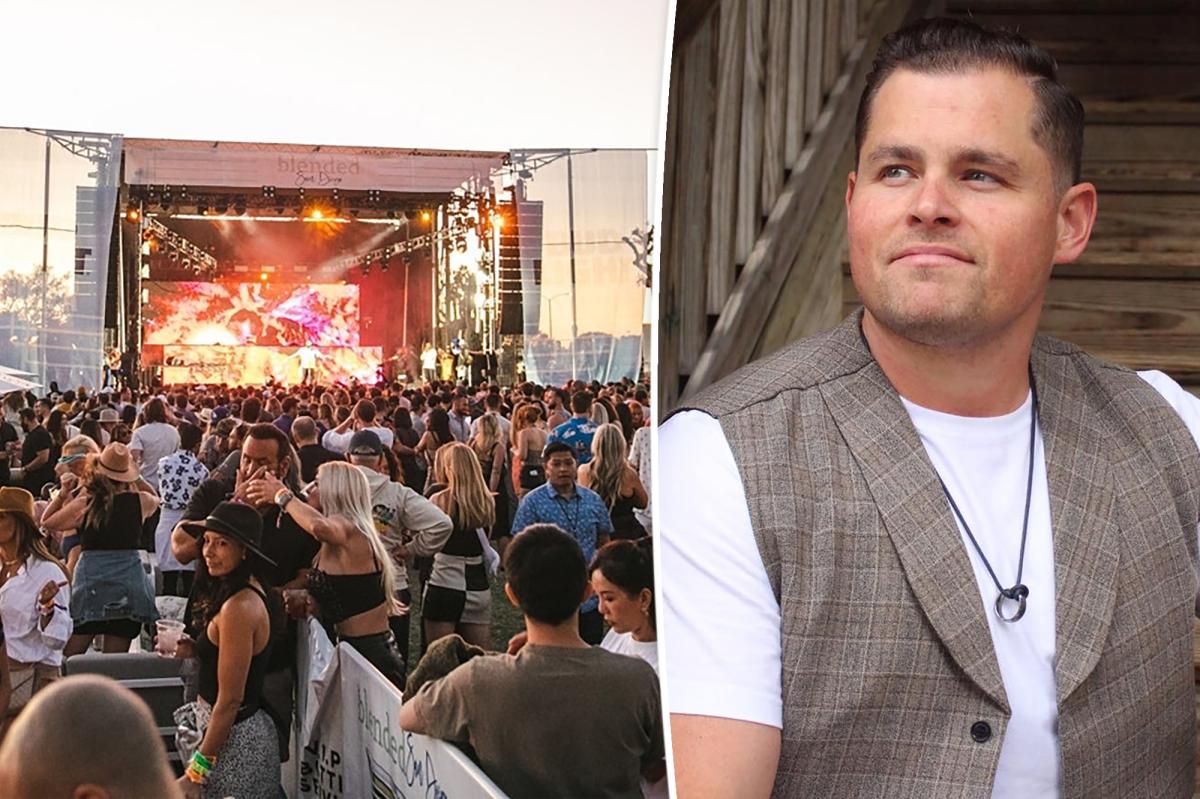 Sean Evans, founder and CEO of a popular traveling “wine and music” fest called Blended Festival has “gone missing,” allegedly “leaving hundreds of employees, vendors, talent and investors holding their hands out to get paid,” an insider told Page Six.

The fest’s first concert took place on Sept. 10 and Sept. 11 in Nashville with acts such as Lil Jon and the Chainsmokers headlining. Rapper T.I., G-Eazy, Loud Luxury and others were set to hit the stage for various other dates, including upcoming shows in Tampa, Fla., this month.

But Evans allegedly went missing after the Nashville dates, and is being accused of “racking up over $6 million in unpaid debt from the festival,” we’re told.

An Instagram account for the festival, which is run by a third party, provided an update “to valued ticket holders” last Thursday, alleging Evans “has been absent as of October 1st. He disabled staff emails and left the team with no answers to be found,” it read.

We obtained an email that appears to have been sent from Evans on Oct. 5 that read: “Yesterday morning, I experienced a minor heart attack, specifically a form of cardiomyopathy… It’s been a bit scary… I’ve got some lifestyle decisions to make. I’m probably going to move to email only for a little while so I can manage the amount of input I receive.”

Insiders, however, are skeptical of his health claims, telling Page Six, “the legitimacy of this claim is questionable, and no one can find proof of his being hospitalized.”

He allegedly followed that email with another note on Oct. 10, in which he wrote that the festival and his company, My Wine Society, “will be dissolving and ceasing business activity while we search for a potential acquirer for the brand IP (if one exists).”

He further warned, “if you’re receiving this, legal recommends that you do not communicate to anyone regarding MWS or Blended Fest affairs without consulting them first as you could unintentionally implicate or present yourself or the company in the wrong manner.”

Evans did not return calls, emails and text messages, after several attempts to reach him.