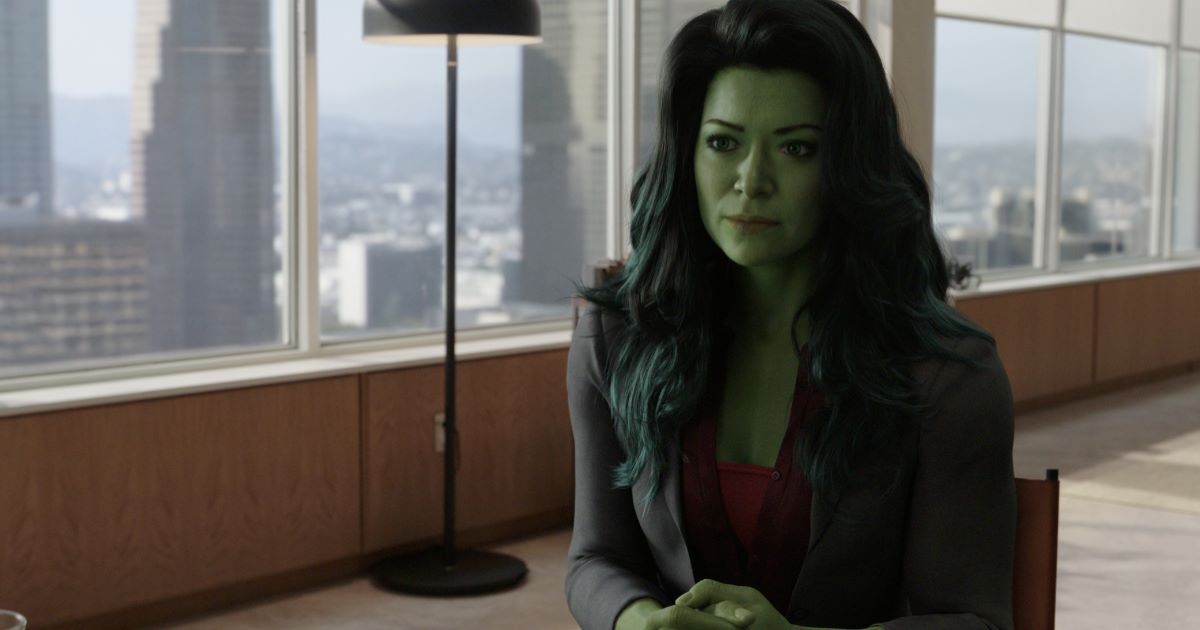 Breaking Down the Events in The Retreat

She-Hulk: Attorney at Law has been one of the most pleasant surprises to come out of Marvel in a long time. When the show was first announced, it was dismissed by many as slate filler; just a placeholder until we could get back to heavier hitters like Loki. Jennifer Walters isn’t thwarting a Hydra takeover or stepping in on Thanos’ plan to wipe out half of the universe. Not that she couldn’t handle it all, but it’s a breath of fresh gamma irradiated air that we don’t have a hero tasked with saving the world. Instead, Walters is figuring out her own life with a few modest brawls along the way.

The season hit its peak with episode six titled “Just Jen,” where Jen begrudgingly attends a high school friend’s wedding only to be greeted with cleanup duty from the obnoxious bride and a sucker punch from rival Titania. Jen comes out on top, and with a guy’s phone number, despite “Hulking out” and trashing the ceremony venue. That plot point is where episode seven, “The Retreat,“ picks up, and the series slows down to a frustrating low after hitting such a great high. Oh, and still no Daredevil. But the episode still had some fun stuff.

The episode begins with a montage of Jen’s dates with Josh (Trevor Salter), the guy from the wedding. They’re hitting it off well, and Jen thinks she’s finally found a guy who isn’t trying to leech off her big green alter ego. It’s someone who just likes her for her. That is until he spends the night, slinks out before she wakes up, and doesn’t respond to her text. One of the great things about the show is that Jen is relatable. She spends the entire day fretting over and obsessively checking her phone for a response. Who hasn’t been there?

Checking In on a Client

To compound her now flailing weekend, her client Emil Blonsky (Tim Roth), AKA the Abomination, might be blowing off his parole. Blonsky wears an “inhibitor” devise, sort of a super-powered ankle monitor, that keeps him from transforming into a ten-foot gill-eared world wrecker. Jen rolls her eyes and agrees to accompany Blonksy’s parole officer to the sprawling estate that Blonsky calls home. They show up to find an Abomination-free house; the inhibitor just malfunctioned.

Related: She-Hulk Features a Hilarious Cameo by Mr. Immortal: Who Is He?

Everything is resolved, Jen is ready to bolt, but her car is caught in the middle of a brawl between two very odd super-powered beings, leaving it undrivable. This is where we meet Man-Bull (Nahan Hurd) and El Aquila (Joseph Castillo-Midyett), two of Blonksy’s “resort” attendees, who are working out their differences with a fight.

This is an intro to an entire roomful of the colorful C-list characters with which She-Hulk is packed. We’ve already gotten to know insufferable social media influencer Titania, along with serial dater Mr. Immortal. Blonsky gives Jen a tour of the grounds, including a spiritual sweat lodge, along with land dotted with many, many chickens.

Jen is stuck on the estate with no cell reception. She wanders the grounds in vain, looking for bars to fleet across her screen so she can get a tow. This trek leads her to the group session Blonsky heads up with several more troubled lesser heroes.

We get to meet Porcupine (Jordan Aaron Ford), Thunderball (Justin Eaton), and Saracen (Terrence Clowe), with Man-Bull and El Aguila filling out the room. Strutting in late is Wrecker (Nick Gomez), one of the goons who tried to mug Jen in a previous episode. She immediately goes green and is ready to fling him into space before she’s calmed down by Blonsky and reluctantly agrees to sit in on the group and discuss her own troubles.

Jen begins to slowly open up about getting ditched by Josh and the implications on her life as She-Hulk in general. She feels that She-Hulk just brings out prospective groupies; people who just want proximity to a potential future Avenger. She thought she had found someone who appreciated her in regular human form, but he slipped out in the middle of the night. The group is extremely supportive and thoughtful and arrives at the conclusion that Jen should just delete Josh’s number and stop dwelling on the radio silence. She parts ways with the group receiving a goodbye card with the message they appreciate both Jen and She-Hulk.

What Happened with Josh?

It turns out Josh isn’t just a jerk; he’s up to some super shady stuff. The episode is capped off with a flashback scene of Josh sneaking off in the middle of the night, but not before he clones Jen’s phone and texts someone named Hulk King with a blood and vial emoji. This is likely the same group that supplied Wrecker and his gang with their Asgardian weaponry as they attempted to get a vial of Jen’s blood. Maybe Jen is going to have to save the world after all?

Overall, “The Retreat” felt like a filler episode that relied too heavily on the weird cast of back-bench goons to get its laughs. It kind of succeeds, but after the great time that was “Just Jen,” this episode took the wind out of the series’ sails. Hopefully, a certain horned vigilante and a better episode premise can right the ship.