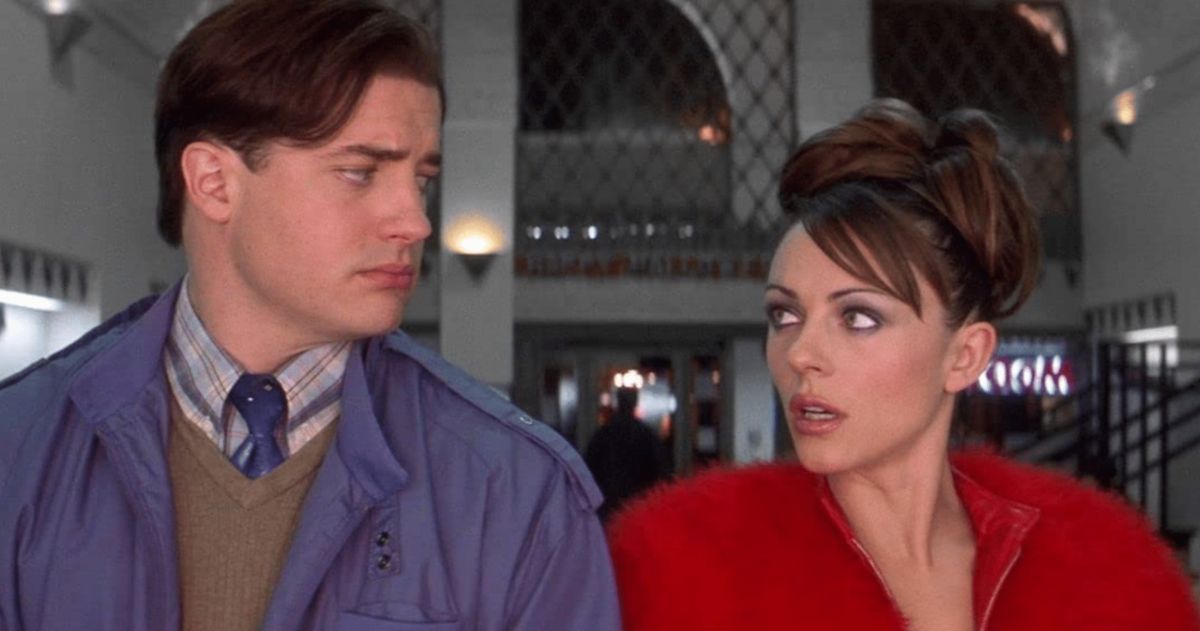 Brendan Fraser and Elizabeth Hurley starred together in 2000 movie Bedazzled, and recently met up at a screening of Fraser’s movie The Whale.

Brendan Fraser and Elizabeth Hurley starred together in the movie Bedazzled in 2000, and the pair have recently reunited for a cute photo at a screening of Fraser’s new movie The Whale. Right in the middle of Fraser’s early movies, the Harold Ramis-directed comedy received mixed reviews but did reasonably well at the box office, and while it will never be remembered as a classic, the pair’s reunion 22 years on is a great little trip down memory lane for the film’s fans.

Fraser and Hurley were both in attendance at the London screening of Darren Aronofsky’s The Whale. After the event, the pair were happy to pose with each other for snaps and certainly took the limelight from the many other stars in attendance. As well as being a delightful snap, the moment brought about a certain amount of nostalgia to see Hurley’s sexy Devil getting her claws into Fraser’s lonely computer geek who is happy to sell his soul for seven wishes, none of which quite go to plan.

However in real life things are currently going very right for Fraser, as having rebuilt his profile over the last several years as part of TV series such as Doom Patrol and Trust, he is now expected to receive more accolades than he knows what to do with for The Whale, and will also be seen in Martin Scorsese’s Killers of the Flower Moon next year.

Related: Brendan Fraser Responds to Casting Criticism in The Whale: ‘I’m Not a Small Man’

Brendan Fraser Would Have Also Appeared in the Canceled Batgirl Movie

While there seems to be nothing stopping Brendan Fraser’s comeback, the cancelation of Warner Bros. Discovery’s Batgirl movie was a kick for the actor, who was set to appear as the villain Firefly in the movie. Fraser recently spoke about the “tragic” cancelation of the movie, saying that he believes the kind of decision-making that went into the movie being scrapped doesn’t help build trust between studios, filmmakers, and actors. He said:

“It’s tragic. It doesn’t engender trust among filmmakers and the studio. Leslie Grace was fantastic. She’s a dynamo, just a spot-on performer. Everything that we shot was real and exciting and just the antithesis of doing a straightforward digital all green screen thing. They ran firetrucks around downtown Glasgow at 3 in the morning and they had flamethrowers. It was a big-budget movie, but one that was just stripped down to the essentials.”

While the loss of Batgirl was a blow to Fraser, who revealed that he never got to see the movie, as he “doesn’t eat half-baked cake” so has not watched the rough cut that the directors had put together, it certainly was nothing more than a blip, and The Whale has turned out a movie that is going to get him much more attention from a number of awards ceremonies than any superhero role would have. After so long out of the limelight, Fraser’s return been nothing short of spectacular, and with a few other movies already in production, it is not about to stop anytime soon.