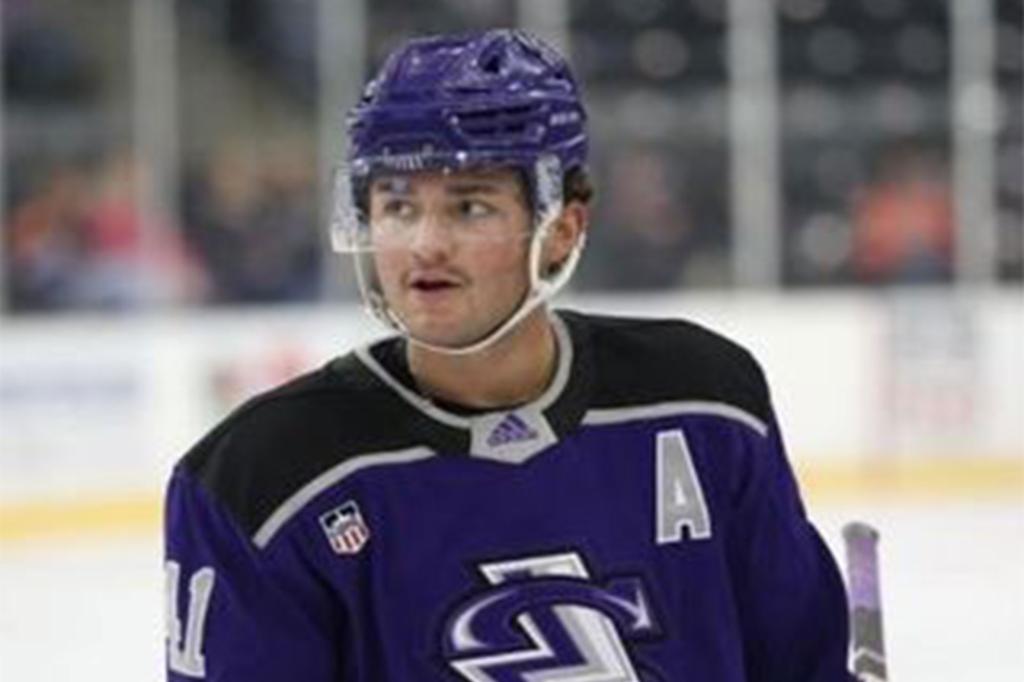 BOSTON — The Boston Bruins decided Sunday to rescind their contract offer to prospect Mitchell Miller, who had his draft rights relinquished by Arizona for bullying a Black classmate with developmental disabilities in middle school.

The team signed Miller to an entry-level contract Friday, prompting criticism from players and comments from NHL Commissioner Gary Bettman that the 20-year-old would not currently be eligible to play in the league.

Team president Cam Neely said in a statement the Bruins thought Miller’s bullying of Isaiah Meyer-Crothers was an isolated incident and reversed course “based on new information.”

“We owe it to our fans, players, staff, partners and community to make sure that our practices and protocols are in keeping with the ethos that we demand from ourselves and as an organization,” Neely said. “As such, we will be reevaluating our internal processes for vetting individuals who wish to earn the privilege of playing in the National Hockey League for the Boston Bruins.”

Earlier Sunday, agent Eustace King released a statement saying O2K Sports Management took part in serious deliberation before deciding to represent Miller, saying the defenseman was working with and volunteering for organizations and committed to changing his ways. King did not immediately respond to a message Sunday night seeking comment on the Bruins decision.

“Based on new information, we believe it is the best decision at this time to rescind the opportunity for Mitchell Miller to represent the Boston Bruins,” Neely said. We hope that he continues to work with professionals and programs to further his education and personal growth.

Boston opting to sign Miller did not go over well with players, from captain Patrice Bergeron down. Bergeron said he was consulted about the possibility and was “on the fence.”

“The culture that we built here goes against that type of behavior,” Bergeron said. “In this locker room, we’re all about inclusion, diversity, respect.”

“Tough thing to hear for our group,” he said. “I’m not gonna lie to you. I don’t think any guy was too happy.”

The Coyotes picked Miller in the fourth round of the 2020 draft despite knowing of his 2016 assault conviction. The team parted ways with Miller amid criticism after learning more about the bullying.

The University of North Dakota announced a day later that Miller was no longer with the school’s hockey team.

Miller pleaded guilty at age 14 to one count of assault and one count of violation of the Ohio Safe Schools Act. He and another teenager were accused of making Meyer-Crothers eat a candy push pop after wiping it in a bathroom urinal, and surveillance video showed them kicking and punching him.

Miller sent a letter to all 31 NHL teams acknowledging what happened and apologizing for his behavior. Joni Meyer-Crothers said Miller never personally apologized to Isaiah or their family other than a court-mandated letter.

“When I was in eighth grade, I made an extremely poor decision and acted very immaturely,” Miller said in a statement. “I bullied one of my classmates. I deeply regret the incident and have apologized to the individual. Since the incident, I have come to better understand the far-reaching consequences of my actions that I failed to recognize and understand nearly seven years ago.”

Miller sat out the 2020-21 season before scoring 39 goals with 44 assists for Tri-City of the USHL in 2021-22. He was named the USHL’s player and defenseman of the year after setting league records for goals and points by a defenseman.

“We are sorry that this decision has overshadowed the incredible work the members of our organization do to support diversity and inclusion efforts,” Neely said, offering his apology to Meyer-Crothers and his family and saying the team stands against bullying and racism. “I think there is a lesson to be learned here for other young people. Be mindful of careless behaviors and going with the group mentality of hurting others. The repercussions can be felt for a lifetime.”