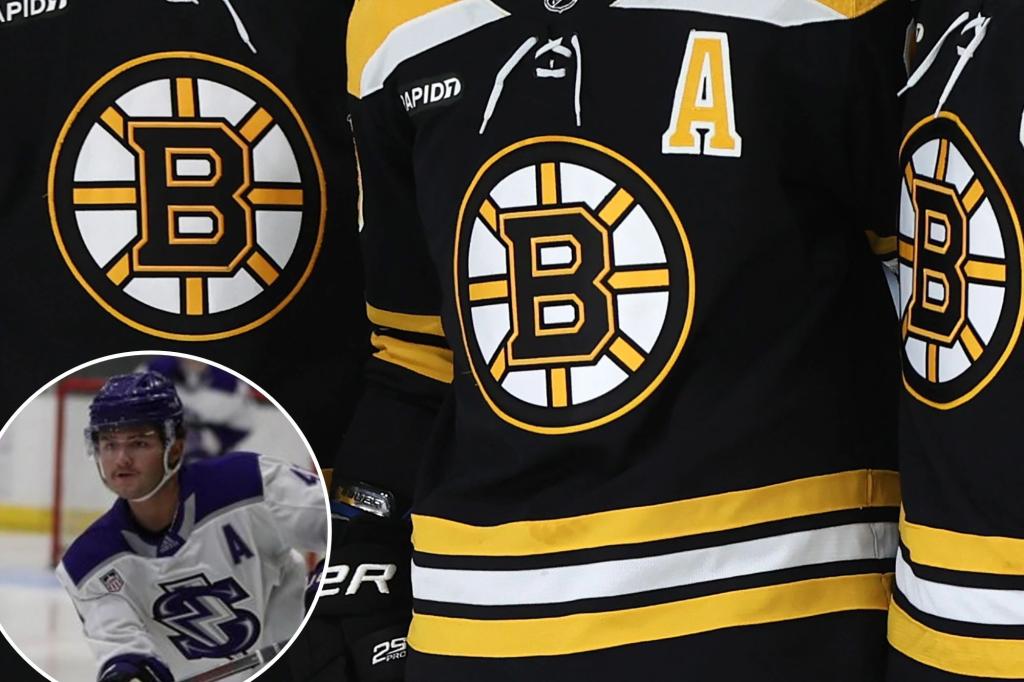 The Bruins’ signing of Mitchell Miller represents the outcome of a cynical decision-making process endorsed by ownership and management that values hockey potential over personal character, and let us remember that when the organization crows over the character in the room.

But if you think the ultimate decision was made by general manager Don Sweeney or by Boston folk hero and team president Cam Neely, you are hopelessly naive. Surely the ultimate risk/reward verdict was rendered by whichever “Mr. Jacobs” — Jeremy or Charlie — is currently in charge of these ownership things.

No one wants to root for a reprobate. But it all becomes a little less distasteful if a miscreant wearing the proper-color laundry can contribute to a championship, doesn’t it? That is the calculus of pro sports. Further, that is also the calculus of big business, the entertainment industry and our political system — where generating windfall profits and amassing power are the equivalent of winning titles, are they not?

One would almost think we as a society have accepted the trade-off or else we might have constructed a different type of reward system.

And though pro leagues and pro sports teams do have an obligation to establish some sort of standard of employment and behavior, it is absurd to ask or expect these entities to be a substitute for the criminal justice system. It also seems absurd to expect those organizations to act with honor. That’s not really why they exist.

Mitchell Miller conducted a series of vile acts as an adolescent in a racially motivated campaign against a classmate named Isaiah Meyer-Crothers, who had developmental disabilities. Miller, at age 14, pleaded guilty to one count of assault and one count of violating the Ohio Safe Schools Act. He has never appeared particularly remorseful.

The Coyotes drafted Miller in the fourth round of the 2020 draft, but soon after renounced his rights in the wake of reporting by the Arizona Republic that exposed the pattern of bullying, abuse and misconduct the then-teenager conducted against Meyer-Crothers. According to Meyer-Crothers’ mother, Tina, the abuse began in the second grade while her son was growing up in a suburb of Toledo. The day after the Coyotes renounced Miller’s rights, he was dropped by the University of North Dakota hockey program.

He sat out the 2020-21 season, but last year rejoined the USHL Tri Cities Storm in Kearney, Neb., for which he established league records for goals and points in a season by a defenseman (39-44-83) and was designated USHL player of the year.

That apparently went a long way toward influencing the Bruins’ thinking that an anticipated short-term PR hit would be worth weathering. It is noteworthy that no one from the Bruins’ hierarchy contacted anyone from the Meyer-Crothers family, including the victim, over what Sweeney claimed was a vetting process of almost a year.

You know what? When you don’t seriously want answers, it is more convenient not to ask questions.

Sweeney, who was tasked with being the face of the organization after the signing was announced, attempted to convince folks that Miller — who has been assigned to AHL Providence — had committed a one-time mistake even though the evidence is contrary to that assertion.

The signing is an embarrassment, all right, for the NHL and for the Bruins. You would hope that your team wouldn’t stoop so low, but chances are they probably would. Pro sports are not about morality.

Commissioner Gary Bettman, speaking to reporters in Finland on Saturday, said Miller is “not eligible at this point,” calling his behavior “reprehensible, unacceptable.”