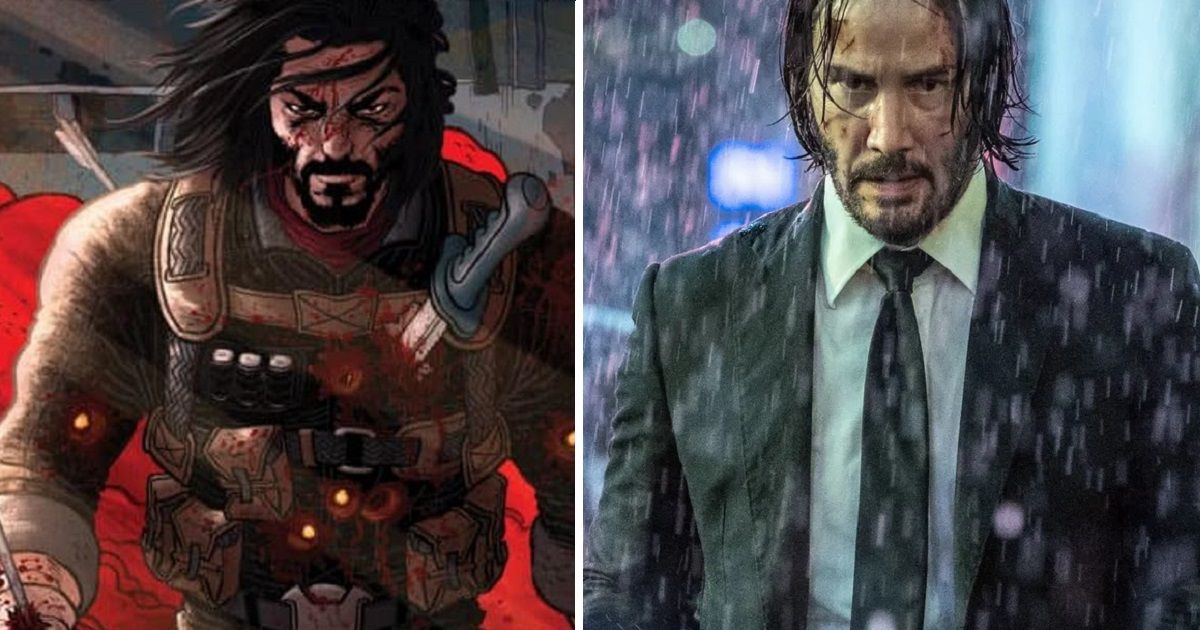 John Wick star Keanu Reeves will soon continue his legacy as an action hero with the upcoming BRZRKR, which will follow the beloved actor as an immortal warrior who fights his way through the ages. Now, writer Mattson Tomlin has taken to social media to reveal that he has finished work on the script, which, spoiler alert, will end with a classic “cut to black.”

The initial image sent the internet into something of a meltdown as many believed that Tomlin was teasing his completion of the script for The Batman 2, a project he is currently working on alongside director Matt Reeves. Later, Tomlin revealed that his tease was, in fact, regarding BRZRKR, which, while lesser-known than the continuing adventures of The Dark Knight, is equally exciting.

BRZRKR follows an immortal warrior’s 80,000-year fight through the ages. The man known only as “B” is half-mortal and half-God, and is cursed and compelled to violence, even at the sacrifice of his sanity. After wandering the world for centuries, this mysterious mercenary may have finally found a refuge – working for the U.S. government to fight the battles too violent and too dangerous for anyone else. In exchange, he will be granted the one thing he desires – the truth about his endless blood-soaked existence…and how to end it.

Frankly, everything about that sounds like the pitch-perfect project for Keanu Reeves.

BRZRKR Will Be Rated R & Released on Netflix

The live-action BRZRKR movie was announced back in March last, with an animated series also being planned. “Exciting news! Netflix is developing a live-action film AND follow-up anime series based on Keanu Reeves’ BRZRKR, a brutally epic saga about an immortal warrior’s 80,000 year fight through the ages. Reeves will produce and star in the film, and voice the anime,” Netflix Geeked revealed.

Reeves has since revealed that the Netflix adaptation will be rated R. “We’re working with Netflix who have been very cool. They’re going to let us do an R-rated story which is cool,” the actor said. “My ambition or hope is not to do a filmed version of the comic book so that they’ll have things in common, definitely the main character and his kind of rule set, but that we can take it to other places as well.”