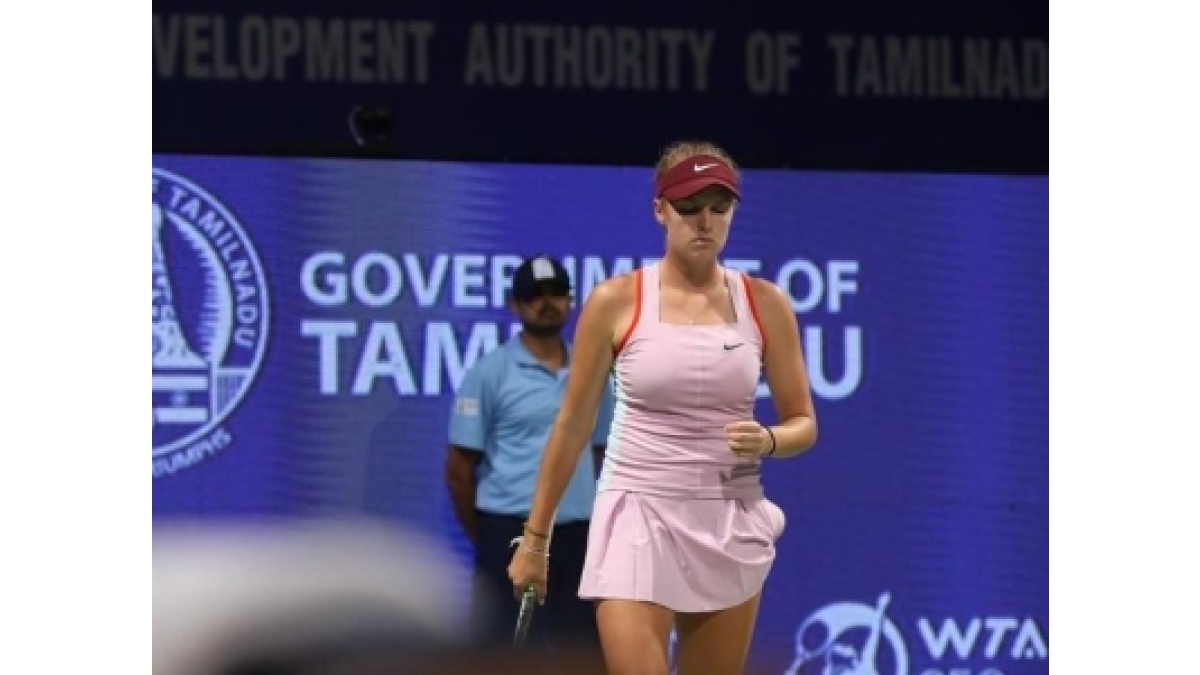 Fruhvirtova was down 4-1 in the third set before collecting the last five games of the match.

Fruhvirtova took two-and-a-half hours to claim the come-from-behind win over Linette, a two-time singles titlist on tour. The teen avenged a loss to Linette in their only prior meeting, at Cleveland last year.

At 17 years and 141 days old, Fruhvirtova is the youngest titlist of the season on the WTA Tour so far. She is the youngest singles champion on tour since Coco Gauff won Parma last year at 17 years, 70 days old.

Sunday’s match was a bold victory for Fruhvirtova, who converted half of her six break points while fending off seven of the nine she faced in the final, according to a report on the WTA Tour website.

Linette was the early leader as she broke for 5-4 in the first set with a forehand winner off of a drop shot. She then ran with that opportunity, holding serve at love to take a one-set lead.

Fruhvirtova turned the match around, earning her first break of the day for a 5-3 lead in the second set. She levelled the match by consolidating in the next game, closing out a set where she never faced a break point.

A forehand winner gave Linette the first break of the decider for a 3-1 lead, and after holding for 4-1 the Pole appeared to be in charge. But Fruhvirtova used powerful hitting to pull back on serve at 4-3, and the Czech teen moved ahead by a break at 5-4 with a sterling return, the report said.

Fruhvirtova never relinquished that advantage, converting her first championship point in the following game to seal her first title.