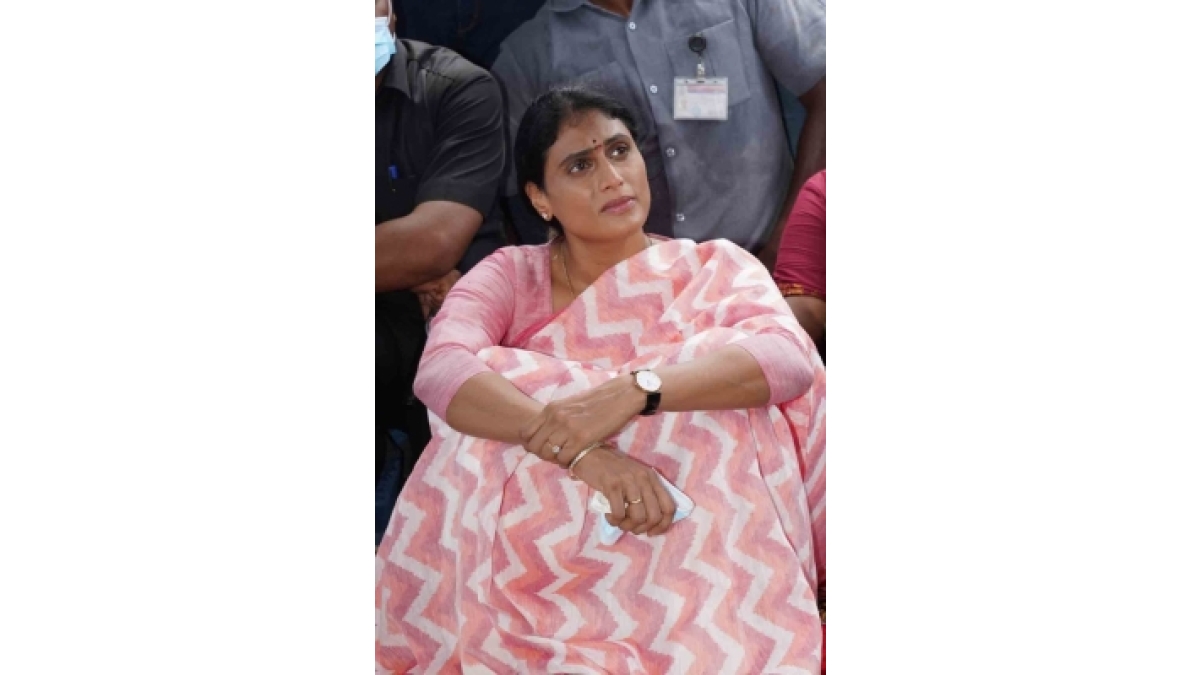 Sharmila, who is on a Telangana padayatra, also made the sensational claim that plans are afoot to kill her also.

Rajasekhar Reddy had lost his life in a helicopter accident in December 2009, a few months after leading the Congress to its second consecutive victory in the Assembly polls.

Addressing media in Mahbubnagar, Sharmila said:” Y.S. Rajasekhar Reddy’s death is the result of a conspiracy and attempts are being made to kill me too. But KCR, Telangana Chief Minister, should remember that I’m YSR’s daughter and fearless.”

Sharmila, is the sister of Andhra Pradesh Chief Minister Jagan Mohan Reddy. She parted ways with her brother in 2021 and set up the YSRT Party as a political alternative for the people of Telangana. Embarking on a padayatra of the state, she had covered 2000-km on foot a week ago.

Wondering why TRS ministers and MLAs are scared when she raises the corruption issue, Sharmila stated that they are running the state in Taliban-style.

Alleging that Telangana Police are arresting anyone who questions failures of the TRS government, Sharmila said the police department might as well be merged in the ruling TRS party.