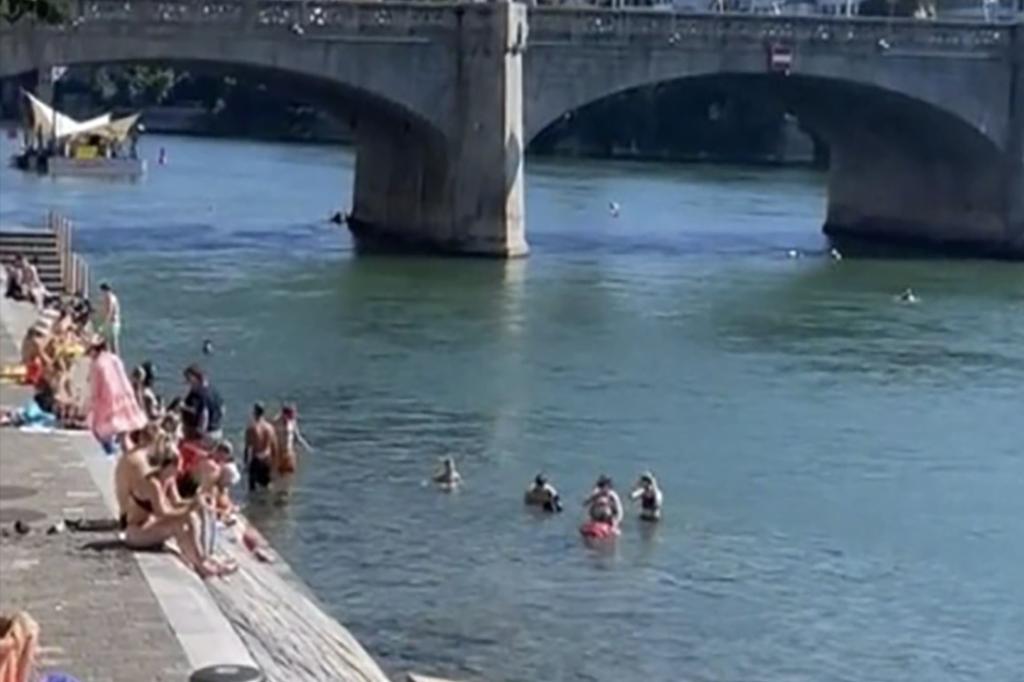 Depending on where you live in the world, most people get home from work by a car, bus or train – but not those who live in the Swiss city of Basel.

There, locals simply float down the River Rhine to get home.

Basically, they just put their belongings in a dry bag, jump in the water and off they … float.

“You’re not going to believe this but in Switzerland some people actually commute home form work by river,” shocked TikTok user Nick said in a viral clip.

“They use the current to take them all the way back home from work. They get exercise, they get sunshine and pretty much enjoy a beautiful life.”

The activity takes place in the Swiss city of Basel and has also been a huge tourist attraction.

“[It’s] my favorite thing to do in Basel, Switzerland,” travel blogger Alexa said in a clip upon a recent trip to the picturesque destination.

“Everyone has a dry bag called a ‘wicklefisch’. It’s in the shape of a fish to store their stuff and before work, after work, adults, children, dogs, everyone floats down the Rhine because the current is so strong. It’s so fun,” she said.

There’s reportedly small cabins specifically set up as dressing rooms near the river with Alexa explaining there are also a few showers and toilets along the route.

“You basically have to walk back to wherever you’re going. Some people use it as ‘transport’ to get from point A to point B,” she added.

Many couldn’t believe the unusual mode of transport.

“Could you imagine! You get off work with your friends and you all live in the same neighborhood and you’re just like, ‘Hey let’s swim home,’” one TikTok user commented.

However, as “magical” as it looked for some, others found it to be a chore.

“Imagine having the worst day at work and having to swim home,” one person joked.

“Imagine getting fired and be like, ‘Damn I gotta swim home now,’” another added.

While it does look peaceful and “relaxing”, one traveller noted the Rhein is a large, powerful river and that you must feel comfortable in water before giving it a go.

“As long as you’re a competent swimmer, you should be good,” Desiree, a Norwegian travel blogger wrote in her blog.

“I have to say, this is perhaps one of the coolest and fun things I’ve ever done in a city in Europe.”

“Know where you’ll be leaving the river again. You have to plan this, as it takes some time to get all the way to the side,” she recommended.

“Swim to the right of the river, as boats and even ferries uses the left part.