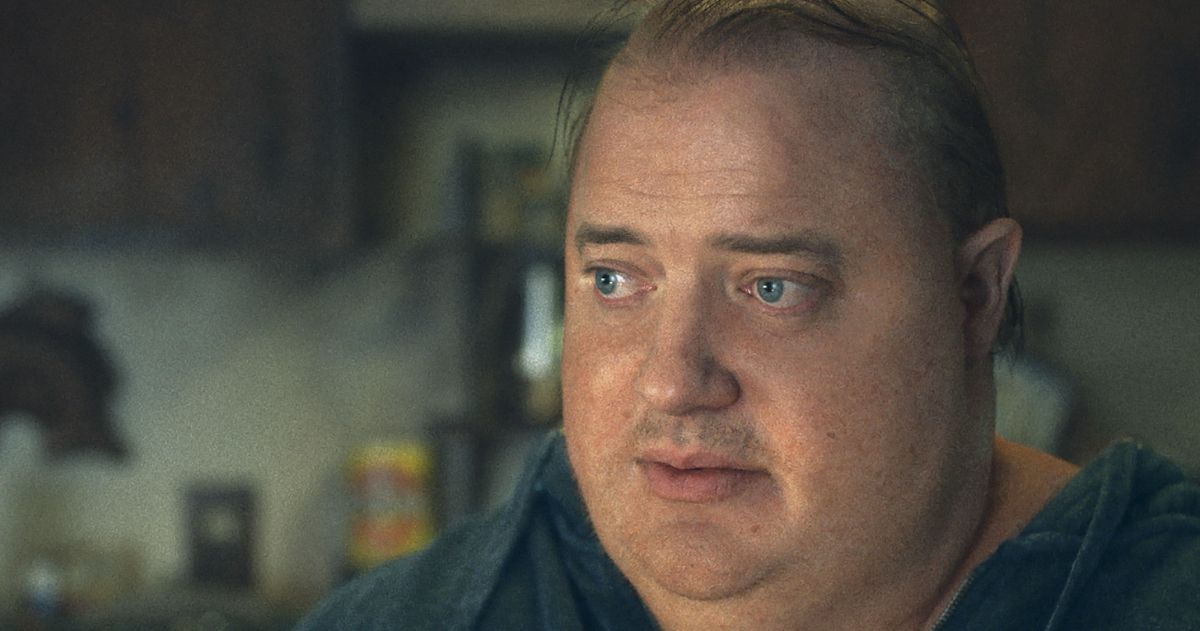 Some critics are saying The Whale could be the movie that will earn Brendan Fraser an Academy Award nomination, but while there has been immense support for the actor from colleagues and fans alike, not everyone is overly thrilled about his casting in the film. Directed by Darren Aronofsky, The Whale is written by Samuel D. Hunter, who previously developed the story as a play in 2012. The film follows Fraser as a 600-pound recluse hoping to reconnect with his daughter (Sadie Sink) after abandoning his family years prior to pursue a new life with his gay lover.

Fraser, Aronofsky, and Hunter spoke at length about the film in a new interview with Variety, revealing some insight into how The Whale came to be. Aronofsky addressed the casting criticism, which includes actors like Daniel Franzese and Guy Branum asking why a straight actor in a fat suit was given that opportunity over an obese queer actor. For his part, Aronofsky explained how he had in fact looked into casting an obese actor for the role, but no one felt quite right for the role. The director also said he couldn’t really cast a 600-pound man for health and safety reasons and ultimately figured that there’d be criticism over his casting choice regardless of the actor’s weight.

“There was a chapter in the making of this film where we tried to research actors with obesity. Outside of not being able to find an actor who could pull off the emotions of the role, it just becomes a crazy chase. Like, if you can’t find a 600-pound actor, is a 300-pound actor or 400-pound actor enough? … From a health perspective, it’s prohibitive. It’s an impossible role to fill with a real person dealing with those issues.”

Hunter also noted how the title of the film “pokes at some people’s prejudices,” and he was not surprised by the blowback the film has received at this point. That’s due in part to how obesity has been portrayed in film in years past, with movies like Norbit and Shallow Hal making a mockery out of obese people. When it comes to The Whale, Hunter explained how the film is actually inspired by his own real-life struggles as a gay man who turned to overeating as a coping mechanism to deal with his depression.

“To be clear, this is not a story about everybody who grapples with obesity. It’s how it presented in me. My depression manifested physically as I self-medicated with food. Fortunately, I had support in my life. I had parents who loved me, and I was able to deal with some of my demons and go to therapy and become a healthier person. But The Whale is about a person who didn’t have that support system.”

Related: Explained: How mother! Is An Allegory For Climate Change

Brendan Fraser Did Extensive Research for The Whale

Brendan Fraser may not be obese, but he did his research to ensure that he treated the role with accuracy and respect. In addition to spending hours in the makeup chair with up to 300 pounds of prosthetics added to his body, Fraser worked with a dance instructor for months to better understand how his character would move as a 600-pound man. The actor also consulted with the advocacy group Obesity Action Coalition and spoke with numerous people about their struggles with eating disorders. Fraser kept all of this in mind when he went into character for the film.

“They let me know what their diet was and how obesity had affected their lives in terms of their relationships with loved ones. It was heartbreaking, because very often these people were mocked and made to feel awful about themselves. Vindictive speech is painful. And it does damage because it feeds into the cycle of overeating. I just left those conversations thinking, ‘Hey, this is not your fault. This is an illness. This is an addiction.’”