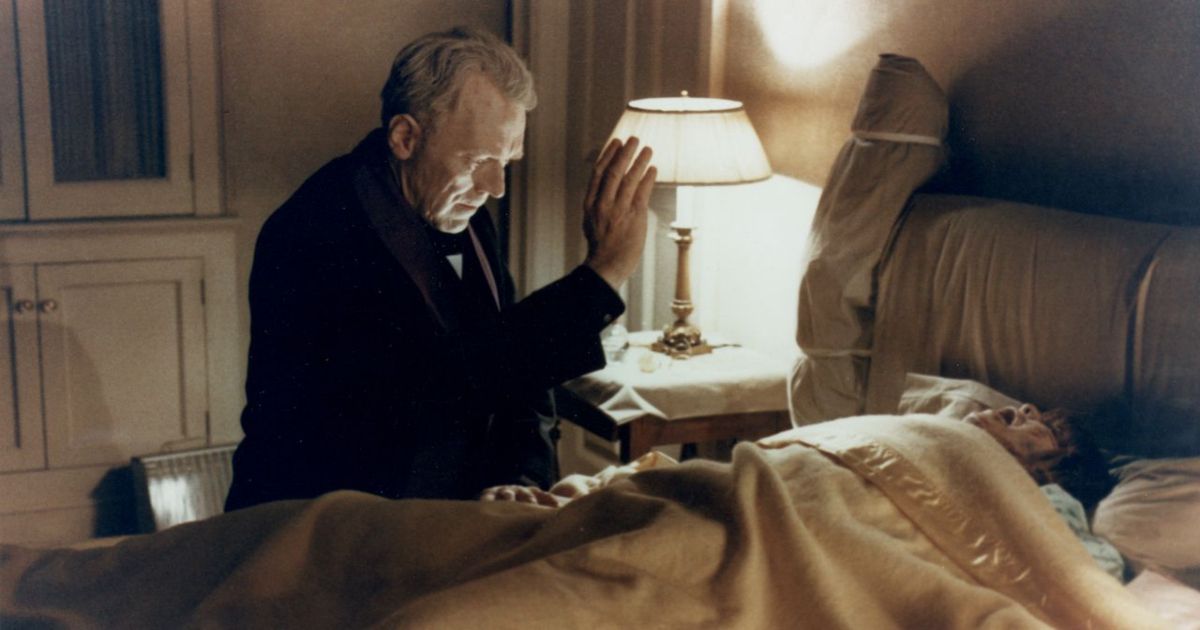 Following up his Halloween trilogy with a trilogy of Exorcist movies could be seen as David Gordon Green sticking with a winning formula. Yet, even with the two franchises being rooted in the horror genre, and both being produced by Blumhouse, Green recently laid out what makes his upcoming Exorcist movies different from the work he has done on Halloween and its two sequels.

Halloween Ends will bring Green’s reimagining of the Halloween story to a close this October, with Jamie Lee Curtis returning for one last face-off with Michael Myers. Having reconned the entire previous Halloween canon other than John Carpenter’s original 1978 movie, this looks like the final run out for Curtis’ Laurie Strode, although it is probably no the last time we have seen Michael Myers. Having wrapped up one franchise, Green is now stepping straight into another iconic horror story from the 1970s.

The Exorcist originally released in 1973 and has been terrifying audiences ever since with its harrowing tale of a young girl possessed by a demon. Based on the novel by William Peter Beatty, the movie’s cast included Max Von Sydow, Jason Miller, Linda Blair and Ellen Burstyn, who will be reprising her role in the new trilogy. While talking to Collider, Green explained how he has approached The Exorcist in a completely different way to Halloween, as they are two contrasting types of horror. He said:

“They’re nothing alike. Halloween is a horror movie, it’s a slasher movie, it’s midnight madness, good time at the movies, eat some popcorn. The Exorcist is a very researched drama about f**ked-up things — spirituality, religion, mental health, family — and it’s…you can overlap those two in these very different subgenres of horror, but the approach technically, creatively, is very different.”

Related: The Exorcist Star Ellen Burstyn Explains Why She Returned for Upcoming Sequel

David Gordon Green’s Exorcist Trilogy Will Not Be A Remake

While David Gordon Green’s Halloween trilogy took John Carpenter’s original movie ending and created a brand new story that ignored all of the sequels, including Halloween II which originally revealed that Laurie and Michael were siblings. When it comes to The Exorcist though, Green won’t be repeating the same process, and will instead be a direct sequel to the original movie but will also keep the previous sequels and prequels as canon. Green previously said:

“The Exorcist has been written. That was one of my pandemic projects. It’s not inaccurate [that it will be a sequel to the original film]. I like all the Exorcist movies, and not only do I like them, I think they can all fall into the acceptable mythology for what I’m doing. It’s not like I’m saying, ‘Pretend that The Exorcist 2 never happened.’ That’s fine to exist. They’re all fine to exist, and I enjoy all of them.”

In total, The Exorcist has spawned four additional movies, including the heavily criticized Exorcist II: The Heretic, the vastly underrated Exorcist III, and two different prequel movies Exorcist: The Beginning and Dominion: Prequel to the Exorcist, which released almost simultaneously to provide two different takes on a prequel story. What aspects of these movies Green could keep as part of his trilogy is unknown, but with things seemingly moving along at pace, it shouldn’t’ be too long before we find out more.