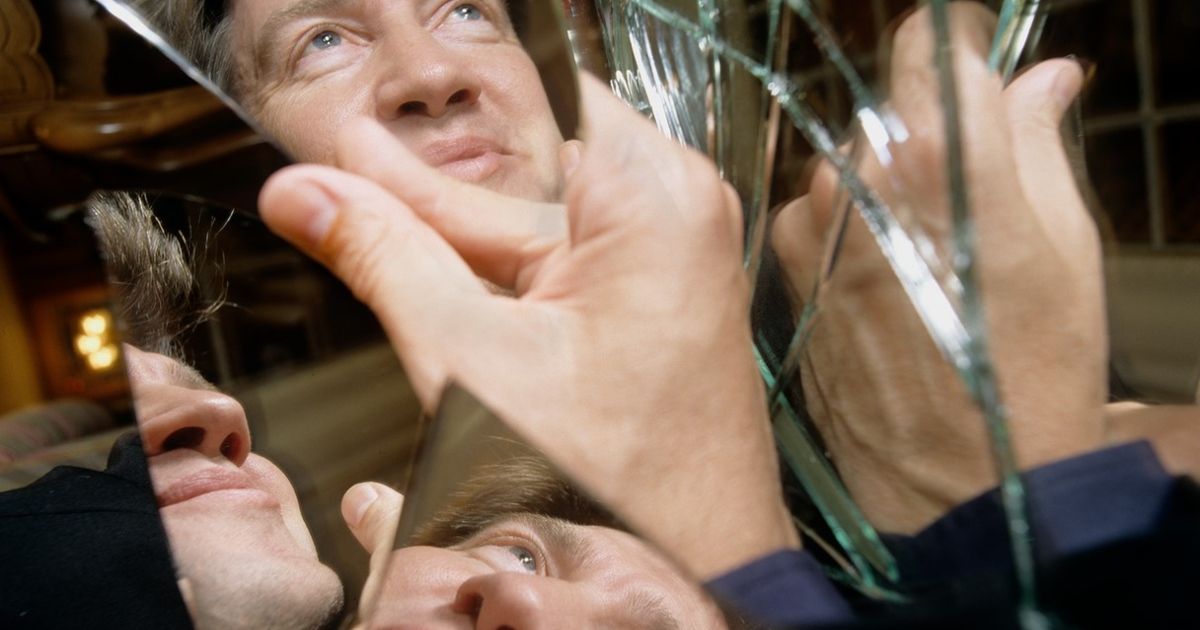 David Lynch’s Obsession with The Wizard of Oz Is Explored

Swiss Director Philippe has built a reputation making movies about movies, and this new treatise on the thematics in Lynch’s work perfectly aligns with his previous films, including The People Vs. George Lucas, Doc of the Dead, 78/52: Hitchcock’s Shower Scene, Memory: The Origins of Alien, and Leap of Faith: William Friedkin on The Exorcist.

The trailer for Lynch/Oz is a spare presentation of words, voices, and a classic theater’s interior to get audiences in the mood for the interpretation of imagery and themes in the filmmaker’s oeuvre pertaining to Fleming’s fantastical musical.

“Toto, I have a feeling that we’re not on Mulholland Drive anymore…” announces white italicized words in the middle of a black screen as ominous white noise hums in the background (suitably like from a Lynch film itself) to kick off the trailer.

After we see seals for the films nomination and selection by the BFI London Film and the Tribeca Film Festivals, we’re taken inside a grand old movie palace with an elaborate chandelier and lavish curtains, which bring to mind the velvet ambiance of the Red Room in Lynch’s cult classic television series, Twin Peaks. The interior of this unidentified theater is where the rest of the trailer remains for the duration of its one-and-a-half-minute running time, the camera panning around thoroughly as we hear testimonials from the film’s interviewees.

The run of disembodied voices begins with Variety, and KPCC Film Week critic Amy Nicholson, who states, “I do see the story of The Wizard of Oz as the story of David Lynch himself becoming a filmmaker.” Text next to a close-up shot of a microphone on the theater’s stage tells us that Rolling Stone says that this is “A must for film nerds.” Then we hear cult sensation filmmaker John Waters put forth that, “David has gone over the rainbow from the very first film ever, he lives in a different reality than you or I do, and that’s quite obvious.”

“Lynch/Oz is cinematic catnip,” declares The Film Stage in another bit of text. We then hear the voice of acclaimed documentary filmmaker Rodney Ascher, who ponders, “Why would Lynch be that absorbed with The Wizard of Oz? Did he watch The Wizard of Oz on a perfect day, a perfect time as a child, and it’s sort of baked into his subconscious?”

“A fitting tribute to Lynch,” goes the last pull quote from The Wrap before the film’s title fills the screen with the eerie noise, now intertwined with a murmuring synth, growing louder before abruptly fading off.

What to Expect from Lynch/Oz

While the trailer features no footage from either The Wizard of Oz or Lynch’s filmography, it still presents the tone. It gives a feel for the forum in which the theories and insights into the director’s fandom for Fleming’s iconic fairytale and how it influenced his work. While none of the titles of Lynch’s films are summoned for the trailer, one can expect that such cinematic and small-screen landmarks as Blue Velvet, Wild At Heart, Mulholland Drive, and Twin Peaks will be followed down the yellow-brick road all the way to Emerald City for the ultimate peak behind the curtain.

Related: The Wizard of Oz: The Real Story of the Famous Production

In one of the few reviews of the film that has so far been posted, from its premiere at the 2022 Tribeca Film Festival, IndieWire critic David Ehrlich wrote that “Lynch/Oz is at its best when it’s at its most illustrative — spiking familiar clips with new context, or arranging side-by-side comparisons that hear uncanny echoes between Victor Fleming’s family classic and David Lynch’s most haunted work. Filtering The Wizard of Oz through the lens of David Lynch, Phillippe and his guests find those energies in close proximity to each other, using two deceptively different visions of America to suggest that our dreams and nightmares have never been as far apart as they seem.”

Joining Nicholson, Waters, and Ascher, whose documentary Room 237 also resides in the movies about movies genre, to talk about Lynch and the world of Dorothy, and the Munchkins in Philippe’s film, are such luminaries as directors Justin Benson (Loki, Moon Knight), Karyn Kusama (Jennifer’s Body, Destroyer), and cinematographer Aaron Moorhead (V/H/S Viral, Synchronic).

The highly anticipated Lynch/Oz is set to be theatrically distributed by Janus Films in North America but does not yet have a release date, so this all-too-brief preview will just have to do for now. It is indeed a tease but an effective one, as film buffs are sure to eat up every word in anticipation. With hope, a release date, and a longer trailer, with some actual footage from the film, will come shortly to help ease the wait.