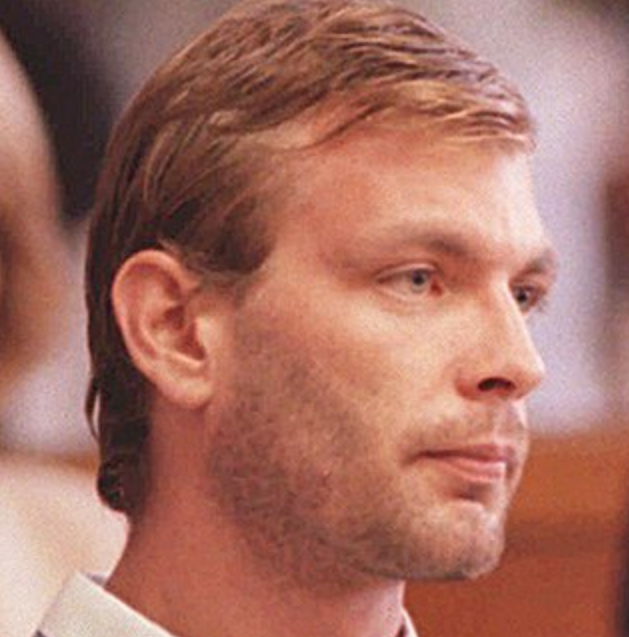 Ryan Murphy and Ian Brennan’s co-created limited-run series DAHMER Monster will reveal the real Jeffrey Dahmer Story on Netflix. Together with Evan Peters, Murphy has previously collaborated on a few horror-themed programs. This time around, the incredible team is returning with a stunning biographical crime drama.

This September, the program will make its Netflix debut. It will demonstrate once more how terrifying Peters is when playing such parts. His portrayal of the notorious American serial killer will set new records. To read our in-depth analysis of the just released first official trailer for the program, scroll down.

Breakdown of the DAHMER Monster: The Jeffrey Dahmer Story Trailer

The DAHMER Monster video begins as two men move toward an apartment while a cheerful music that would play at a carnival plays in the background. One of them is the titular host, played by Emmy Award-winning actor Evan Peters, who has become adept at such gruesome shows thanks to their shared professional history with Ryan Murphy.

As he welcomes his visitor inside, the latter detects an odd odor. The camera pans out to reveal Dahmer’s room, which is littered with empty beer cans and a device that resembles a heat gun. At this point, the music turns gloomier as the lighthearted track ends. The door is ominously locked by Dahmer, and his visitor is startled by the gloomy surroundings.

After that, a montage shows Dahmer attending to various male visitors and delivering them beverages. In the background, Niecy Nash’s voiceover can be heard, asking, “What do you do in there? the odors. Power tools running nonstop through the night. In your apartment, I can hear shouting. The rolling montage heightens our fear of this man throughout, but it’s unclear what he’s putting the men that come to his house to. We just know that it is gruesome and evil.

The trailer then places us in a light-filled room with him and his neighbor (Neicy Nash), where the two are conversing and the former appears to be making amends to the latter. He asks her to open the present he bought for her, but when she doesn’t, he does it for her and takes out a nasty sandwich. In a voice that is both calm and dangerous, he commands her to consume it.

He is shown hugging a man in what appears to be a coffin in the following image, which cuts to a scene in his bedroom where he is seen holding a mannequin lying on his bed. When Nash and Peters’ characters are shown in earlier scenes, the former seems uneasy about the sandwich Dahmer is serving her.

Who Is Jeffrey Dahmer?

The Milwaukee Cannibal or the Milwaukee Monster, also known as Jeffrey Lionel Dahmer (/dmr/; May 21, 1960 – November 28, 1994), was an American serial killer and sex offender who murdered and dismembered seventeen men and boys between 1978 and 1991.

His later killings frequently entailed cannibalism, necrophilia, and the permanent retention of body parts, usually the entire or portion of the skeleton.

Dahmer was ruled to be legally sane at his trial despite having been diagnosed with borderline personality disorder, schizotypal personality disorder, and a psychotic disorder. On February 17, 1992, he was given a sentence of fifteen periods of life in prison for the sixteen murders he had committed in Wisconsin and was found guilty of fifteen of them. Dahmer was later given a life sentence for the sixteenth time for a second murder he committed in Ohio in 1978.

Christopher Scarver, a fellow prisoner at the Columbia Correctional Institution in Portage, Wisconsin, beat Dahmer to death on November 28, 1994.

Childhood Lionel Herbert Dahmer, a Marquette University chemistry student who eventually worked as a research chemist, and Joyce Annette (née Flint), a teletype machine instructor, had their first son, Dahmer, on May 21, 1960, in Milwaukee, Wisconsin.
Joyce Dahmer was of Norwegian and Irish lineage, while Lionel Dahmer was of German and Welsh descent.
According to some stories, Dahmer was neglected as a baby.

However, according to some reports, Dahmer’s parents adored him as a baby and toddler despite the fact that his mother was notorious for being tense, attention-seeking, and confrontational with her husband and their neighbors.

Lionel’s university studies kept him away from home for a large portion of Dahmer’s first grade year; when he was home, his wife—a hypochondriac with depression—demanded constant attention and spent more and more time in bed.

She is reported to have used equinil in an attempt at suicide on one occasion. As a result, neither parent spent a lot of time with their kid, who subsequently recalled that he felt “unsure of the solidity of the family” from a young age and that this was because of the intense tension and frequent disputes between his parents during his early years.

After undergoing double hernia surgery just before his fourth birthday, Dahmer, who had previously been a “energetic and joyful boy,” became noticeably more introverted.

Dahmer was viewed as quiet and timid in elementary school; one teacher subsequently recalled that she had noticed early signs of abandonment in Dahmer as a result of his mother’s illnesses, which worsened when she became pregnant with her second child.

Nevertheless, Dahmer did have a few acquaintances in elementary school.

The family relocated to Doylestown, Ohio, in October 1966.

Jeffrey was given the opportunity to pick the name of his infant sibling when Joyce gave birth to him in December; he decided on the name David.

Lionel received his degree that year and began working as an analytical chemist in neighboring Akron, Ohio.

Dahmer had a fascination in dead animals from a young age. When he was four years old, he may have noticed his father remove animal bones from the foundation of the family home, which may have sparked his obsession with dead animals. Lionel claimed that Dahmer got concerned with animal bones, which he initially referred to as his “fiddlesticks,” and was “oddly pleased” by the sound the bones made. Even occasionally looked under and around the house for more bones, and he looked into the bodies of animals to find where their bones were.

The family relocated to Bath Township in Summit County, Ohio, in 1968. This was the Dahmers’ sixth residence since their nuptials, and their third in the previous two years. A short distance from the house, in a small hut surrounded by an acre and a half of woodland, Dahmer started to gather huge insects like dragonflies and moths as well as the skeletons of small creatures like chipmunks and squirrels. Some of these remains were stored within the hut in formaldehyde-preserved jars.

During a chicken supper two years later, Dahmer questioned Lionel about what would happen if the chicken bones were submerged in bleach.

Lionel gave a demonstration on how to safely bleach and preserve animal bones because he was encouraged by what he thought was his son’s interest in science. These preservation methods were included into Dahmer’s bone collection, and he also started gathering dead animals, especially roadkill, which he would dissect and bury next to the cabin, occasionally setting the skulls atop homemade crosses. Dahmer reportedly told a friend that he was interested in learning how animals “fit together” Dahmer once killed a dog in 1975, decapitated it, then nailed the body to a tree and impaled the skull on a stick in the woods behind his house. He then invited a buddy to see the display as “a hoax,” saying he had just happened to find the bones.

In the same year that Lionel showed his son how to preserve animal bones, Joyce started taking more sleeping pills, laxatives, and Equanil every day, significantly reducing her in-person interactions with her husband and kids.

Dahmer was seen as an outsider starting in his freshman year at Revere High School.
By the time he was 14 years old, he had started drinking beer and hard liquor during the day. He frequently hid his booze in the jacket he wore to school. He is believed to have said that the booze he drank was “my medicine” to a classmate who asked him why he was drinking Scotch in a morning history lesson. Staff members in his freshman year described Dahmer as courteous, highly intelligent, but with ordinary grades, despite his general lack of communication. He enjoyed playing tennis and spent a short time in the high school band.

When Dahmer entered puberty, he realized he was gay, but he kept it a secret from his parents. He briefly dated another teenage male in his early teens, but they never engaged in sexual activity. According to Dahmer’s subsequent admissions, he started having masturbatory dreams involving fully obedient male partners in his early to mid-teens. Eventually, he started concentrating on the chests and torsos of his fantasy partners. Dissection progressively merged with these fancies. When he was around 16, Dahmer had a fantasy about knocking out a particular gorgeous guy jogger so that he might use his body for sex. In order to wait for this individual, Dahmer once hid himself in some bushes with a baseball bat; but, on that particular day, he did not pass by. Later, Dahmer claimed that this was his first attempt at an assault.

Moving on, we come upon a youngster with glasses who is most likely a younger version of Peters’ Dahmer. Returning to the present-day Dahmer in the series, the actor is shown eating something and telling Nash that it is simply flesh as the ominous atmosphere intensifies.

Another montage of the specifics of his room and childhood plays out as vehicles, people, an ambulance, and the police gather in front of a building. Additionally, a court scenario featuring Dahmer in the orange suit is seen, making reference to his likely trial where unrest breaks out. He is then seen packing what appear to be body pieces in a box and luggage as the scene keeps moving.

Niecy Nash, crying inconsolably in front of the police, says she’s been phoning them for months, but it’s too late now. Before returning us to the same room with the two actors in it, a final montage of perplexing moments of incredulity plays out. Before the name of the series is announced, Dahmer commands her once more to consume the sandwich with a seriously composed expression.

What do you think of Evan Peters playing the iconic murderer on the show? Post your ideas in the comments section to share with us.