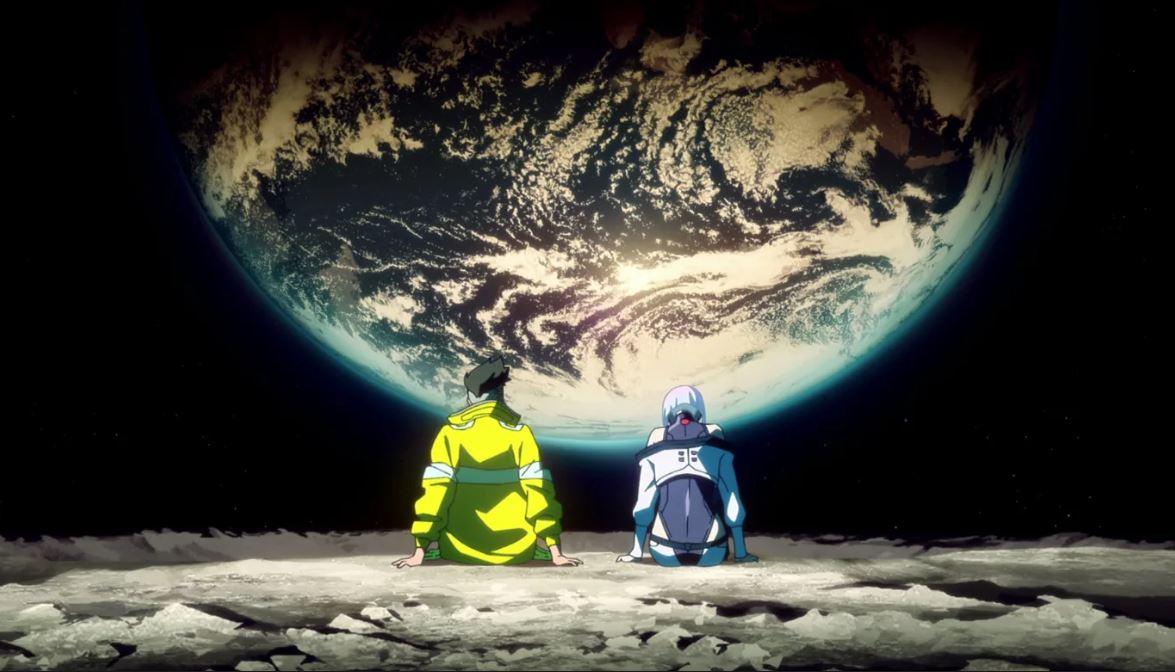 Edgerunners is a cyberpunk novel that has no business being as good as it is. Edgerunners expands on the concepts and ideas found in Night City and fleshes them out into a high-octane, throbbing 10 episode animation. The show takes its cues from Cyberpunk 2077, which served as its primary source of inspiration. Edgerunners is a tonne of fun from beginning to end thanks to its extensive character development, ample bloodshed, and graphic violence.

The first couple of episodes do a good job of setting the stage for the rest of the show by introducing us to a homeless youngster named David. His mother Gloria has been working excessive hours, which ultimately leads to her untimely death in a vehicle accident. David, who is struggling with loss and has been victimised by bullies, makes the decision to have implants so that he can improve his appearance. However, those implants were taken from a schizophrenic man named James Norris, and there is danger that David might take on some of James’s psychotic characteristics as a result of having them.

But before any of this takes place, David is introduced to Lucy and the rest of her crew. They want David to have the implant placed inside of him, but David is willing to make a deal with them and has decided to work one gig at a time to pay them back. The television show shifts into a more episodic framework as the monster Maine watches over the gang and David learns the ropes, is trained by Lucy, and gets to know the rest of the group group while knocking out targets along the way. After that, everything is pulled together in a cohesive manner during the last mission, which is spread out across a couple of explosive, high-action episodes to bring the story to a satisfying conclusion.

The visual presentation of Edgerunners is really stunning, drawing heavily on the inspirations provided by the video game while also including settings from 2077 into the anime. In contrast to the game, which at times gave off an impression of being empty and hollow, everything in this setting feels as though it has been painstakingly created from the ground up. Here, Night City is a vibrant, breathing, cyberpunk metropolis. The streets have a recognisable touch of neon to them as well, and they are occupied by a diverse cast of characters. The dark underbelly of this area is depicted in all of its brutal, sexual, and violent grandeur.

Although we do get more information about players such as Becca, Falco, and Maine, among others, most of this still feels like it takes a backseat to David and Lucy, who take up the majority of the show’s running time. Thankfully, David’s path is emotionally charged and easy to get behind, which makes it a thrilling ride despite the fact that there is not enough depth for the other characters.

The soundtrack, on the other hand, is going to be something that takes some getting used to because it features a heady blend of pop and science fiction soundscapes combined together. Although it works very well within the setting of the show, the last tune in episode 10 has an odd vibe to it, especially considering the lyrics.

In spite of everything, though, the anime adaptation of Cyberpunk, entitled Edgerunners, is well-written and a lot of fun to watch. The remarkable success that Netflix has had with its animated adaptations of videogames is continued with this series, which is a home run for the streaming service.

On June 25, 2020, during a livestream for the game titled “Night City Wire,” the series was revealed to the audience. It is produced by Studio Trigger and directed by Hiroyuki Imaishi, with Masahiko Otsuka and Yoshiki Usa writing the scripts, Yoh Yoshinari designing the characters and serving as animation director, Yuto Kaneko and Yusuke Yoshigaki serving as assistant character designers, Hiroyuki Kaneko serving as assistant director, Hiromi Wakabayashi serving as creative director, and Akira Yamaoka composing the music. In addition, the music On September 13, 2022, it was first made available on Netflix. The song “This Fire” by Franz Ferdinand serves as the show’s opening theme, and “Let You Down” by Dawid Podsiado serves as the show’s closing theme.