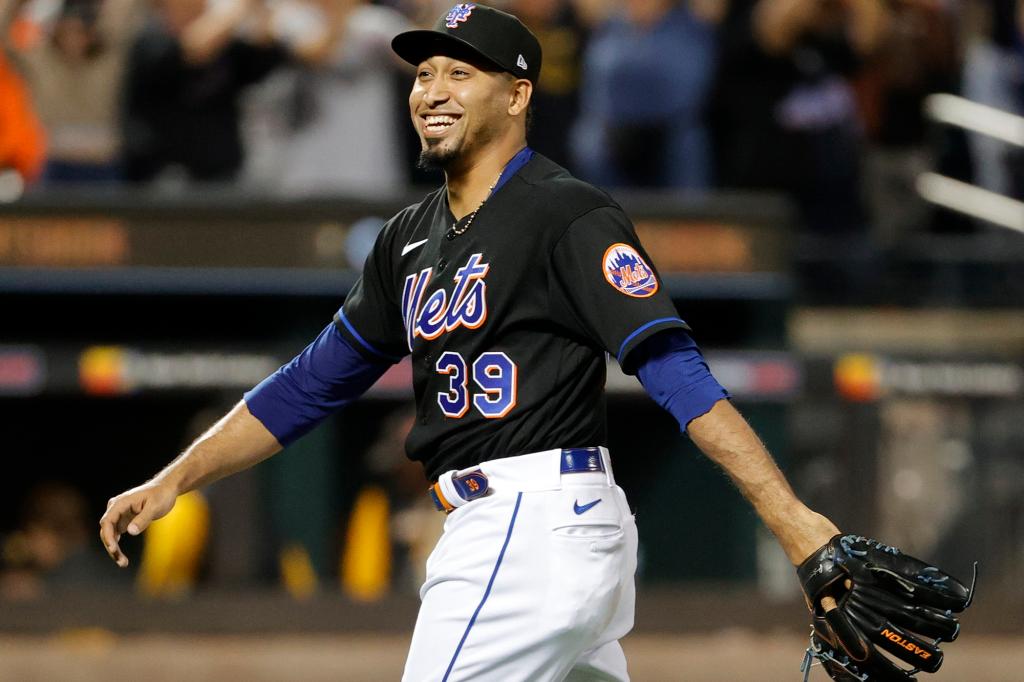 Edwin Diaz’s record contract is worth the risk for Mets

LAS VEGAS — Here is where you start with the closer: Edwin Diaz almost certainly just had the best season he is ever going to have.

The Yankees or whichever team reaches agreement with Aaron Judge is going to have to make peace with that notion regarding the right fielder, as well. It’s not just the production on the field in 2022, but the love-fest generated with the home crowd by both. Diaz’s and Judge’s 2022 performances feel like one-of-a-kind seasons. It will likely never be the same again for either, on or off the field. Hell, Judge got booed during the playoffs.

So do you still want Diaz or Judge based on clear-eyed projections that accept the aging curve and what it means to have guaranteed riches well into the future?

The Mets have answered affirmatively. They are in agreement with Diaz on a five-year, $102 million pact that will make him — by far — the owner of both the largest total contract ever bestowed upon a reliever and also the largest annual average value. Finalization of the deal was pending a physical.

My sense when talking to Mets officials late in the season was that they would enter into a reunion understanding that the way Diaz performed in 2022 was arguably the best relief season in club history. Topping that at any point from 2023-27, the life of the contract, is not something general manager Billy Eppler would want to wager upon this week at the GM meetings — though it should be noted that Diaz had a season in the same vicinity for Seattle in 2018, which attracted the Mets to trade for him.

Still, even if Diaz cannot duplicate his 2022 numbers, the Mets saw him as worth making a record wager upon. Of course, it helped that Steve Cohen personally likes this player and the Mets’ owner has shown that what he likes he can afford to buy. And Sugar was likable.

Diaz got off the canvas in New York, showing the mental toughness to graduate from relief pariah to bullpen messiah in a market particularly difficult for second acts. He was loved by his teammates. He was appreciated by manager Buck Showalter for his ability to take the ball regularly while avoiding drama by taking even low-in-the-order hitters seriously. He bonded well with pitching coach Jeremy Hefner, who seems to know the cues to keep Diaz’s delivery from going askew.

And there were the trumpets and the party environment that Diaz brought by simply entering a game. He was electric to the fans and a security blanket to this team.

The Mets also had to face this reality: The only reliever who worked regularly for them in 2022 and was under control for 2023 was Drew Smith. So by getting on the board early with Diaz, the Mets know now who will be getting the final three outs as they try to assemble who will get the ball to him.

Keep in mind that Diaz is actually six months younger than Smith. He is receiving his deal after his age-28 season, just as Aroldis Chapman did from the Yankees following his 2016 campaign. That five-year, $86 million pact was the relief standard until now. That Chapman and Craig Kimbrel fell in performance on long-term deals as they approached their mid-30s is a worry; this contract, if Diaz does not use his option after the third season, will carry him through his age-33 season.

But all long-term contracts are full of risk, even more so for relievers since performance so often vacillates and the full-bore nature of the job makes staying healthy trickier. But in reality, off the season Diaz had (a 1.31 ERA and striking out 50.2 percent of batters faced) he was going to top Chapman’s total and the $18 million relief average record of Liam Hendriks. Were the Mets going to wait around to see if they could get him for, say $19 million per rather than the $20.4 million, when the difference over five years to Cohen is probably like a nickel or dime to you or me? Especially when the owner is obsessed with winning. Now.

It is risky. But what was the cost (in dollars and potentially losses) of not bringing Diaz back to a bullpen already in full renovation? The Mets were willing to invest $102 million because they thought the price of the alternative was going to be way higher.