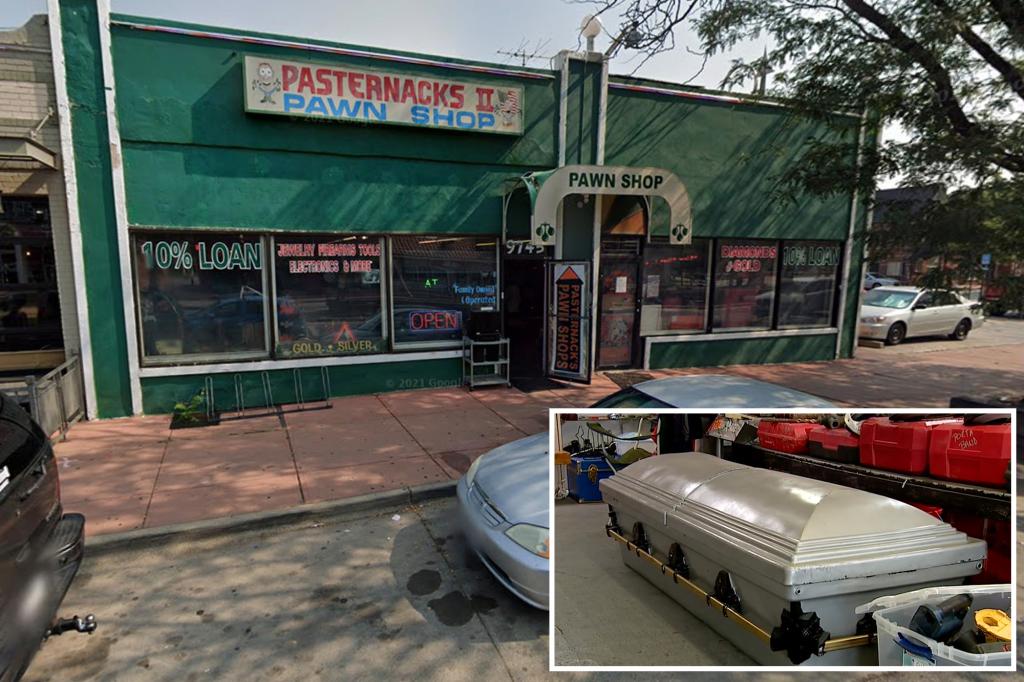 Eerie pawn-shop item for those buried in debt

This economy’s a killer.

With inflation burying Americans under mounds of debt, a cash-strapped customer hocked a used coffin at a Colorado pawn shop.

The owner of Pasternack’s Pawn Shop in Aurora said it was exchanged in within the past year for a cash loan, KDVR-TV reported Sunday.

The coffin, now on sale for $499, is one of many items people have been pawning off because of the skyrocketing inflation, owner Scott Pasternack told the news station.

“Our loans have gone through the roof with the economy being much lower and people needing more money,” Pasternack said.

One patron, who declined to give his name, said he’s been forced to hock his belongings at a faster rate.

“As times have gotten tougher, inflation rates have caused me to come in once a month now selling things,” the Aurora resident told KDVR.

But the apparently higher inventory is also helping other customers, including a woman who snatched up a used vacuum cleaner.

“You can’t afford anything ’cause gas prices are so damn high it raises the prices of everything. Food, insurance, everything,” Roxi Kessler told the station.

“The price is just skyrocketing. You can’t afford to buy anything new.”

White-collar workers are also seemingly facing the price crunch, with more of them also coming into the store, the pawn shop said.

Inflation is a leading issue for voters ahead of Election Day on Tuesday, polling has indicated.