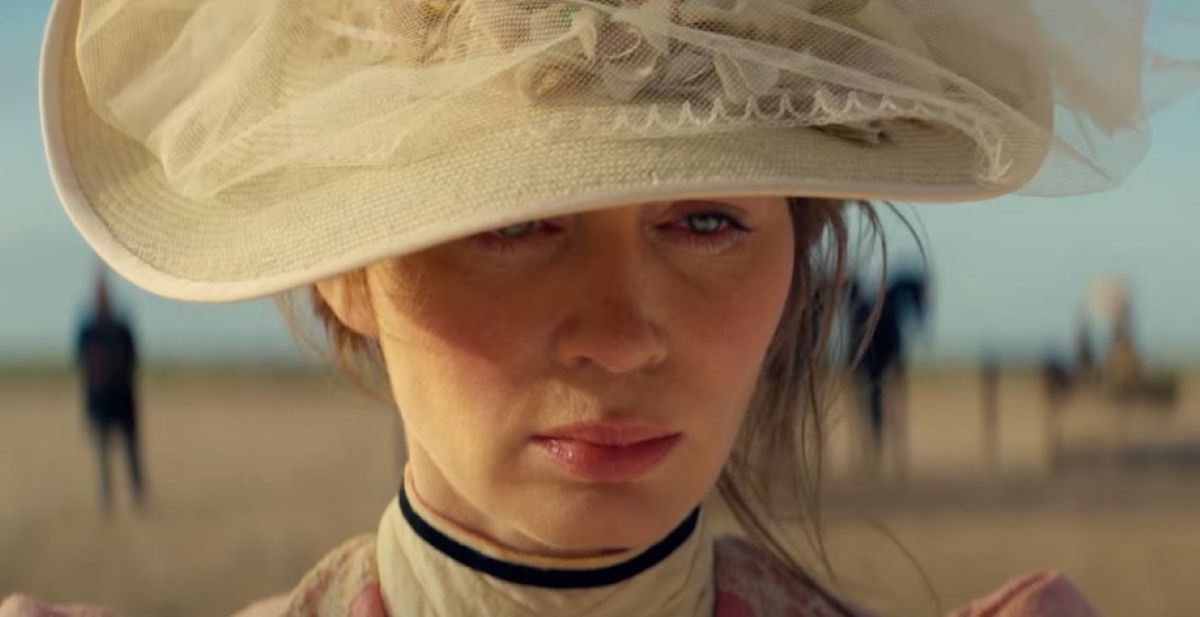 Emily Blunt is out for revenge in the latest trailer for The English. The series, headed to Prime Video, will take place in 1890s middle America, following her character Cornelia Locke as she seeks the man responsible for her son’s death. The six-episode show stars Blunt (A Quiet Place, The Devil Wears Prada) alongside Chaske Spencer (The Twilight Saga, Blindspot) and Ciarán Hinds (Game of Thrones, Tinker Tailor Soldier Spy)​​​​​​.

The English is helmed and written by Hugo Blick, with previous work including Black Earth Rising, The Honorable Woman, and The Shadow Line. He also serves as an executive producer on the series alongside Blunt. “The English is an epic chase Western, from award-winning writer and director Hugo Blick. The series takes the core themes of identity and revenge to tell a uniquely compelling parable on race, power, and love,” reads the official release from Amazon Studios. The brand-new, action-packed trailer can be found below.

In the trailer, we see the alliance forged between Lady Cornelia Locke, and Eli Whipp, as they attempt to cross the perilous landscape of the old west, where every turn presents a new danger. The English should feature plenty of action, with a classic revenge story guiding the characters through their journey. The English premieres on Prime Video later this year, on Nov. 11

The English Could Be a Big Hit for Prime Video

Emily Blunt’s name alone is enough to bring fans flocking to the old west tale of The English. However, westerns have been increasing in popularity over the past few years, with every streaming service wanting in on the action. Yellowstone presented a modern take on the genre, while its spinoff, 1883, was a classic look at the life of cowboys. Walker, The Son, and Longmire are just a few projects with a similar style.

Related: Sicario 3: Why Emily Blunt Should Return for the Final Movie

The official synopsis for the series presents a more detailed description of what’s to come, which should include plenty of shootouts and horseback-riding action. The synopsis reads:

“An aristocratic Englishwoman, Lady Cornelia Locke (Emily Blunt), and a Pawnee ex-cavalry scout, Eli Whipp (Chaske Spencer), come together in 1890 middle America to cross a violent landscape built on dreams and blood. Both of them have a clear sense of their destiny, but neither is aware that it is rooted in a shared past. They must face increasingly terrifying obstacles that will test them to their limits, physically and psychologically. But as each obstacle is overcome, it draws them closer to their ultimate destination—the new town of Hoxem, Wyoming. It is here, after an investigation by the local sheriff Robert Marshall (Stephen Rea) and young widow Martha Myers (Valerie Pachner) into a series of bizarre and macabre unsolved murders, that the full extent of their intertwined history will be truly understood, and they will come face-to-face with the future they must live.”

The English is a co-production with Amazon Studios and BBC, in association with All3Media International. Drama Republic Ltd and Eight Rooks Ltd produce. Look to Prime Video on Nov. 11 for the upcoming release of The English.