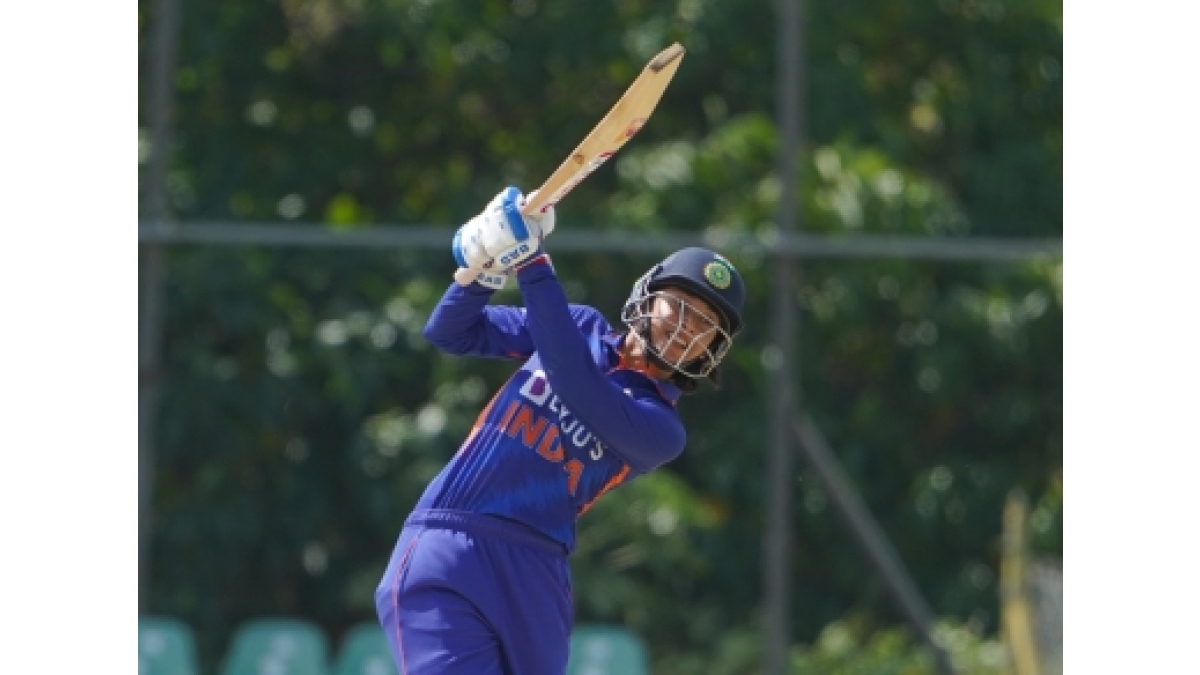 Electing to field the Indian bowlers capitalized on the conditions to restrict England to a modest 227/7 in their allotted 50 overs at the County Ground, here.

The batters then made hay as opener Mandhana top-scored with 91, Harmanpreet remained unbeaten on 74 while Yastika Bhatia struck a 47-ball 50 as India Women reached 232/3 in 44.2 overs to take a 1-0 lead in the three-match series.

Mandhana set up the platform for the victory with a superb knock despite losing her partner Shafali Verma (1) early. The score was three runs when Shafali failed to control an uppish flick and was caught by Charlie Dean at mid-wicket off Kate Cross.

Mandhana found a good partner in Yastika as both of them raised 96 runs for the second wicket. Yastika was the next to go as she was bowled by Dean as she came down to hoist the off-spinner but was bowled through the gate as she missed the ball totally. Yastika scored 50 off 47 balls, hitting eight fours and a six.

Mandhana continued to build the innings in the company of skipper Harmanpreet as she missed the three-figure mark by nine runs. Mandhana and Harmanpreet propelled India towards victory as they raised 99-runs for the third wicket as they troubled the England bowlers no end. Mandhana was out with the score at 198 in the 37th over as she was caught by Davidson Richards off Cross.

Harmanpreet remained unbeaten on 74 as she guided India past the target in the company of Harleen Deol (6 not out off 20 balls).

It was the Indian bowlers that set up the match for India as they restricted England Women to a modest total.

Meghana Singh and Jhulan Goswami started the carnage for India as they reduced the hosts to 21/2 in the ninth over, sending back Emma Lamb (12) and Tammy Beaumont (7). England did recover a bit from that but kept losing wickets at regular intervals.

Alice Davidson-Richards top-scored for England with an unbeaten 50 while Danni Wyatt contributed 43. Sophie Ecclestone struck 31 runs lower down the order as England recovered to cross the 200-run mark.

For India, spinner Deepti Sharma was the most successful bowler with 2-33 off her 10 overs as six off the seven Indian bowlers in action claimed at least a wicket each.