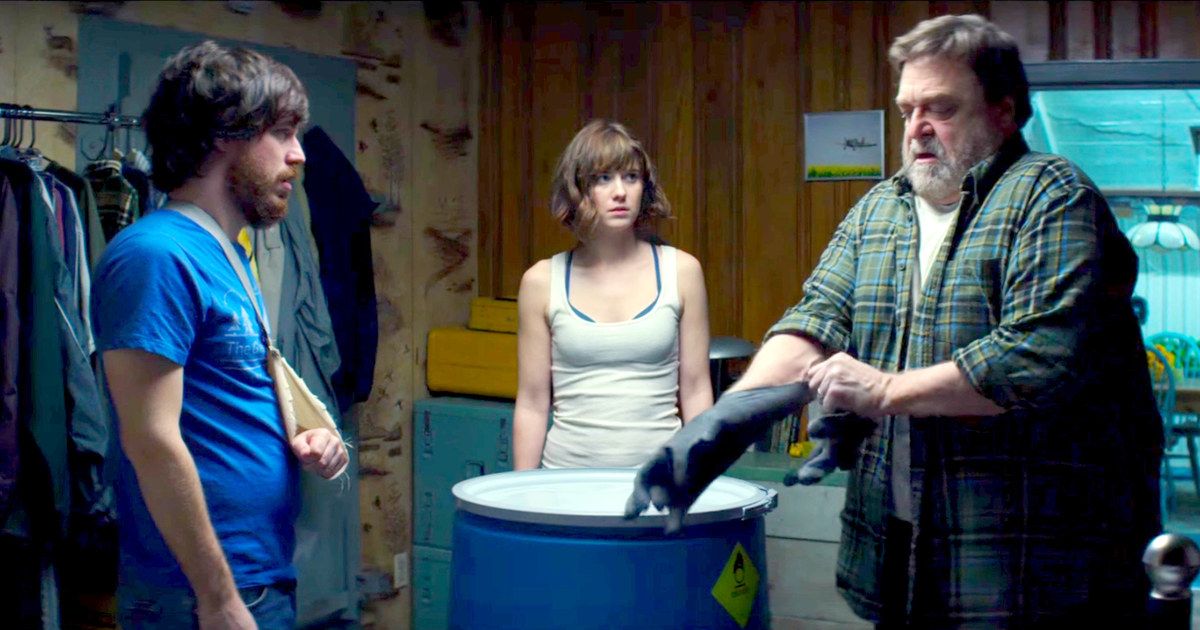 Every Movie in the Franchise, Ranked

In January 2008, a film told in the format of found footage hit theaters, not knowing the future franchise that would spawn from its success. The film, Cloverfield, grossed $40 million during the opening weekend. Eight years later, in 2016, 10 Cloverfield Lane released, and while it did not earn as much as the first, it still was a box office success. The Cloverfield franchise has amassed almost $280 million worldwide, despite the third film releasing exclusively on Netflix. With news of Cloverfield 4 in the works at Paramount, per Deadline, now’s as great a time as any to look back at the franchise.

The Cloverfield franchise was produced by the talented J.J. Abrams, and while each film has had new directors, Abrams remained attached in some capacity. He has continued on through all three films, helping add his signature sci-fi touch to the alien invasion film. Each film can be categorized as a thriller meets action meets sci-fi, despite the many thematic differences between the three films.

Typically, when you think of horror franchise films, you think of films that take place in close relation to one another. This is not exactly the case with the Cloverfield franchise. At their core, the films all include some sort of alien invasion and fight for survival, but when you dissect each individual film, they are not in sequential order. The first and second films take place during the same time, with the second film ranging a longer time period than the one-day affair of the first. The third film takes place in the near future and deals with different dimensions. These differences help make each film stand out on its own while also working well within a larger universe. Not much has been shared about Cloverfield 4 as yet, but fans can agree that it will be a great installment to the franchise. Here’s a breakdown of the films in the Cloverfield franchise, ranked.

The Cloverfield Paradox is the only film in the franchise that was released directly to streaming as opposed to getting a theatrical release. The film was previewed during Super Bowl LII and then dropped on Netflix immediately following the game. The third film in the franchise is perhaps the most different plot-wise, despite 10 Cloverfield Lane being noted for its differences from the original. In The Cloverfield Paradox, a group of scientists is sent to space to try and test a device that would hopefully help to solve the energy crisis pushing Earth to the brink of war. The Shepard Particle Accelerator is expected to generate enough energy for all countries, effectively ending the energy problem. They test the particle, and as is always the case, nothing goes to plan. Instead of solving the energy problem, they find a woman from another dimension aboard their spaceship. This then poses the question of which dimension has the crew found themselves in.

Besides sharing the same name as Cloverfield, not much in this film connects it to its predecessors. The first two take place at the same time, but in different locations, while the third film is in the near future. It also dives deeper into science, whereas the first two are more mysterious and about alien creatures. The Cloverfield Paradox is also frequently rated the lowest film in the franchise, with viewers critiquing the lack of plot and reducing the film to “action, but in space.”

As the original film in the franchise, it’s hard to not compare any subsequent films to the original. Cloverfield sets itself apart from the other two films mostly thanks to the format in which the film was made. The original is the only film to be filmed using found footage. This technique allowed one of the cast to essentially hold a camcorder to film the group’s fight for survival as they find their New York home invaded by alien monsters. Most of the cast are already together for a surprise farewell party for one of their friend, Rob, played by Michael Stahl-David, who is moving to Japan. An argument breaks out between Rob and Beth, played by Odette Annable, causing Beth to leave the party early. Moments later, a massive explosion is heard and, basically, all hell breaks loose in New York. Rob convinces a few of his friends to trek across New York to save Beth.

T.J. Miller plays Hud, the man who “films” most of the events in Cloverfield. He and a group of five others, including Rob, find themselves fighting for survival while they run deeper into the city to save Rob’s love, Beth. By having Hud film the entire film, even before the attack began, viewers can find themselves immersed in the alien invasion alongside the rest of the cast.

When 10 Cloverfield Lane was released eight years after the first film, it was explicitly stated that the film would not act as a sequel to the original, but rather it would be a stand-alone film with a few ties to the original. Without giving away any spoilers, these ties appear towards the end of the film and involve the same creatures that Rob and his friends encountered during the first Cloverfield movie. To also further separate this film from the original, the plot of survival comes in the form of evading capture by a human, instead of surviving an alien race.

In 10 Cloverfield Lane, Michelle, played by Mary Elizabeth Winstead, finds herself being held in an underground bunker by a man named Howard (John Goodman), who is insisting that it is unsafe to leave the bunker. Emmett (John Gallagher Jr.) is also being held there, though he forced his way in, whereas Howard supposedly rescued Michelle from a car crash. The trio finds themselves in a weird living situation, passing their time with meals and games until Michelle starts to wonder if it is safer in the bunker with the weird Howard, or if it is safer outside the bunker with the supposed aliens.