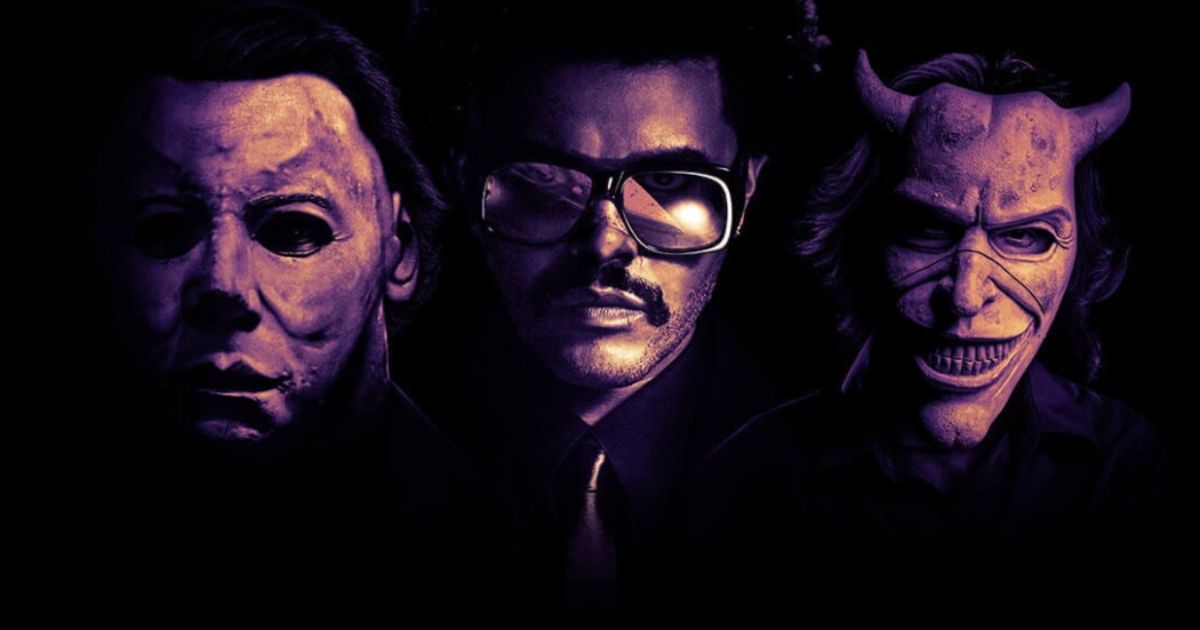 Every Movie That Inspired a Maze

Halloween marks chillier nights, gloomier days, and a time when many are looking for a good scare. Many of us turn to movies and TV for quick access to the horror genre’s best. Well, Universal Studios has it down to a science during this time of the year. From mid-September to Halloween, Universal Studios hosts a nighttime event called Halloween Horror Nights, where some of entertainment’s creepiest characters and spirits come up from their graves, right out of our screens, to bring every one of your nightmares to life.

Horror movies have proven to be the best inspiration for the scariest attractions Horror Nights offers. From startling mazes highlighting a movie to spotlighting some of horror’s iconic monsters, Universal’s Horror Nights is sure to be the highlight of anyone’s spooky season! From Killer Klowns From Outer Space and Halloween to Jordan Peele’s Nope and Us, per Gizmodo, they are pulling out all the stops this year. If you are looking for a sign to make your way to this event, here are all the movies that inspired mazes at Halloween Horror Nights 2022.

As we are all aware, Jordan Peele has easily become one of the most exciting, new, and revolutionary filmmakers in the horror/thriller genre. With his ability to combine social commentary with startling images and disturbing plot lines, it would be a disservice to not include his films at Halloween Horror Nights. The 2018 film Us follows a family’s annual vacation when all hell breaks loose when their mirror selves show up. The movie will be featured at the parks this year and if the image of the tethers and their menacing eyes gets your heart racing, you are in for a treat at Universal Studios.

Jordan Peele movie representation at Universal does not stop with Us. His most recent 2022 release Nope will also have an attraction at Halloween Horror Nights. The movie, a concoction of sci-fi, horror, gore, and thriller, is definitely one of the movies to watch this year. The set of Jupiter’s Claim is still up and running at Universal Studios Hollywood, and we are all gearing up to see how this theme park turned crime scene will be utilized to give us the fright of our lives.

The horror genre of films is never complete without a slasher movie, and this year, Halloween is the chosen one. This year, Universal’s Horror Nights will have you running in terror from Michael Myers. There have been many attempts at remaking this classic and even some sequels. However, nothing really compares to the first time Michael Myers graced our screens in 1978. Nothing gets our hearts racing like a killer on the loose and with the incredible saga of Halloween movies, we are more than ready to face off against Michael ourselves at the parks this year.

If you have watched any mainstream horror movie in recent years, you have probably recognized the name Blumhouse. Blumhouse is a production company that has the horror genre in lockdown, and they will have their very own attraction at Halloween Horror Nights called The Horrors of Blumhouse. Highlighted in this will be the 2020 comedic slasher film Freaky. Freaky is the perfect film if you are a fan of some ridiculous gore and hilariously outlandish plots to have you jolting in fear and laughing out loud. This movie follows a young girl who finds out that she has switched bodies with a serial killer: a recipe for disaster.

The 2022 horror film The Black Phone from Blumhouse will also be featured at the Blumhouse attraction. This movie has been highly praised since its release and let’s just say, it is nightmare fuel on steroids. The film follows a young boy who is trapped in a soundproof room by a murderous and masked serial killer. The Black Phone is full of twists and turns as well as incredibly haunting performances from Ethan Hawke and Mason Thames.

Universal Studios loves to embrace the classic monster flick. For Halloween Horror Nights this year, we are going to be able to experience an epic crossover between The Wolf Man, Dracula, AND The Mummy! The portrayals of all three of these movie monsters in the industry has been vast, and we are all equally familiar and terrified of all of them. The Wolfman first came out in 1941, Dracula in 1931, and The Mummy in 1932. If you want to relive the horror of these classics, this is your year to come face to face with all three.

The presence of the killer clown during the Halloween season has become a terrifying reality for many. Regular clowns are a little creepy. Killer clowns? Terrifying. Killer clowns from outer space? Time to see for yourself. Killer Klowns From Outer Space is a sci-fi horror movie from 1988 and the title kind of says it all. A town is attacked by some killer clowns that are horrifying. At Halloween Horror Nights this year, this movie will have its own maze for guests to enter the world of these murder-hungry clowns.

The Curse of La Llorona

The Conjuring Universe’s The Curse of La Llorona came out in 2019 and is based on the Hispanic-American myth about a grieving mother looking to enact her vengeance against children after she herself had drowned her own. This incredibly terrifying story will come to life at Halloween Horror Nights at a walk-through maze called La Llorona: The Weeping Woman. Universal Studios is and continues to be one of the best places to experience horror in real life at an incredibly high level of production and this year’s attractions show just that.