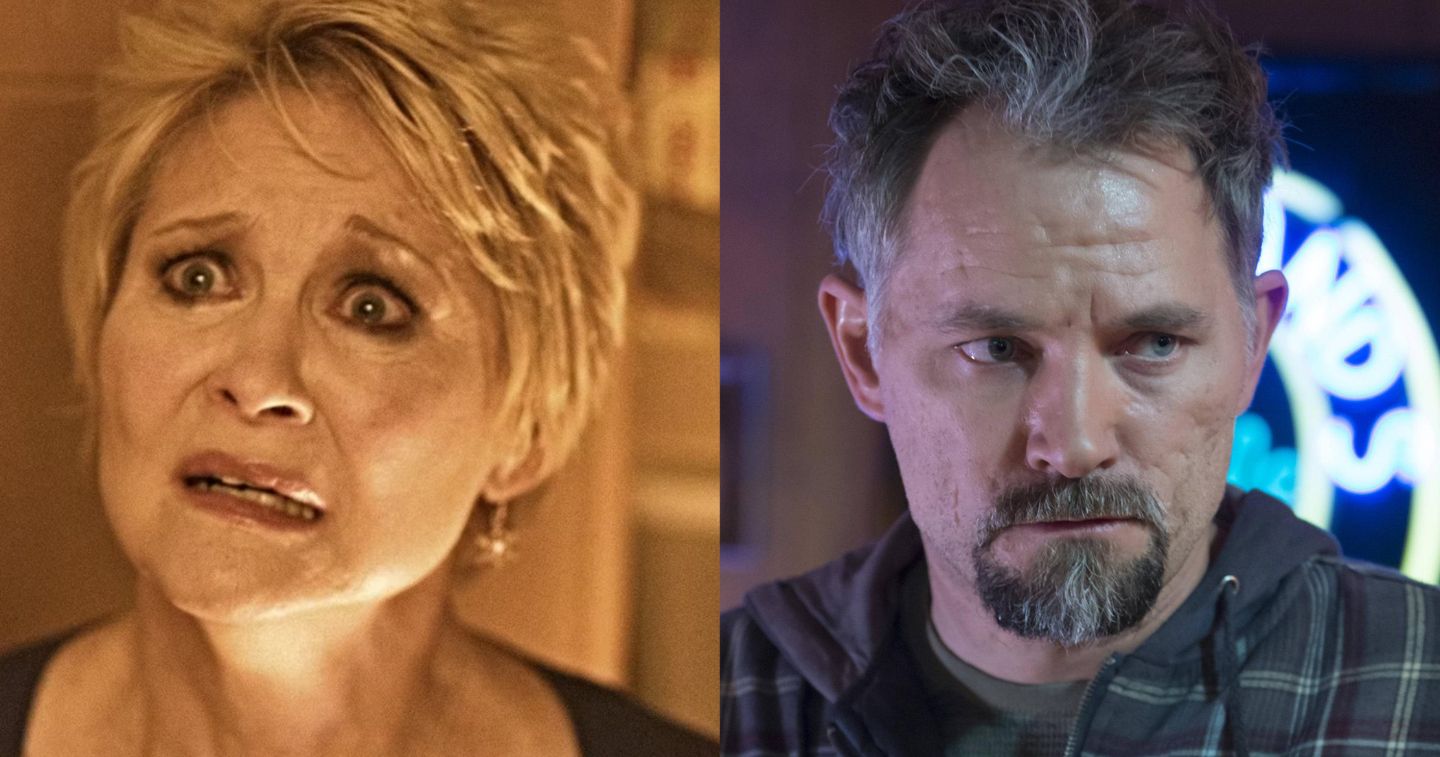 Two more names have been added to the cast of Fatal Attraction, a Paramount+ series based on the original feature film. Per Deadline, Dee Wallace (13 Fanboy) and David Meunier (Justified) have boarded the cast of the series. They mark the latest two names to join the show, coming into a cast that stars Lizzy Caplan, Joshua Jackson, Amanda Peet, Wanda De Jesus, Walter Perez, Toby Huss, Reno Wilson, and Brian Goodman.

Some character details have also been revealed. Wallace is playing Emma Rauch, a character described as “open, friendly, chic, and interested but also sensitive to boundaries. She is a retired career woman, enthusiastic and helpful volunteer, mother of adult children, and a student of life— someone anyone but Alex (Caplan) would be thrilled to have as their neighbor.”

Meanwhile, Meunier’s character, Richard Macksey, is a psychology professor at the university and “Ellen’s (Alyssa Jirrels) thesis advisor, mentor, and friend, whose personal interest in the work and life of Carl Jung ignites Ellen’s own interest.”

Wallace, who notably starred in Steven Spielberg’s E.T., is especially popular with horror fans for her roles in genre favorites like The Hills Have Eyes, The Howling, Cujo, and Critters. More recently, she appeared in Deborah Voorhees’ meta-horror film 13 Fanboy and had a voice cameo in Rob Zombie’s The Munsters. She also recently appeared in the TV shows 9-1-1 and ME.

Meunier may be best known for his role in Justified, with his other notable small screen roles including Jericho, Damien, and Mom. The actor is known to Arrowverse fans for his role as Ishmael Gregor in Arrow. More recently, he has appeared in shows like Big Sky and The Rookie. Meunier has had roles in feature films such as The Incredible Hulk, The Equalizer, and Girl on the Edge.

The Fatal Attraction series is written by Alexandra Cunningham from a story she co-write with Kevin J. Hynes. Cunningham also serves as showrunner and executive produces alongside Hynes, Darryl Frank, and Justin Falvey for Amblin Television. Silver Tree will executive produce and direct while Paramount Television Studios will produce.

“There’s a very timeless appeal to the themes of fidelity and infidelity, why good people make very dumb, problematic choices, and just marriage and family against those themes of fidelity and infidelity,” Paramount+’s David Nevins told Deadline shortly after the series was announced. “I think the writers have come up with a very smart way to make it very contemporary while also honoring the original. How it’s done for today and how it’s turned into a series is interesting, and it’s interesting for Lizzy’s part in particular.”

Paramount+ President of Original Scripted Series Nicole Clemens added, “Alexandra brings an incredibly strong and nuanced point of view to a story that became a cultural phenomenon but has thus far only been told from the male gaze. Partnered with Kevin, they will bring the next explosive chapter of this story to a new generation with a balanced eye to the complexities of the human psyche.”

A premiere date hasn’t yet been set for Fatal Attraction.