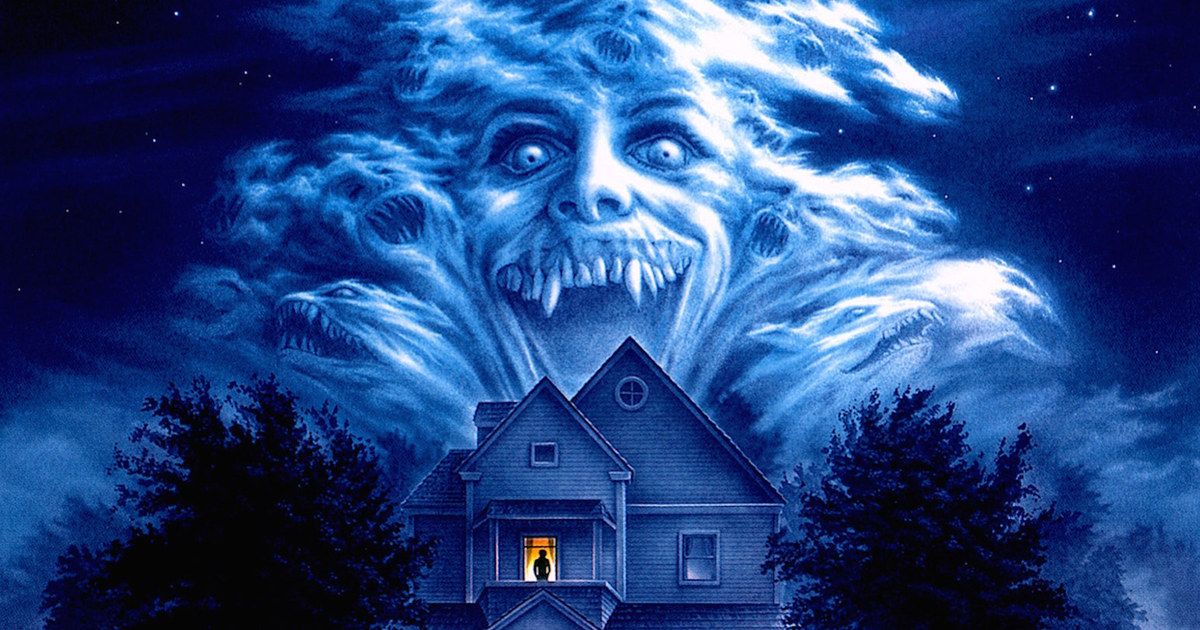 When last we heard, writer/director Tom Holland (not to be confused with the Spider-Man actor of the same name or actor Tom Hollander) was working on a sequel to his 1985 vampire cult classic Fright Night. While that Halloween-style legacy sequel has yet to materialize, Holland has released a novelization of his feature film debut entitled Fright Night: Origins.

The synopsis on the back cover teases the fact that even fans of the original movie don’t know the whole story:

“High school isn’t going well for teenage horror fan Charley Brewster, still dealing with the loss of his father, he finds himself in his first serious relationship with the vibrant and beautiful Amy Peterson. If new love wasn’t complicated enough, Charley is also failing Trigonometry. Late one night while cramming for a test Charley spies something suspicious in the yard next door, two men carrying what appears to be a coffin. What’s going on in the old Victorian House and who are Charley’s new neighbors?”

It certainly seems like Fright Night: Origins is something that franchise enthusiasts will be able to sink their teeth into. The novelization, which Holland co-wrote alongside A. Jack Ulrich, is planned to be the first installment of a brand new trilogy. So not only are fans about to get a lot more Fright Night coming their way, but they will also be getting new details concerning the original story as well.

“A couple years ago I sat down to write a novel of my original story Fright Night, but as I came close to finishing, I realized I had so much more to tell. There were elements I was not able to convey in the original film because of time constraints, and I was compelled to take us back to the origins of Fright Night and beyond.”

The original film starred William Ragsdale as Charley and Chris Sarandon as Jerry Dandridge, the vampire that moved next door to him. Roddy McDowall played Peter Vincent, an actor turned late-night movie host that Charley turns to for help. Other cast members in the original film include Stephen Geoffreys as Evil Ed, Jonathan Stark as Billy Cole, and Amanda Bears as Amy.

“I’ve written something I truly hope the fans of Fright Night will love and intend to take the Fright Night universe far beyond the story the films have told. This story and the characters are deeply personal to me, and I hope the fans have as much fun reading it as I did writing it. Fright Night forever!”

The eBook and Paperback version of Fright Night: Origins are available now to read. The Hardcore version will be released on October 14, 2022. Presumably, Fright Night 2: Resurrection, the previously mentioned legacy sequel, will serve as the follow-up to this book, but no word as of yet on what the third installment will be titled or about.

“Tom and I had been friends for about twelve years when I pitched him the idea for a graphic novel called Fright Night Dystopia, which centered on Charley Brewster’s life after the events of the first film. While that story remains untold, it began a series of exchanges that ultimately saw me contributing to a new Fright Night. Growing up as a fan of Fright Night, I never conceived that I would lend my voice to its continued legacy. These things just don’t happen,” said Ulrich.