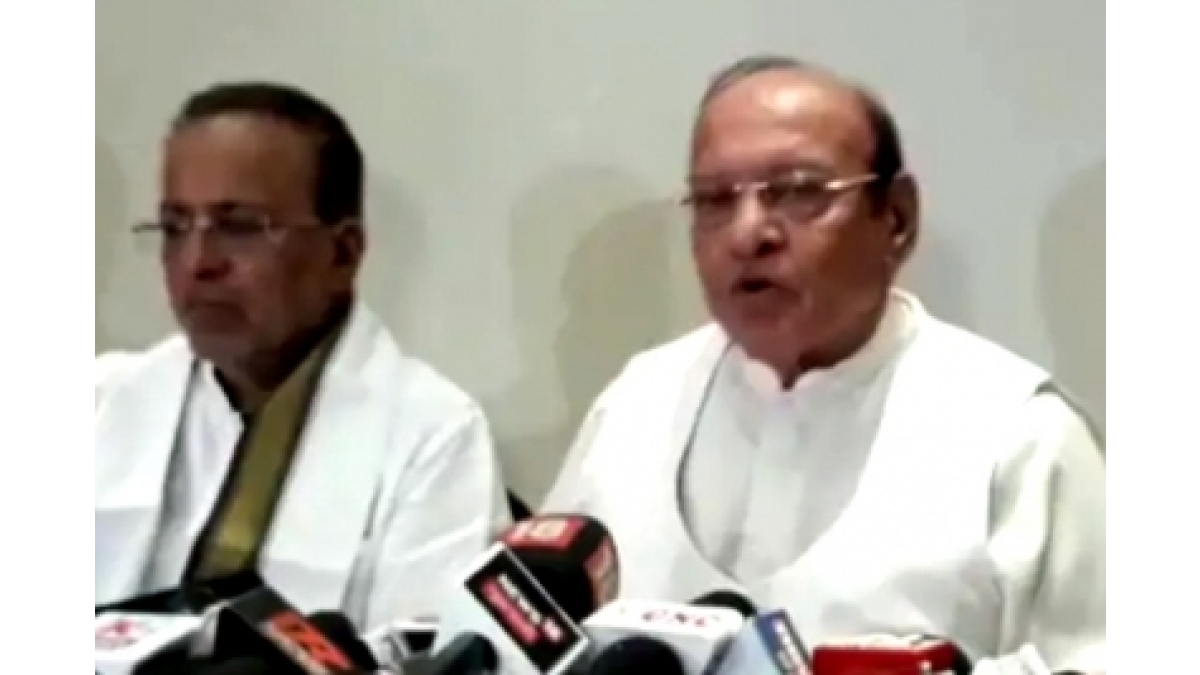 Modhwadia and veteran leader Vaghela had called a press conference to talk about their plans to attend court proceedings on Thursday in Vipul Chaudhary’s corruption case in Mehsana court.

Replying to reporters’ question whether Vaghela is rejoining Congress or not, Modhwadia said, “Soon your excitement will come to an end, party state leaders would welcome Vaghela in Congress, but the final decision will be taken by the high command.”

Vaghela said it is all about destiny, what had happened in 2017 too was because of destiny, and it will not be repeated. In 2017, he along with other MLAs had voted against Congress Rajya Sabha MPA candidate late Ahmed Patel. Later, he left the party.

Modhwadia and Vaghela have been called by the Mehsana district court as witnesses in Dudhsagar dairy former chairman Vipul Chaudhary’s corruption case. Both will have to appear before the court on Thursday.

On the same day, Chaudhary supporters have called a public rally, which will be addressed to Vaghela and Modhwadia. Both the leaders said law had the right to take its own course, but when the law takes the side of one political party, that is misuse of power. There is all possibility that the investigation will be biased and with prejudice. That is why both leaders have decided to fight against such practice following Gandhian principles.

The leaders have said that their role is limited, both had just recommended Vipul Chaudhary’s name as Chairman of National Dairy Development Board (NDDB).