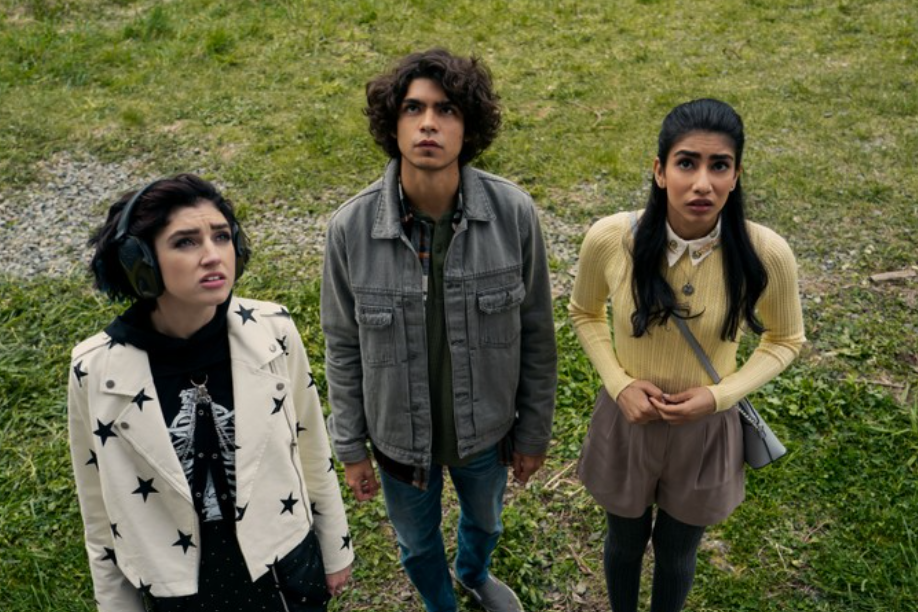 Has The Imperfects been renewed for Season 2? Here’s what we know:

The Imperfects is a strange Netflix teen fantasy drama that is surprisingly easy to watch all at once. After you’ve seen all 10 episodes, you might be wondering if the show will continue or if it’s been canceled. What we know is:

What is the story of The Imperfects?

The story of The Imperfects is about three people in their twenties who take part in an experimental gene therapy. After that, they turn into monsters, so the three of them work together to find the scientist who did it and make him turn them back into people.

Alex Sarkov, who used to be a child genius, is determined to reach his goal of rewriting the human genome and bringing about the next step in human evolution.

Is there going to be a second season of The Imperfects?

The Imperfects has not been picked up for a second season as of this writing. Because of what the show is about, that could easily change if it does well for Netflix.

Before renewing a show, Netflix usually looks at a number of factors, such as how many people watch it at first and how many stop. Some shows, like Squid Game, Bridgerton, and Irregulars, get cancelled or renewed quickly. Other times, it can take Netflix months to decide what to do with a show.

So far, critics have had mixed feelings about The Imperfects, but audiences have been much more positive. The show is currently doing a great job of making it into the top 10 on Netflix in many places around the world.

Taking everything into account, we think there will be a second season of The Imperfects. This is the perfect kind of show to watch all at once, and Netflix’s teen-focused fantasy/horror dramas tend to draw big audiences.

When we find out more in the coming weeks and months, we’ll be sure to add correct information to this section.

What we know so far about season 2:

In the end, only Tilda was able to control her powers. In the last scene of the season, Burke’s reflection on the laptop shows a picture of Finch smiling about how her plans are coming along. With no doubt, this little tease sets up a much bigger fight to come.

As we said above, we think this will be renewed, but if anything changes in the future, we’ll make sure to update this page.

Season 2 of The Imperfects hasn’t been officially announced yet, but the way season 1 ended definitely left the door open for more episodes in the future.

The end of season 1 of The Imperfects didn’t quite go as planned. Our three main characters weren’t able to cure themselves for good, and they found out that there was a much darker answer to their search. For more on this, check out our guide on how The Imperfects ends.

Fans might be hungry for more after this shocking ending, but we’ll have to be patient to find out if the latest Netflix show has been renewed for another season.

Here’s what could happen if season 2 of The Imperfects went ahead.

Date of the second season of The Imperfects

We don’t know if The Imperfects has been renewed yet, so it’s hard to say, but if it has, we won’t see any new episodes until at least 2023.

It all depends on how many people watched the first season and whether or not Netflix thinks it’s worth doing again. However, there are still some questions that haven’t been answered, so a second season hasn’t been ruled out yet.

The first season of The Imperfects came out on Netflix on September 8, so it could take a while for the service to say whether or not the show has been picked up for a second season.

Will the cast of The Imperfects be back for season 2?

After what happened in the first season, all of the main characters are still alive, so it’s likely that we’d see them again if a second season was confirmed. Juan, Abbi, and Tilda, the three main characters, are still looking for answers after they found out that the cure didn’t work long-term.

Dr. Sydney Burke, on the other hand, showed what she was really like, and we found out some dark things about Dr. Alex Sarkov. Fans will want to know more about these characters, too.

Italia Ricci, Morgan Taylor Campbell, Rhianna Jagpal, Iaki Godoy, Rhys Nicholson, Celina Martin, and Kyra Zagorsky are all in the main cast of the show. So far, it looks like they could all come back for another season, but we’ll have to wait and see what happens.

Love superhero shows like “The Umbrella Academy,” in which people get crazy powers they can’t control? How about a YA book like The Order that is about the supernatural? Dennis Heaton, who ran The Order, has made a new show called The Imperfects that you can watch on Netflix.

The show, which was made with Shelley Eriksen, is about three people in their twenties named Abbi, Juan, and Tilda who are turned into legendary monsters by science. The Imperfects is a Netflix show that is called a “coming of age” story. It mixes modern science with mythological stories about banshees, succubi, and chupacabras.

As you might expect, a lot happens in the first ten episodes of the first season. What can fans look forward to next? We can help with that.

Come to Digital Spy, where we’ll tell you everything you need to know about the second season of The Imperfects on Netflix.

Most network TV shows come back within a year, but with Netflix, the time between seasons can sometimes be longer. If The Imperfects is soon picked up for a second season, we can expect new episodes to come out in the second half of 2023.

Whether or not that happens depends a lot on how many subscribers watch the whole thing from beginning to end in the first 30 days after it comes out. With that in mind, season two news should come around the middle of October, if all goes well.

If everything goes as planned, the following cast members should be back for season two of The Imperfects:

Iaki Godoy’s part in season two, on the other hand, could be a problem because Netflix has cast him in a key role in their live-action One Piece movie. If this project turns out to be as big as we think it will be, we might have to change our plans.

What will happen in season 2 of The Imperfects?

Our main characters have been looking for a cure all season, but when one finally comes, Tilda decides to keep her powers and use them as a vigilante.

Later, we find out that the cure Juan and Abbi are enjoying isn’t permanent. They can’t even ask Dr. Burke for help, because the bad doctor has been secretly working against the three of them the whole time.

On top of all that, there’s the monster virus, which has now spread throughout the whole city.

Things don’t look good for the group in a possible second season, but one last reveal suggests that things might change.

Why Resident Evil on Netflix was really taken off the air

It turns out that Dr. Alex Sarkov, who tested on them, was also tested on, though he didn’t know it at the time. And Sarkov’s intelligence comes from the DNA of a scientist named Dr. Hallenbeck, who can be seen in a final video call talking to Dr. Burke.

All of this will obviously have a big effect on season two of The Imperfects, and maybe, just maybe, Sarkov will become a new ally for the three of them. Still, we might not want to count our chupacabras just yet.

When can I watch the second season of The Imperfects?

The second season of The Imperfects doesn’t have a trailer yet, but when it does, you can expect to see new footage here at Digital Spy.

The supernatural sci-fi drama The Imperfects came out on Netflix on September 8. The show is already in the top 10 on Netflix, and people are raving about how great it is. In The Imperfects, Juan, Tilda, and Abbi see the effects of a mad scientist’s experiment after they take part in it. They go after the scientist who is to blame so they can force him to turn them back into people. Season 1 was a huge hit, and people are already looking forward to Season 2.

The brilliant mind behind the Netflix show The Order, Dennis Heaton, and Shelley Eriksen, came up with the sci-fi show The Imperfects. Together, they made a show about three young adults who become monster-human mutants after an evil scientist uses experimental gene therapy to turn them into monster-human hybrids. When a fourth scientist joins them, they decide to work together to find the person who did this and force him to turn them back into people.

So, is there a chance of a second season? Here’s what we know about season 2 of The Imperfects.

Will there be a second season of The Imperfects?

At the time of this writing, Netflix has not picked up a second season of The Imperfects. But there’s nothing to worry about. The show just came out on September 8, so it’s still very early to make a decision.

Netflix doesn’t always immediately renew its original shows, especially its newer ones. Most of the time, it takes about a month for the streamer to decide. This is because Netflix needs time to see how many people watch a show before deciding whether to keep it or not. In fact, a show’s first four weeks are a very important time. To help the show’s chances of being renewed, it’s important that a lot of people watch it all in the first four weeks.