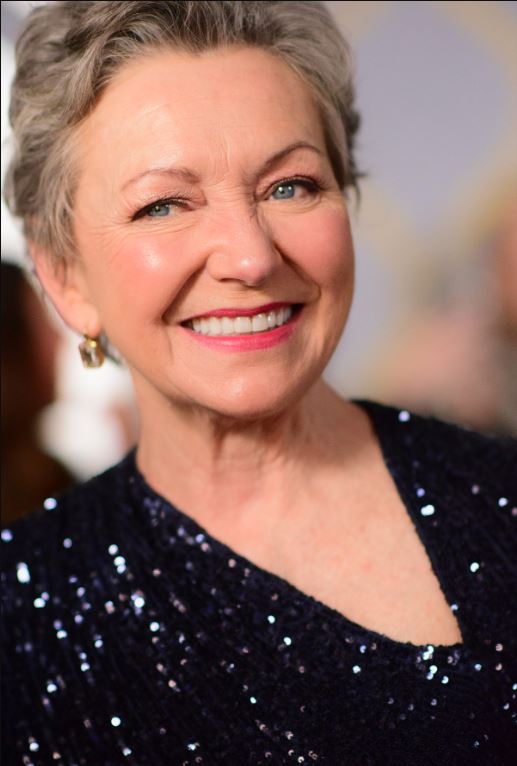 Hawaii, who is Maggie Shaw played by? Everything about Julie White

On Sunday, September 18, 2022, at 10:00 PM Eastern Standard Time, the debut of the second season of NCIS: Hawaii is scheduled to take place. Recent episodes of the NCIS spinoff have been met with positive reception from both fans and critics. The first season of the CBS show, which took place on the stunning island of Hawaii, was artistically and conceptually impressive, and it even managed to pull off a successful crossover. The first season also laid the groundwork for a number of other storylines that could carry over into the second season.

The NCIS: Hawaii cast features a number of talented actors, including Vannessa Lachey, Yasmine Al-Bustami, and Alex Tarrant, among others. Maggie Shaw, the friend and mentor of NCIS Special Agent Jane Tennant, was one of the most intriguing characters that were introduced in the first season of the NCIS spinoff that was based on the original show. Spies was an excellent two-part show, and Shaw played a significant role in both parts.

NCIS: Hawai’i NCIS: Hawai’i @NCISHawaiiCBS In case you missed it, Vanessa Lachey will be bringing some island magic to the mainland for the debut crossover event of NCIS and NCIS: Hawai’i. On Monday, September 19, at 9 p.m. and 8 p.m. central, CBS will broadcast the collision of two different universes. 1020 137

Julie White, an American actress who is a famous star in cinema, television, and theater, plays the role of Maggie Shaw on the television show NCIS: Hawaii. Continue reading to learn additional information about the seasoned actress.

Who exactly is this Julie White?

On June 4, 1961, in the city of San Diego, California, Julie K. White was brought into the world by her parents, Edwin White and Sue Jane Terry. When she was three years old, her parents uprooted their lives and moved to Austin, Texas. When she was 16, she started her acting career in community theater and eventually made it her full-time occupation. While she was playing the lead role in The Baker’s Wife, the playwright of the production urged her to pursue her skill in New York City. She eventually moved there.

Over the course of her career, she has established herself as a successful theatrical actor. Her resume in the theater industry includes roles in productions such as “On the Verge” at the Huntington Theatre Company in Boston, Massachusetts; “Largo desolato” at the Yale Repertory Theatre in New Haven, Connecticut; “Marvin’s Room” at the Seattle Repertory Theatre in January 1992; “Money and Friends” by David Williamson at the UCLA James A. Doolittle Theatre in Hollywood, California; and “Absurd Person Singular” at the Long Wharf Theatre

Her first off-Broadway performance was in the play Lucky Stiff, despite the fact that she had a long history in the theater. In addition to the roles she played on stage, she had recurring parts in a number of films and television shows throughout the course of her career. One of her most well-known parts was in the movie Transformers, in which she played Judy Witwicky, the mother of the main human character, Sam Witwicky (2008). She appeared in both Transformers: Revenge of the Fallen and Transformers: Dark of the Moon, playing the same character both times.

Other films and television shows in which she has appeared include “The Astronaut Farmer,” “The Nanny Diaries,” “Michael Clayton,” “Breaking Upwards,” “Our Idiot Brother,” “Inside Out,” “Language of a Broken Heart,” “Lincoln,” “A Very Murray Christmas,” “The Penguins of Madagascar,” “Law & Order: Criminal Intent,” “Desperate Housewives,” “Rescue Me,” and “How

In recognition of her work in the play The Little Dog Laughed, which she performed in 2007, Julie White was awarded the Tony Award for Best Actress in a Play. She received more nominations for the award in 2013, 2019, and 2022 respectively. As the award-winning actress will be reprising her role as Maggie Shaw on the forthcoming season of NCIS: Hawaii, there is a good chance that we will see a lot more of her.

White began her career in provincial theater and has since acted on the stage frequently. She has performed in a number of regional productions, including On the Verge at the Huntington Theatre Company in Boston, Massachusetts, from 1985 to 1986; Largo desolato at the Yale Repertory Theatre in New Haven, Connecticut, from 1990 to 1991; Marvin’s Room at the Seattle Repertory Theatre in January 1992; Absurd Person Singular at the Long Wharf Theatre in 1993; and Money and Friends by David Williamson at the UCLA James A. Doolittle Theatre in Hollywood, California

In 1988, White made her Off-Broadway debut at Playwrights Horizons with Lucky Stiff. She appeared in the films Just Say No (1988) and Early One Evening At the Rainbow Bar and Grille (1989), both of which were produced off-Broadway by the WPA Theatre. In 1991, she had an appearance in the Manhattan Theatre Club production of Darrah Cloud’s The Stick Wife at Stage II.

She participated in the 1991 Ensemble Studio Theater Marathon production of Over Texas by Michael John LaChiusa.

She shared a stage with Tony Goldwyn and Kevin Bacon in 1992 for the Off-Broadway Second Stage production of Theresa Rebeck’s play Spike Heels. Written by Frank Rich “Julie White creates a far stronger impact. This actress, who is rail-thin yet has broad features and a broad face, is a natural for high comedy from any era thanks to her off-center manner and sharp wit.” Theresa Rebeck’s Bad Dates, a one-woman show created particularly for her, featured White as a participant. On June 2003, Playwrights Horizons in Off-Broadway had the play’s world debut.

She made her Off-Broadway debut in 2006 in Douglas Carter Beane’s The Little Dog Laughed, playing Diane, a screen agent who is, in the words of one critic, “a Mephistopheles in Manolos.” In October 2006, the production made its way to Broadway with a new cast that included Tom Everett Scott, a previous co-star from Grace Under Fire. For her performance, she was given the Tony Award for Best Performance by a Leading Actress in a Play.

On Grace Under Fire, White portrayed the eccentric neighbor Nadine. White joined the program in 1993 and made appearances during the first four seasons. She did not, however, take part in the show’s last season. Conflict with Brett Butler, the show’s star, was the primary reason for her resignation.

After that, White had multiple cameos as Dr. Anne Morella on NBC’s Law & Order: Special Victims Unit and Mitzi Dalton-Huntley on HBO’s Six Feet Under. Although White turned down a recurring role when she was offered the part in The Little Dog Laughed, she also made an appearance on Desperate Housewives as Amanda in the Season Two finale. In the films Transformers and its follow-ups, Transformers: Revenge of the Fallen and Transformers: Dark of the Moon, she portrays Judy Witwicky, mother of the main human character Sam Witwicky. 2007 saw White make an appearance in the ABC comedy Cavemen.

For her performance in the play From Up Here, White was nominated for a Drama Desk Award in 2008 for Outstanding Actress in a Play.

She had an appearance in the 2009 Kevin Bacon-starring HBO original film Taking Chance. She also provided the voice for the computer-animated movie Monsters vs. Aliens from 2009.

On the reality TV program Iron Chef America, White has appeared as a guest judge on numerous occasions. From July 28 to August 25, 2013, at the Golden Theatre on Broadway, White filled Sigourney Weaver’s original Masha role in Christopher Durang’s drama Vanya and Sonia and Masha and Spike.

In 2013, White served as a series regular on Garry Trudeau’s political comedy series Alpha House on Amazon. Gil John Biggs, a senator from North Carolina, is portrayed by John Goodman, and White portrays his wife, Maddie. The second season of the program, which is now in production over the summer of 2014, will also feature White.

She joined the Nurse Jackie ensemble in 2014 for the sixth season of the Showtime drama.

From April to June 2015, she made her Broadway debut at the Samuel J. Friedman Theatre in the Manhattan Theatre Club’s production of Lisa D’Amour’s play Airline Highway. Both the 2015 Tony Award for Featured Actress in a Play and the 2015 Drama Desk Award for Outstanding Featured Actress in a Play were nominated for White. She performed Kate in Sylvia at the Cort Theatre later in 2015 opposite Matthew Broderick and Annaleigh Ashford.

White succeeded Laurie Metcalf as Nora in A Doll’s House, Part 2 at the John Golden Theatre on Broadway in July 2017.

In the third season of Netflix’s Designated Survivor, White played Lorraine Zimmer in a recurring role.

At the Booth Theatre on Broadway in 2019, White joined the cast of Gary: A Sequel to Titus Andronicus. The show’s initial star, Andrea Martin, was unable to continue due to an unforeseen injury. With only a few extra days for rehearsal, Kristine Nielsen took over Martin’s role and White took over Nielsen’s. For their performances, both women received Tony Award nominations for Featured Actress in a Play.

White was chosen to play Helen Smallwood in the 2022 season of the CBS comedy How We Roll.