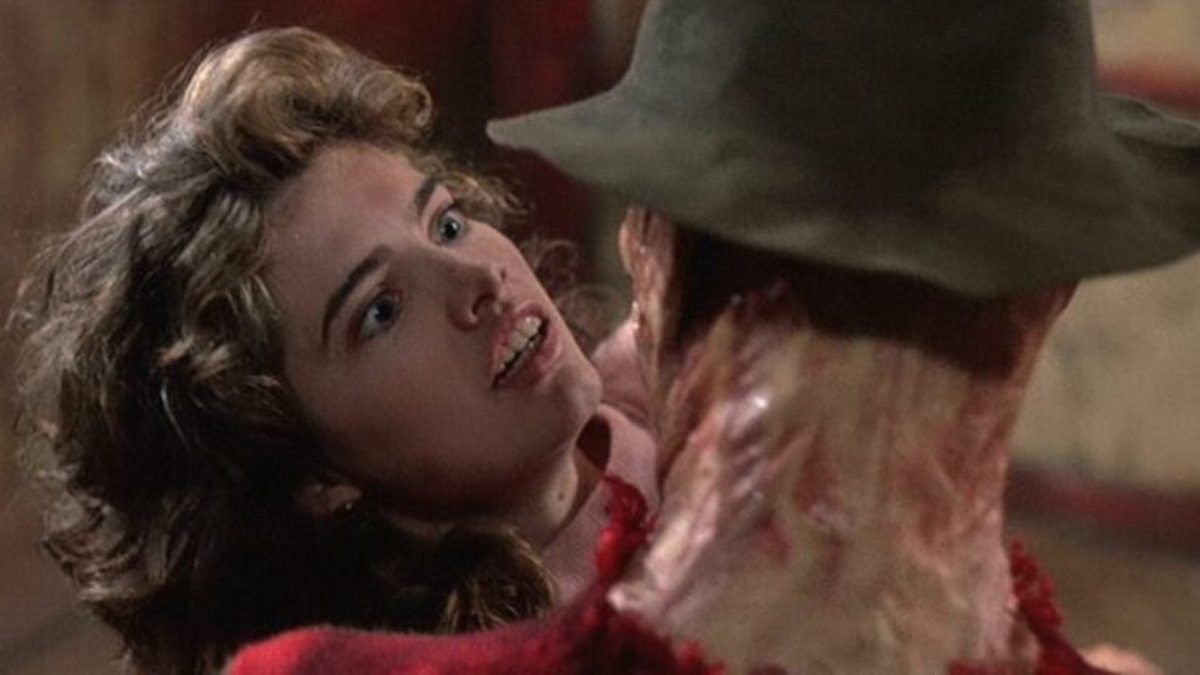 Robert Englund has repeatedly claimed that his time as Freddy Krueger is at an end, but could he be coaxed back one more time to play the iconic Springwood killer? Fans will certainly be hoping so, as actress Heather Langenkamp recently revealed that she would certainly like to have one final showdown with the razor-fingered dream demon.

Heather Langenkamp is to the Nightmare on Elm Street franchise what Jamie Lee Curtis is to Halloween, and it was while watching Curtis’ return to the franchise after many years that the actress realized she would love to see her character of Nancy returning to Elm Street one more time. While speaking to Entertainment Tonight, Langenkamp said:

“If Nancy could fight Freddy one last time, I would really like that. Gosh, I’d love to see a future in that. I’ve been really watching the Halloween saga that’s been out, and I love watching Jamie Lee Curtis get to play that part. You know, this age, where I think we have so much to give to those storylines, but yeah, I wish I was in control of that, but, unfortunately, it’s one of those Hollywood very complicated things.”

This is not the first time that the actress has expressed a wish to bring Nancy back for more nightmares, but she has also noted that there are a number of potential stumbling blocks. First, there is Englund, who, despite making a cameo in The Goldbergs series back in 2018, has constantly said that he is now too old to deliver the physical part again. There is also the fact that franchise creator Wes Craven is no longer around, and as she said in a 2019 interview, there are few people who could be creative enough with the franchise.

Wes Craven managed to revitalize the horror genre many times during his career, and he even did it with his own creation. While he became well known to a generation for creating the Scream franchise, a movie series that poked fun at the slasher genre while being an iconic slasher film itself, for fans of his earlier work, A Nightmare on Elm Street stands high above most other horror movies of the 80s. When Craven returned to the franchise in 1997 to deliver Wes Craven’s New Nightmare, a film that saw the stars of the original movie playing fictional versions of themselves being terrorized by Freddy Krueger in real life, it was another triumph for the director.

Of course, having broken Freddy out of the dream world and put him in a real-life environment instantly ended the franchise as a whole. Krueger, however, did return one more time in Freddy vs. Jason, a mash-up smackdown between Krueger and Friday 13th killer Jason Voorhees, and that seemed to be the end of the road as far as Robert England’s time as Krueger on the film went. Whether the success of Blumhouse’s Halloween trilogy could lead to one more Elm Street movie with both Englund and Langenkamp is something that only time will tell but it is something that Blumhouse’s Jason Blum has made no secret he would love to make happen. No doubt, many Freddy fans would love to see it too.

Both stars can currently be found in separate Netflix projects. Robert Englund appears in the fourth season of Stranger Things, while Heather Langenkamp stars in season 1 of Mike Flanagan’s series The Midnight Club.