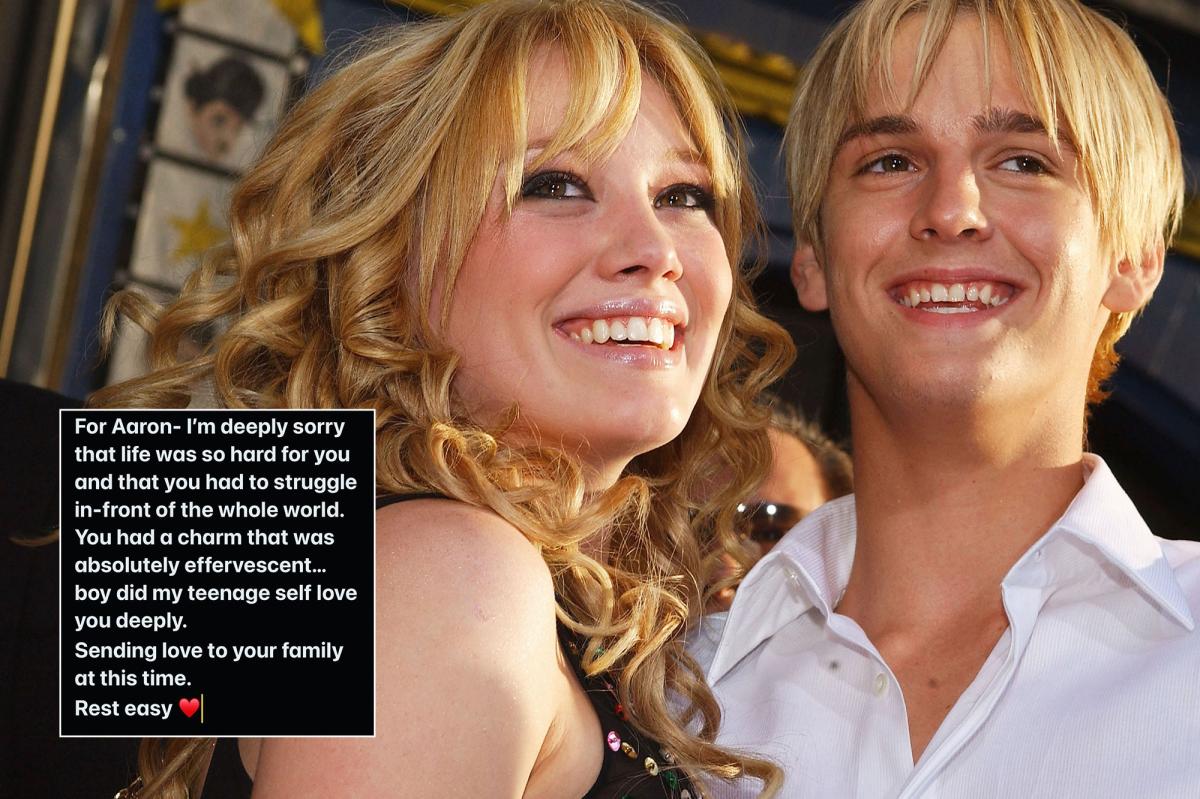 Hilary Duff penned a touching tribute to her ex-boyfriend Aaron Carter after his death Saturday.

“For Aaron- I’m deeply sorry that life was so hard for you and that you had to struggle in-front of the whole world,” the “Lizzie McGuire” alum, 35, wrote via Instagram.

“You had a charm that was absolutely effervescent … boy did my teenage self love you deeply.”

Duff concluded her message by telling Carter to “rest easy” and “sending love” to his grieving family.

The former couple started dating in 2000 when they were both 13 years old. They were together on and off for three years, ultimately breaking up for good after an infamous love triangle with Lindsay Lohan.

“I just got a little bored, so I went and I started getting to know Lindsay, dating Lindsay,” Carter admitted on CNBC’s “The Big Idea with Donny Deutsch” in 2005, adding that Duff “really got her heart broken,” which he felt “sorry” about.

After the “Younger” star grew up and started a family years later, the “Aaron’s Party (Come Get It)” singer continued to express regret over how he had treated her.