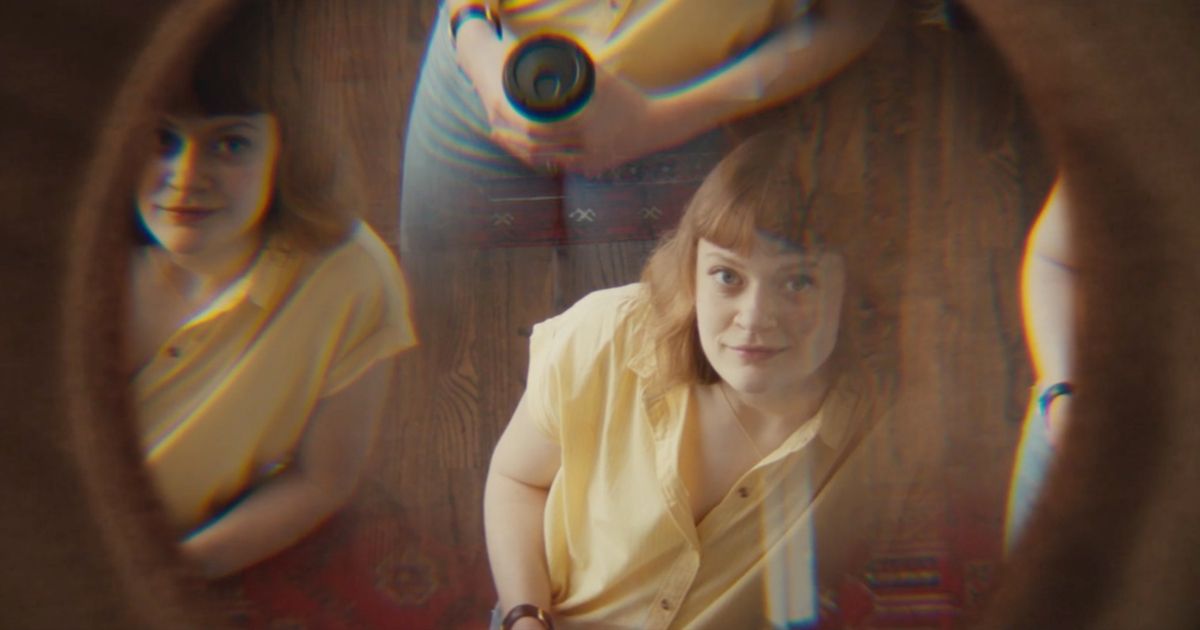 While the body-swap subgenre is fairly tired by now, it’s arguably never reached its full potential. While there are very fun films in this niche category of cinema, such as Big and All of Me, body-swap movies have rarely tapped into the subgenre’s inherent capacity to explore human empathy and the true allegorical subtext of a Freaky Friday-like situation. However, the upcoming film Homebody is going to give it a shot.

An official selection at New Fest and Outfest, Homebody is a sweet fantasy comedy that follows the consequences of the young Johnny (Tre Ryder) after the child studies a New Age mindfulness tutorial on YouTube about separating the spirit from the body. Johnny subsequently takes over the body of his babysitter Melanie (Colby Minifie), exploring the vessel which is her body while navigating her life and, of course, eating as much candy as possible. Check out the trailer for Homebody below.

Minifie is well-known by now for her performances as Ashley Barrett in The Boys, Virginia in Fear the Walking Dead, Ginger in The Marvelous Mrs. Maisel, and Robyn in Jessica Jones, but takes on a very different role in Homebody. Body-swap films always give actors the chance to display some range, from Nicolas Cage and John Travolta playing each other in the unexpectedly masterful Face/Off to Tom Hanks’ endearing portrayal of a kid in a man’s body with Big, and Minifie seizes the opportunity.

Playing the young and focused Melanie, Minifie completely changes gears when occupied by Johnny’s spirit. “Her expressive face tells the story even without Johnny’s inner monologue,” Nerds and Beyond writes. “Minifie is excellent at wide-eyed innocence, which may surprise fans who know her as Ashley on The Boys. The quiet moments that focus on Johnny-as-Melanie trying to navigate the adult world are the best parts of the film.””

What has gotten the most buzz, though, is the way Homebody finally uses the body-swap genre to explore gender identity, the dysphoria of transgender individuals, and the complicated nature of bodies. Queering the traditional Freaky Friday structure, the film finds Johnny experimenting with the female body, having been given the opportunity to actually inhabit a different gender. With tact and tenderness, Homebody finds Johnny developing a better understanding of his own gender and psyche by using Melanie to put on make-up, wear dressed, and simply break the male/female binary.

As Jennie Kermode of Eye For Film writes, “[Homebody] deals, amongst other things, with the process of gender exploration, but it does so with such a light touch that no particular knowledge about this is needed to understand or enjoy it. Trans people will find an additional layer of magic there and quite possibly end up in tears, but part of the joy of the film is the sense of freedom and openness to possibility which it creates.”

Written and directed by Joseph Sackett after a series of award-winning shorts, Homebody has been garnering acclaim on the festival circuit ahead of its Nov. 11th theatrical release courtesy of Cinedigm. Also starring the great Maria Dizzia (Orange is the New Black, 13 Reasons Why, The Staircase) and Zoe Chao (The Afterparty, Living With Yourself), Homebody will be available on Fandor and Video On Demand outlets on December 6 after its theatrical release.