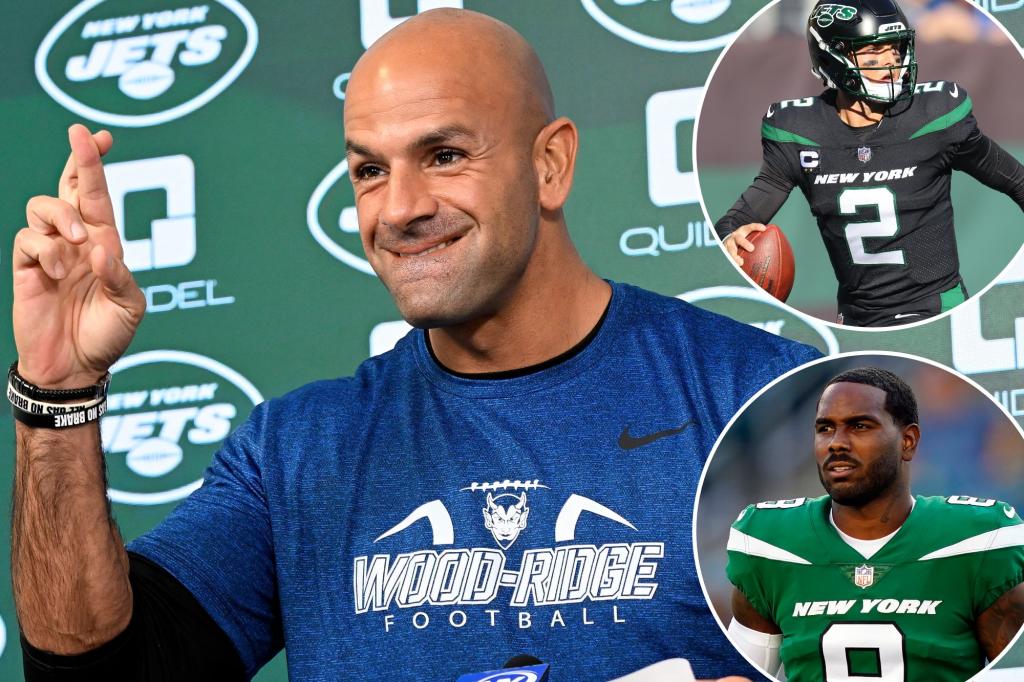 How Jets can produce The Perfect Game to beat mighty Bills

The Bills are 11.5-point favorites, not quite as much as the Baltimore Colts were over the Broadway Joe Jets in Super Bowl III, but you get the point. Even with the young Joe Namath at quarterback instead of Zach Wilson, the Jets would have been underdogs against this bunch.

But wait … in this NFL — a 2022 NFL that has been so uncharacteristically cruel to the likes of Tom Brady and Aaron Rodgers and the defending Super Bowl champion Rams — it is not impossible for anyone to dream the improbable dream on any given Sunday.

The Dolphins beat Josh Allen and the Bills at home in Week 3, so the Jets also can spring the upset by playing …

1. It has to start with Zach Wilson playing The Perfect Game. That means resisting any temptation to engage Josh Allen in a shootout against a Buffalo defense that is No. 1 in points per game allowed. That means throwaways instead of ego ball. That means a fourth game in the past five with zero turnovers. A perfect recipe to keep the Mike White chorus from singing. Show that you’re learning to play the quarterback position. The good news: Bills safeties Micah Hyde and Jordan Poyer won’t be playing.

Still, because Sauce Gardner and D.J. Reed will have their hands full with Stefon Diggs and Gabe Davis, merely managing the game won’t be enough. A couple of chunk plays to Garrett Wilson would help. Chiefs defensive coordinator Steve Spagnuolo had some success blitzing Allen. Spying Allen also can be useful as a change of pace, but he almost always checkmates the opponent.

2. Play keep-away. Once upon a time, an explosive Buffalo offense led by Jim Kelly watched helplessly from the sidelines as the Super Bowl XXV Giants possessed the ball for 40:33. No one should expect Wilson to play the part of Jeff Hostetler or expect Michael Carter or James Robinson to mimic Super Bowl XXV MVP Ottis Anderson, but obviously the less time Allen has the ball, the better.

“Whenever you’re going against a super-high-powered offense that can score at any time, you definitely want the ball in your offense’s hands as much as possible,” center Connor McGovern said. “Their offense has it a bunch and defenses, especially the way ours plays with how much effort and violence they play at every play, they get tired eventually. So you gotta make sure we do what we can to make sure our defense is fresh and ready to roll.”

Though the Bills locked up Titans running back Derrick Henry (12-25-1), the Jets were surprised with the way the Packers ate the clock last week by running the ball even when they were down big in the second half. But the success of Aaron Jones (20-143) and A.J Dillon (10-54) was not lost on the Jets.

3. Score a defensive touchdown. The Bills’ defense allows a league-low 14.0 ppg. Jets head coach Robert Saleh and general manager Joe Douglas have reminded Zach Wilson — and everyone else — that he doesn’t have to do this alone. A Michael Carter II pick-six without a John Franklin-Myers roughing the passer penalty this time would be … perfect.

4. This one is for you, offensive coordinator Mike LaFleur: Free Elijah Moore and Braxton Berrios. Moore is a playmaker. Get him in the slot and get him the ball in space. And why has Berrios been the forgotten man in the passing game? This is a guy Wilson trusts implicitly because he knows exactly where he will be all the time. A year ago, Berrios had been targeted 31 times (23 receptions, two TDs) after eight games. He has been targeted 15 times (11 receptions, zero TDs) after eight games this season.

5. Be special. Wilson started drives against the Patriots from his own 18-, 8-, 17- and 12-yard lines. Special teams coordinator Brant Boyer had himself a teaching tool this week: No more 22-yard punts from Braden Mann. No more 32-yard punt returns allowed.

6. Play to win. Saleh should show up as Riverboat Robert. Go for it on fourth-and-short. Show your players you believe in them. You don’t beat Josh Allen with field goals.

It’s the perfect time for The Perfect Game.