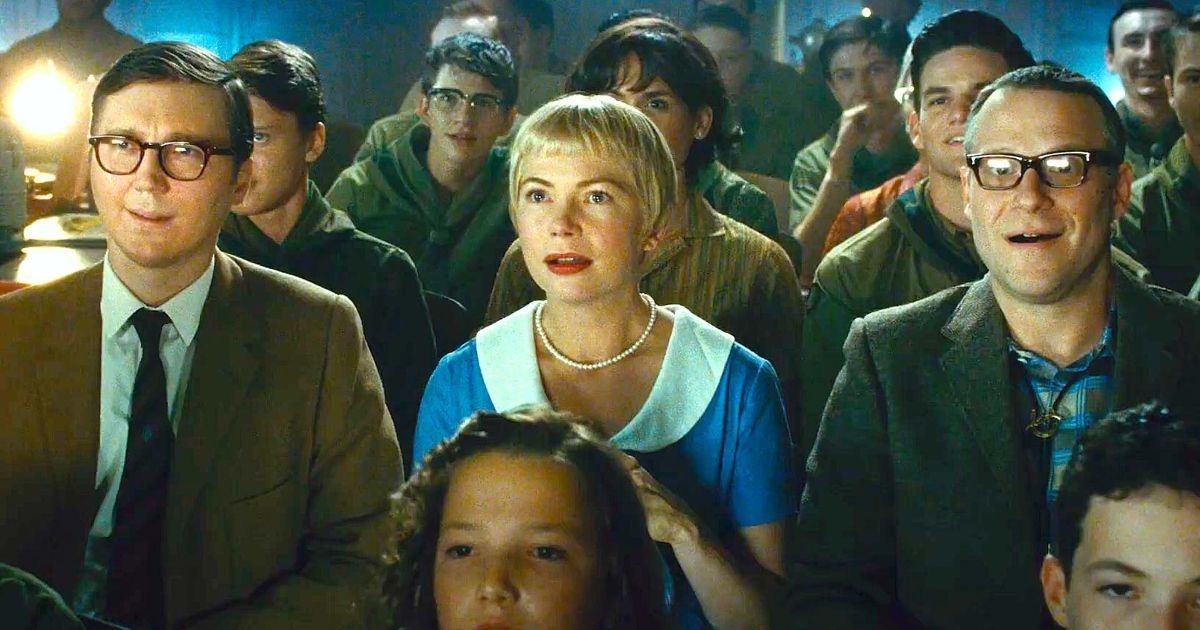 Since the 1970s, Steven Spielberg has enjoyed an unparalleled reign as Hollywood’s director king of box office smashes like the Jurassic Park films and critically-acclaimed art films like Schindler’s List. With the movie camera as his pen, he has rewritten the cinematic language as we know it and authored some of the greatest stories of our time along the way. But only now, nearly fifty years after Jaws (1975) altered Hollywood history, has the legendary filmmaker decided to tell his own coming-of-age story in his upcoming drama, The Fabelmans, which premiered at TIFF last month.

Though The Fabelmans might seem like a swansong for Spielberg, he recently stated that he does not intend to step out of the director’s chair any time soon. And for the Indiana Jones director’s latest adventure into the uncharted lands of semi-autobiographical filmmaking, Spielberg, not unlike Gandalf enlisting the aid of a wide-eyed Hobbit, recruited an unlikely wingman and movie-loving apprentice, Seth Rogen.

In The Fabelmans, the comedic actor Seth Rogen plays the supporting role of Bennie Loewy, a fictional character based on a real-life man named Bernie who was a “fun uncle” father figure to a young Steven Spielberg back in the 1960s when the film is set. Rogen is joined by an impressive cast with Michelle Williams, Paul Dano, Gabriel LaBelle, and Julia Butters (the razor-sharp little girl from Once Upon a Time in Hollywood), all of whom play fictionalized versions of real people from Spielberg’s life.

The Fabelmans Explores Spielberg’s Troubled Relationship With His Father

Spielberg had an infamously troubled relationship with his real-life father (portrayed by Paul Dano), which formed the basis for much of the drama in the film, which Spielberg co-wrote with frequent screenwriter collaborator Tony Kushner. This may explain the recurring themes of daddy issues across Spielberg’s career, from the shadow of the absent father looming over the suburban family in E.T. The Extra-Terrestrial (1982) to Christopher Walken’s creepy wink at Leonardo DiCaprio in Catch Me If You Can (2002).

While researching his character, Rogen noticed that Spielberg’s family members who knew the man in real life lit up whenever Bernie’s name was mentioned. They remembered Bernie to be the kind of guy who was instantly loved by everybody. The moment he walked into a room, he had everybody in stitches. What made Rogen’s task of portraying Bernie all the more daunting was the paranoia of knowing that the Knocked Up actor himself is not always loved the moment he walks into a room. From time to time, the comedic actor has found that he has had to grow on people. Like, for instance, when he totally blew his first interaction with Steven Speilberg.

Rogen has come a long way with Spielberg since their first meeting years ago at the Motion Picture & Television Fund Oscars “Night Before” event left the Pineapple Express actor feeling like his chances of ever working with the director had gone up in smoke. During an interview on The Howard Stern Show in 2019, Rogen said:

“[It was this] big party with a lot of famous people at it. And I was outside. There was someone else I knew and we started smoking a joint. And it was this awkward moment where Steven Spielberg walked up to me as I had this joint in my hand and I could just tell he did not like it. It was a very judgemental moment. And then you’re confronted with this thing, like, ‘Do I try to hide it? Do I just keep smoking it? What do I do?’ I was like, ‘I think I just have to take ownership over this and keep smoking this joint in front of Steven Spielberg.’ And I did. I’ve run into him a few times [since] and he always seems a little disappointed in me.”

Somehow, Rogen and Spielberg managed to hash it out. Perhaps their shared heritage played a role in bringing the two filmmakers together, as Spielberg and Rogen are both descendants of Ukrainian Jews who immigrated to North America. Rogen’s to British Columbia, where he grew up before pursuing an acting career in Los Angeles, and Spielberg’s to the Arizona desert in which The Fabelmans is set.

In an interview at TIFF, Paul Dano told The Hollywood Reporter that Rogen was one of the first actors attached to The Fabelmans and likely the first key cast member to read the script, suggesting that Spielberg knew early on that the This Is The End actor had something in common with the character. Among his illustrious filmmaking talents, Spielberg certainly has a knack for casting since, ironically, the real-life Seth Rogen performed a similar role to his “fun uncle” character while on the set by buddying up with the director throughout the production.

Seth Rogen Camped Out With Steven Spielberg on the Set

Whenever Rogen was not in front of the camera filming his scenes, he would camp out at video village on the set of The Fabelmans. A video village is typically a tent where the director and other core members of production often review shots on a monitor to ensure they are ready to move on to set up their next shot. It is a place that most Hollywood actors avoid like the plague, as they often cannot cope with the intense feelings of self-consciousness that can arise from watching their own performances on playback right after a take. However, there are exceptions like Jeff Bridges, who would review takes on the monitor to, like, fine-tune his iconic, uh, ya know, performance as The Dude in The Big Lebowski (1998), man.

So what was Seth Rogen doing camped out at video village all that time? Pretty much exactly what any massive fan would be doing if they were allowed to pull up a seat beside one of the greatest filmmakers of all time: Rogen, a writer, producer, and director in his own right, asked the legendary filmmaker countless questions about how he achieved certain shots in his previous films and about what was informing his creative decisions on a shot-by-shot basis on The Fabelmans.

In an interview at TIFF, Seth Rogen said:

“I was very fortunate to be working with actors who don’t like to watch themselves [on the monitor]. So it left real estate next to Steven [at video village]… I would ask [Speilberg] what he was doing, why he was shooting [The Fabelmans] the way he was shooting it. [Spielberg] would scribble little storyboards all the time. I’d ask him to show me those and why he came up with them. ‘Why are you putting the camera here and not here?’ It was purposely educational. I tried to absorb every ounce of it.”

Rogen may have absorbed every ounce of his exclusive Spielbergian film school. But for his part, the director seemed to relish Rogen’s lighthearted company. Speaking at the same TIFF Q&A, Spielberg described the production as “emotionally a very difficult experience, not all of it. But some of it was really really hard to get through”. Who wouldn’t want a famous stoner buddy like Seth Rogen by their side to help cheer them up while reliving childhood trauma like that?

Fans of Steven Spielberg, just like Rogen, can take in every ounce of the director’s most personal work when Universal Pictures releases The Fabelmans in theaters across the United States this November 11, 2022.