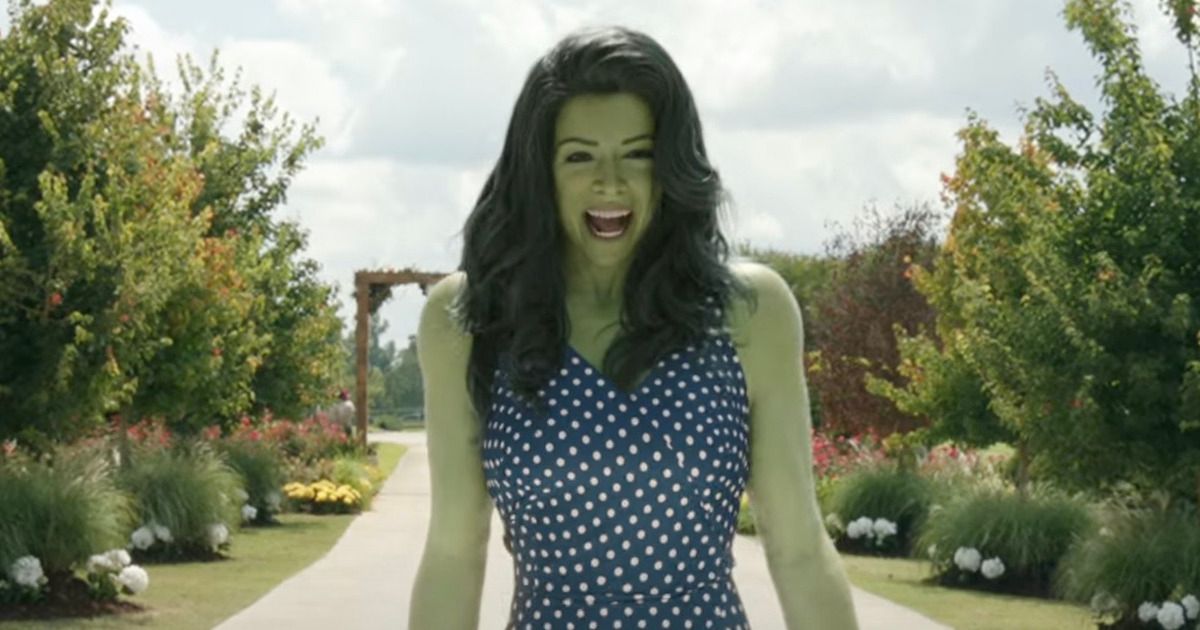 The TV shows in the fourth phase of Marvel Cinematic Universe have been kind of hit-and-miss so far. WandaVision started it all off with a bang – with a stellar story compactly contained within its nine episodes while simultaneously setting up multiple characters for their future outings in the MCU. The rest have mostly dwindled their way forward.

Jessica Gao’s She-Hulk: Attorney At Law, starring Tatiana Maslany as Jennifer Walters, aka She-Hulk, has similarly met with mixed reactions. So far, the show has not disappointed with its many guest star cameos – from DareDevil star Charlie Cox to Benedict Wong’s Sorcerer Supreme Wong. The out-and-out comedy also helps break the MCU fatigue in more ways than one. First things first, She-Hulk is a breezy watch that doesn’t take itself too seriously, and it is very much like a comic book story come to life in TV format, and that is what makes the show worth a watch.

She-Hulk’s biggest villain is big ol’ patriarchy. Everything in this show can be comically justified with the perilous woes of patriarchy and how it spares no one, irrespective of gender and sexuality. Well, because She-Hulk is essentially a comic book show, and the logic applied to the plots has to be reductive in some ways too. But it works.

RELATED: MCU’s Blade: Why X-Men ‘97 Writer Beau Demayo Would Be Step in the Right Direction

For instance, even though it took years for Mark Ruffalo’s Hulk/Bruce Banner to get his two personalities to coexist in peace, Maslany’s Hulk does it within days because, in a misogynistic world, women are always walking around with tempestuous rage, skillfully contained to project an image of tremendous cool so that we are taken more seriously by society. This is something that Bruce, a man, could only scratch the surface of before the Hulk’s fury unleashes its jet stream.

Even when things are not being resolved with the tenets of feminism 101 in She-Hulk, the premise requires some amount of suspension of disbelief. Jameela Jamil’s supervillain Titania is cartoonish with a “flare of ridiculous,” as Jamil puts it herself. Jamil’s Titania is a caricature of every vapid social media influencer, who the star likes to call out in real life as well. She is introduced in the show, suddenly attacking a courtroom full of lawyers, judges, witnesses, and jury, which forces Jen’s hand into revealing herself as the She-Hulk – a reductive moniker she reluctantly embraces. It is never explained why Titania attacks the courtroom and why she is not charged with it, even though this is a show about laws and the legality of things in a broader and rather vague sense of the word.

There are also recurrent themes of struggles with self-identity and self-esteem strung along in a story ultimately about a lawyer who happens to have become a Hulk due to an oopsie-whoopsie mostly. She-Hulk’s origin story gets one flashback, where Bruce’s blood spilling into Jen’s open wounds passes on the radioactive Hulk genes to her. This unleashes a band of goons who want to steal her superhero blood. Why have these nefarious criminals never tried to go after Bruce the same way? Another thing we would like an explanation for.

RELATED: Will These MCU Plot Holes Ever Be Addressed?

Tim Roth’s Emil Blonsky, aka the Abomination, is on a self-healing journey where he is determined to uplift as many as he can in his wake. But Roth plays it differently than his last outing with the character. There are just the right shades of slippery, where you will keep guessing. Much like Titania’s character, where things are kept wide open for her and Jen to turn friends from foes, Blonsky’s character can turn any minute in true comic book style.

The homicidal incels in basements from Apple TV’s Roar are very much a reality. And they also make their way into She-Hulk’s world because no modern tale of misogyny can be complete without their existence, it seems. However, their homicidal tendencies can only go so far when they are dealing with a superhero. Here they take to shaming and humiliating Jennifer Walters in front of all of her colleagues.

These incels are first introduced posting anonymous death threats to She-Hulk on a website called Intelligencia, along with the mysterious HulkKing and his army of scientists who are seemingly waiting on a sample of her blood. The show definitely takes a novel turn for an MCU property when the incels leak a non-consensual intimate tape that forces its superhero to finally lose control and go on a rampage.

The final and ninth episode of the season is yet to air, where we will perhaps see who emerges as the final rival for She-Hulk. Will they pit her against another woman (the oldest trope in the book), perhaps Titania, in a new and more fearsome avatar, or will she be up against the one who is manipulating the incels? We shall know on October 13 when the last episode releases.